He was the son of Townsend Mullins, the second son of The 1st Baron Ventry, and his second wife Christabella, daughter of Solomon Dayrolles. Mullins was commissioned a lieutenant in the 7th Regiment of Foot on 5 February 1807, and served with the regiment in the Peninsular War. He fought at Busaco and Albuera and was badly wounded at the latter. [1] He purchased a captaincy on 13 August 1811. [2] Mullins was slightly wounded while serving with the 7th at the Battle of New Orleans, [3] where his uncle, Thomas Mullins, commanded a regiment. He exchanged out of the 7th to take half-pay on 11 December 1817 [4] and did not return to the Army.

On 18 August 1821, he married Eliza Theodora Blake, daughter of Sir John Blake, 11th Baronet, and his wife Rose, Mullins' first cousin. He succeeded his uncle as Baron Ventry in 1827.

On 16 February 1841 he assumed the surname of de Moleyns for himself and the other descendants of the 1st Baron Ventry. This was in token of Ventry's claim to be descended from the medieval de Moleyns family of Burnham, Norfolk, which, however, has never been firmly established.

Lord Ventry died in 1868 at Burnham House, the family seat near Dingle. He was succeeded by his eldest son, Dayrolles.

Baron Ventry, of Ventry in the County of Kerry, is a title in the Peerage of Ireland. It was created in 1800 for Sir Thomas Mullins, 1st Baronet. He had already been created a Baronet, of Burnham in the County of Kerry, in the Baronetage of Ireland in 1797. The Mullins family claimed descent from the Norman De Moleyns family. The first Baron's grandson, the third Baron, resumed the alleged 'ancient' family name of De Moleyns by Royal licence in 1841. His son, the fourth Baron, sat in the House of Lords as an Irish Representative Peer from 1871 to 1914. Lord Ventry also assumed the additional surname of Eveleigh, which was that of an earlier ancestor. His younger son, the sixth Baron, married Evelyn Muriel Stuart Daubeny. As of 2014 the titles are held by their grandson, the eighth Baron, who succeeded his uncle in 1987. In 1966 he assumed by deed poll the surname of Daubeney de Moleyns. 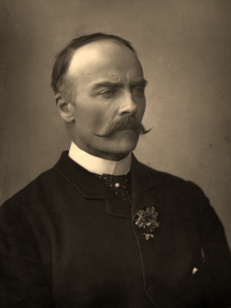 Colonel Edward James Saunderson was an Anglo-Irish landowner and prominent Irish unionist politician. He led the Irish Unionist Alliance between 1891 and 1906. 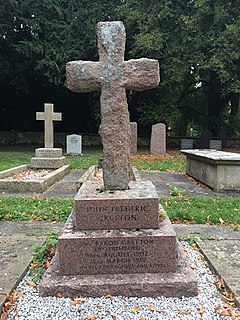 Thomas Mullins was a British Army officer of the 44th Regiment of Foot, best known for his misconduct at the Battle of New Orleans during the War of 1812. While he performed well during the Chesapeake campaign, his failure to check on the regiment's engineering supplies at New Orleans played a key role in the disorganization and subsequent defeat of the British there.

Thomas Mullins may refer to:

Hersey Alice Hope, Marchioness of Linlithgow was a British aristocrat, who was the wife of John Hope, 1st Marquess of Linlithgow, who, as the 7th Earl of Hopetoun, was the first Governor-General of Australia 1901-1902.

Solomon Dayrolles was an English diplomat.

George Henry Conyngham, 3rd Marquess Conyngham, styled Earl of Mount Charles from 1832 to 1876, was a British peer and soldier.