Thomas de Thelwall (died 1382) was an English judge and Crown official who spent part of his career in Ireland, where he held office as Master of the Rolls in Ireland and clerk to the Privy Council of Ireland. He was Chancellor of the Duchy of Lancaster 1377–78.

Little is known of his early life; his surname suggests that he was a native of Thelwall, Cheshire. He is first heard of as a clerk in the Royal Chancery in about 1360. He became parish priest of Polebrook in Northamptonshire in 1361. [1]

In 1369 he accompanied William de Windsor, the new Lord Lieutenant, to Ireland; he became Master of the Rolls in 1372 and a prebendary of St Patrick's Cathedral, Dublin. [2] Otway-Ruthven describes him in 1374 as Clerk to the Irish Privy Council, one of the first men to have held this office. [3]

William Berkeley, 4th Baron Berkeley of Stratton PC, PC (I), was a British politician and judge, of the Bruton branch of the Berkeley family. He was Master of the Rolls in Ireland between 1696 and 1731 and also held political office as Chancellor of the Duchy of Lancaster from 1710 to 1714 and as First Lord of Trade from 1714 to 1715. 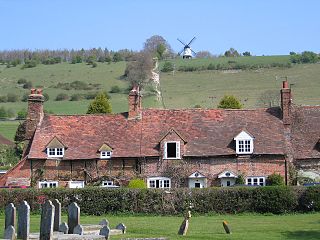 Geoffrey de Turville was an English-born judge and cleric in thirteenth century Ireland, who held office as Bishop of Ossory and Lord Chancellor of Ireland. 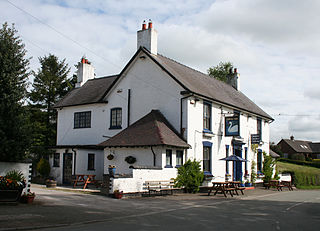 Walter de Fulburn, or de Fulbourn was a leading English-born statesman and cleric in medieval Ireland, who held the offices of Bishop of Waterford, Bishop of Meath and Lord Chancellor of Ireland

Sir John Morice was an English-born statesman of the fourteenth-century whose career was mainly spent in Ireland. He is remembered chiefly for his enthusiastic, if not very successful, efforts to reform the Irish administration.

Richard Wogan was an Irish judge and cleric who held the office of Lord Chancellor of Ireland and also served as a soldier.

Sir John Alan was a leading English-born statesman in sixteenth century Ireland. He was a member of the Irish House of Commons, and held the offices of Master of the Rolls in Ireland, Chancellor of the Exchequer of Ireland and Lord Chancellor of Ireland. Though he was childless himself, one of his brothers, William, founded a prominent landowning dynasty in County Kildare. The family's holdings included the manor of Kilteel, as well as substantial lands in County Dublin. They also acquired a baronetcy.

John L'Archers, or L'Archer was an English born cleric and judge who had a distinguished career in Ireland, holding the office of Lord Chancellor of Ireland. He died during the first outbreak of the Black Death in Europe, and was probably a victim of it.

Sir Simon Fitz-Richard was an Irish barrister and judge. He became Chief Justice of the Irish Common Pleas, and fought a long and successful campaign against the efforts of his political enemies to remove him from office.

John de St Paul, also known as John de Owston and John de Ouston, was an English-born cleric and judge of the fourteenth century. He was Archbishop of Dublin 1349–62 and Lord Chancellor of Ireland 1350–56. He had previously been Master of the Rolls in England 1337–40. Apart from a brief period of disgrace in 1340, he enjoyed the confidence of King Edward III. He was described as a zealous advocate of English policy in Ireland, but also as a pragmatic statesman, who was willing to conciliate the Anglo-Irish ruling class. He did much to enlarge and beautify Christ Church, Dublin, although virtually no trace of his work survives, having been destroyed by the Victorian rebuilding of the Cathedral.

Hugh de Burgh was a Crown official and judge in fourteenth-century Ireland, who held the offices of Lord High Treasurer of Ireland and Chief Baron of the Irish Exchequer. He was praised for his good service to the English Crown, but was also accused of maladministration.

Robert le Poer was an Irish judge and Crown official who held the offices of Lord High Treasurer of Ireland and Chief Baron of the Irish Exchequer. 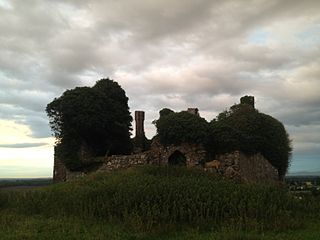 Robert Dyke was an English-born cleric and judge who held high office in fifteenth-century Ireland. He was appointed to the offices of Archdeacon of Dublin, Chancellor of the Exchequer of Ireland and Master of the Rolls in Ireland.

John de Kirkby was an English scholar, cleric and Crown official who held high judicial office in Ireland, and ended his career as Archdeacon of Carlisle.

Sir James Keating was an Irish cleric and statesman of the fifteenth century. He was Prior of the Irish house of the Knights Hospitallers at Kilmainham, and a member of the Privy Council of Ireland. Despite his political eminence he was a man of ruthless character and violent temper, who once tried to murder a senior judge, and was later responsible for the death of his intended replacement as Prior. After a long and turbulent career he was removed from office for his treason in supporting the Lambert Simnel Rebellion of 1487, and died in poverty a few years later.