Thomas of Brotherton, 1st Earl of Norfolk (1 June 1300 –4 August 1338), was the fifth son of King Edward I of England (1239–1307), and the eldest child by his second wife, Margaret of France, the daughter of King Philip III of France. He was, therefore, a younger half-brother of King Edward II (1307–1327) and a full brother of Edmund of Woodstock, 1st Earl of Kent. He occupied the office of Earl Marshal of England.

Thomas of Brotherton was born 1 June 1300 at the manor house at Brotherton, Yorkshire, while his mother was on her way to Cawood, where her confinement was scheduled to take place. [1] According to Hilton, Margaret was staying at Pontefract Castle and was following a hunt when she went into labour. [2] The chronicler William Rishanger records that during the difficult delivery his mother prayed, as was the custom at the time, to Thomas Becket, and Thomas of Brotherton was thus named after the saint and his place of birth. [3]

King Edward I hastened to the queen and the newborn baby and had Thomas presented with two cradles. His brother Edmund of Woodstock was born in the year after that. They were overseen by wet nurses until they were six years old. Like their parents, they learned to play chess and to ride horses. They were visited by nobles and their half-sister Mary of Woodstock, who was a nun. Their mother often accompanied their father on his campaigns to Scotland, but kept herself well-informed on their well-being. [2]

Thomas's father died when he was 7 years old. Thomas's half-brother Edward, became king of England (Edward II) and Thomas was heir presumptive until his nephew, the future King Edward III, was born in 1312. The Earldom of Cornwall had been intended for Thomas, but his brother the King instead bestowed it upon his favourite, Piers Gaveston, in 1306. When Thomas was 10 years old, King Edward II assigned to him and his brother Edmund, the estates of Roger Bigod, 5th Earl of Norfolk, who had died without heirs in 1306.

In 1312, Thomas was titled Earl of Norfolk by Edward II, and on 10 February 1316 he was created Earl Marshal. While his brother was away fighting in Scotland, he was left Keeper of England. He was known for his hot and violent temper. He was one of the many victims of the unchecked greed of the king's new favourite, Hugh Despenser the Younger and his father Hugh Despenser the Elder, who stole some of the young earl's lands.

He allied himself with Queen Isabella and Roger Mortimer when they invaded England in 1326, and stood as one of the judges in the trials against both Despensers. When his nephew Edward III reached his majority and took the government into his own hands Thomas, who had helped with the deposition, [4] became one of his principal advisors. It was in the capacity of Lord Marshal that he commanded the right wing of the English army at the Battle of Halidon Hill on 19 July 1333.

As a son of Edward I of England, Thomas was entitled to bear the coat of arms of the Kingdom of England, differenced by a label argent of three points. [7]

Thomas married firstly, before 8 January 1326, Alice de Hales (d. before 12 October 1330), daughter of Sir Roger de Hales of Hales Hall in Loddon in Roughton, Norfolk, a coroner, by his wife, Alice Skogan, by whom he had a son and two daughters: [8] [3]

Thomas's wife Alice died by October 1330, when a chantry was founded for her soul in Bosham, Sussex. [11] 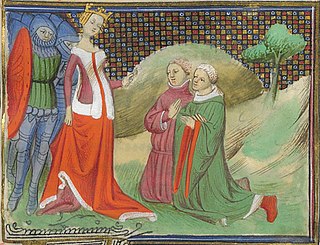 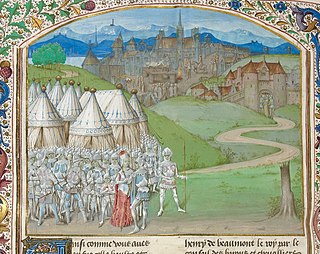 Roger Mortimer, 3rd Baron Mortimer of Wigmore, 1st Earl of March, was an English nobleman and powerful Marcher lord who gained many estates in the Welsh Marches and Ireland following his advantageous marriage to the wealthy heiress Joan de Geneville, 2nd Baroness Geneville. In November 1316, he was appointed Lord Lieutenant of Ireland. He was imprisoned in the Tower of London in 1322 for having led the Marcher lords in a revolt against King Edward II in what became known as the Despenser War. He later escaped to France, where he was joined by Edward's queen consort Isabella, where they may have begun an affair although there is no proof of that. After he and Isabella led a successful invasion and rebellion, Edward was deposed; Mortimer allegedly arranged his murder at Berkeley Castle. For three years, Mortimer was de facto ruler of England before being himself overthrown by Edward's eldest son, Edward III. Accused of assuming royal power and other crimes, Mortimer was executed by hanging at Tyburn. 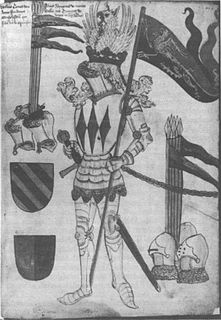 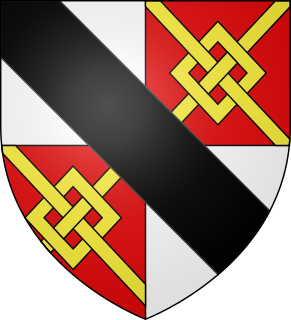 Hugh le Despenser, sometimes referred to as "the Elder Despenser", was for a time the chief adviser to King Edward II of England. He was created a baron in 1295 and Earl of Winchester in 1322.

Alice of Norfolk or Alice of Brotherton was an English noblewoman. She was the daughter of Thomas of Brotherton, and a granddaughter of King Edward I of England. She married Edward Montagu, 1st Baron Montagu.

William Montagu, 2nd Baron Montagu, was an English peer, and an eminent soldier and courtier during the reigns of Edward I and Edward II. He played a significant role in the wars in Scotland and Wales, and was appointed steward of the household to Edward II. Perhaps as a result of the influence of his enemy, Thomas, 2nd Earl of Lancaster, Edward II sent him to Gascony as Seneschal in 1318. He died there in October of the following year. 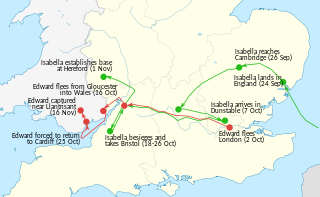