Thomas of Savoy may refer to: 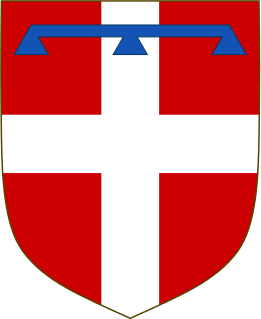 Count Thomas III, called Thomas of Savoy or de Savoie, was the lord of Piedmont and a claimant to the county of Savoy from 1268. 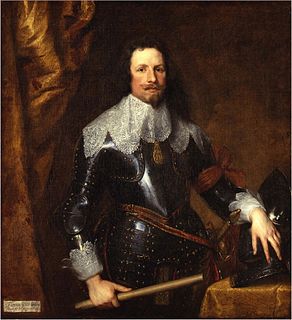 Thomas was Count of Savoy from 1189 to 1233. He is sometimes numbered "Thomas I" to distinguish him from his son of the same name, who governed Savoy but was not count.

Francis Hyacinth was the Duke of Savoy from 1637 to 1638 under regency of his mother Christine Marie.

Pinerolo is a town and comune in the Metropolitan City of Turin, Piedmont, northwestern Italy, 50 kilometres (31 mi) southwest of Turin on the river Chisone. The Lemina torrent has its source at the boundary between Pinerolo and San Pietro Val di Lemina. 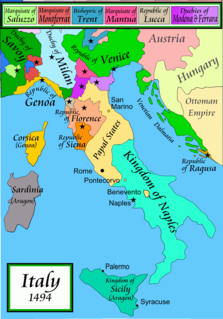 The Marquisate of Saluzzo was a historical Italian state that included French and Piedmont territories on the Alps. 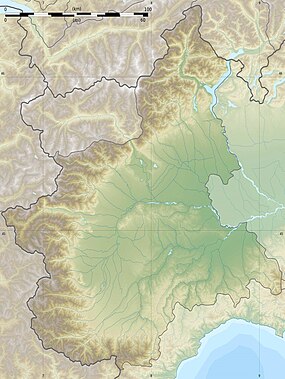 Lanzo Torinese is a comune (municipality) in the Metropolitan City of Turin, region of Piedmont, northwestern Italy. It is located about 30 kilometres (19 mi) northwest of Turin at the mouth of the Valli di Lanzo.

The County of Nice is a historical region of France located around the south-eastern city of Nice, and roughly equivalent to the modern arrondissement of Nice. 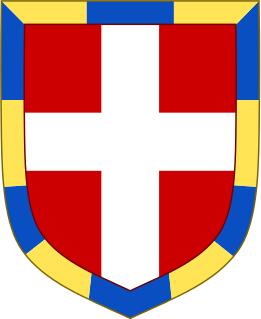 The Duchy of Aosta, originally the County of Aosta, was a realm ruled by the House of Savoy from the early 11th century until the late 18th, when its independent institutions were aligned with those of the Principality of Piedmont. The title "Duke of Aosta" continued to be used by the second sons of the Savoyard monarch. The land of the duchy is today a part of Italy.

The Savoyard state is a term of art used by historians to denote collectively all of the states ruled by the counts and dukes of Savoy from the Middle Ages to the formation of the Kingdom of Italy.