Thomassin may refer to: 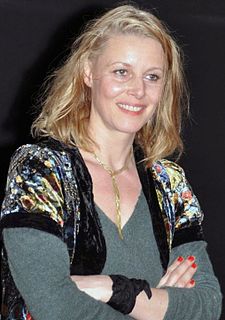 Florence Thomassin is a French actress and sculptor. In 2001, Thomassin was nominated for a César Award for Best Supporting Actress for her role of Beatrice in Bernard Rapp's A Question of Taste.

Laurie Thomassin is a French retired breaststroke swimmer who won a gold medal in the 4×100 m medley relay at the 2004 European Aquatics Championships. She also competed in the same event at the 2004 Summer Olympics.

Bazin is a French surname of Germanic origin. Notable people with the surname include:

Louis Thomassin was a French theologian and Oratorian.

Eugène Nicolas Sartory was an influential French archetier/ bow maker from Mirecourt, France. After having first apprenticed with his father, he went on to work in Paris for Charles Peccatte and Joseph Alfred Lamy (père) before setting up his own shop in 1889.

François Nicolas Voirin (1833–1885) was a French archetier (bowmaker), known in his time as the "Modern Tourte."

Jean-Jacques Millant (1928–1998) was an influential French bow maker/archetier of the Dominique Peccatte school. His cousin, Bernard Millant produced bows similar in style. Millant, son of violin maker Roger Millant, was apprenticed in Mirecourt, Vosges, France by the Morizot Brothers from 1946–1948, then worked with his uncle, Roger and Max Millant in Paris until 1950, after which he opened his own shop in Paris.

Bernard Millant was a bow maker, archetier and luthier in Paris, France. He was the son of Max Millant. He studied violin making at Amédée Dieudonné's workshop in Mirecourt. He also studied bowmaking with Louis Morizot alongside the Morizot Frères. He is known as an expert and for his reliable certificates for fine French bows, and was author of the definitive book on French Bows: Millant, Bernard; Raffin, Jean Francois (2000). L'Archet. Paris: L'Archet Éditions. ISBN 2-9515569-0-X.

André Georges Richaume was a prominent French archetier (bowmaker), from a family of makers.

François-Xavier Bazin was an important French archetier and master bow maker, and was first of the Bazin dynasty.

Marcel Charles Lapierre was French bow maker / Archetier who has been described as a "Maker of very fine bows much sought after by soloists."

Eugène Cuniot-Hury (1861–1910) was a French archetier and bow maker based in Mirecourt, France.

Lamy is a surname. Notable people with the surname include: