Thombattu is a village in Kundapura Taluk in Karnataka, India. It is in the Udupi district. It is located 45 km towards North from District headquarters Udupi. 26 km from Kundapura. 410 km from State capital Bangalore. Kota, Udupi, Karkala, Sagar are the nearby cities.

Thombattu is bounded on the west by the Arabian Sea, and the east by the Western Ghats. Thombattu consists of patches of paddy fields and coconut gardens imbedded in a hilly and forest terrain. This place receives heavy rain fall from June to October every year and climate is tropical.

The main economic activity of the village is agriculture: rice, coconut, arecanut and cashews. Rubber is also a main product.

The Varahi River, in locality it is called as Bagimane rive or Machattu river [1] or Halady river, [2] flows on the northern side of the village[ citation needed ] and is one of irrigation sources for river bank arecanut garden. This river, which is also called Halady river, joins the Arabian Sea near Kundapura after passing through Basrur, a historical village. flow in this river is greatly reduced after construction of the Mani Dam across the Varahi River, near Masthikatte. [3] this dam is very near to thombattu

Thombattu is bound by the Western Ghats, a world heritage site. These forests are home for a variety of plants and animals, some of which are rare/endangered.[ citation needed ]. The forests surrounding Kollur, Amasebail etc. are harbouring leopard, tiger, bison, cheetah, king cobra etc. are rare plants found include Rose wood etc. Mookambika Wildlife Sanctuary is located in the eastern side and is a thickly wooded sanctuary.

One Yakshagana, which plays dance-drama of 6 – 8 hours duration (full night) from November to May every year, in various towns and villages of Udupi district and surrounding districts. One organization called bajanamandali established in Thombattu it is Shri Mahaganapathi Bajanamandali Thombattu this organization perform cultural programs in nearby place.

Thodikana is an Indian village nestled in the foothills of the Western Ghats in southern Karnataka. It is a beautiful little village in Sullia taluk of Dakshina Kannada district, about 100 km from Mangalore city. This village has much greenery and is a very nice place to visit.

Shimoga district, officially known as Shivamogga district, is a district in the Karnataka state of India. A major part of Shimoga district lies in the Malnad region or the Sahyadri. Shimoga city is its administrative centre. Jog Falls view point is a major tourist attraction. As of 2011 Shimoga district has a population of 1,752,753. There are seven taluks: Soraba, Sagara, Hosanagar, Shimoga, Shikaripura, Thirthahalli, and Bhadravathi. Souparnika River or Sowparnika nadi is a river flowing through Kundapur taluk in Karnataka, India. It joins with the Varahi River, Kedaka River, Chakra River, and Kubja River known as Panchagangavali river and merges into the Arabian Sea. It flows near Mookambika temple, Kollur hence sometimes known as Kolluru nadi and is considered holy river by devotees of the temple.

Varahi River originate and flows through Western Ghats in the Indian state of Karnataka. It is also known as Halady or Haladi river in downstream areas. It joins the Arabian sea after flowing through places like Halady, Basrur, Kundapura and Gangolli. It joins with the Souparnika River, Kedaka River, Chakra River, and Kubja River which are known by Panchagangavali river and merges into the Arabian Sea. Pancha means five in Kannada and Samskrita and Ganga means river. According to mythology, Varaha is one of the incarnations of Lord Vishnu. Varahi is consort of Varaha.

Hebri is a Taluk in Udupi district of Karnataka, Hebri is at the foot of the Western Ghats of India in Karnataka state. This place is a main junction and a central point where roads leading to Mangalore, Brahmavar, Karkala, Kundapura, Agumbe and Udupi. The area's forests get high rainfall throughout the year. Someshwara Wildlife Sanctuary is located nearby which covers the entire route till Agumbe and to western Ghats. This sanctuary houses some of the endangered species like the King Cobra.

Shankaranarayana is a village in Kundapura taluk of Udupi district in the state of Karnataka in India.It is situated in midst of coconut and arecanut plantations along with forests adjoining western ghats. Earlier this village was called as Golikatte. 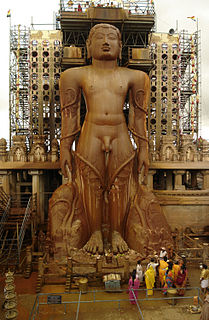 Karnataka, the sixth largest state in India, has been ranked as the third most popular state in the country for tourism in 2014. It is home to 507 of the 3600 centrally protected monuments in India, the largest number after Uttar Pradesh. The State Directorate of Archaeology and Museums protects an additional 752 monuments and another 25,000 monuments are yet to receive protection. Tourism centres on the ancient sculptured temples, modern cities, the hill ranges, forests and beaches. Broadly, tourism in Karnataka can be divided into four geographical regions: North Karnataka, the Hill Stations, Coastal Karnataka and South Karnataka.

Maravanthe is a village and a beach near Kundapura, Karnataka, India.

Joida is a small town in the Uttar Kannada district in the Indian state of Karnataka. The town is the headquarters of the eponymous taluk. Located close to Ambikanagar, Joida is also called Supa by locals. KPCL maintains the Supa Dam, which straddles the Kali River nearby. The closest tourism destination to Joida is Dandeli. Other close by tourism destinations include Yellapur, Canacona and Castle Rock. Joida is 22 km from Dandeli. Although it is a taluk, it is still underdeveloped, with the forest surrounding most of the town. Joida comes under Ansi Tiger Reserve Area, this reserve area is one of the 30 Tiger reserve area in India, just 1 km from Patoli on Dandeli-Joida Road. Joida is covered in dense forest of about 87% and the taluk has the lowest population in Karnataka State.

Ajri is a village in the southern state of Karnataka, India. It is part of Mysore Division.

Kundapura Taluk is a taluk in Udupi district in the Indian state of Karnataka.

Someshwara Wildlife Sanctuary is a protected wildlife sanctuary in the Western Ghats of Karnataka state in India. It is named after the presiding deity "Lord Someshwara" of the famed Someshwara temple located within the sanctuary. The sanctuary lies in Udupi & Shivamogga districts of Karnataka, below Agumbe. The sanctuary houses Sitanadi nature camp run by Karnataka Forest Department. Udupi to Agumbe road passes through this wildlife sanctuary. The nearest town is Hebri which is connected by bus service to Udupi, Mangaluru and Bengaluru on a daily basis.

Kodlady is a village in the southern state of Karnataka, India.^. Ajri, Udupi, Karnataka It is located in the Kundapura taluk of Udupi district in Karnataka.

Charekone is a small village in Siddapura Taluk Uttara Kannada District, Karnataka State; Which is about 32 kilometres (20 mi) from Sirsi and 28 kilometres (17 mi) from Siddapur.

Hulikal is a village located in the Hosanagara taluk of the Shimoga district in the Indian state of Karnataka and is known for its heavy rainfall. The Hulikal village lies in western ghat region of Karnataka state. The range of ghat is known by the name Hulikal ghat or Balebare ghat. The road running between Hosangadi and Mastikatte through Hulikal ghati connects coastal district of Udupi with Shivamogga district. The Mani dam reservoir and Savehoklu reservoir are nearby. KPCL has its colony at Mastikatte near to Hulikal. The nearest airport is at Mangalore, situated 123 km south-west of Hulikal.