Ferguson was born on March 17, 1857, near Des Moines, Iowa. The following year, he moved to Emporia, Kansas, with his parents. His mother died in 1860, and his father enlisted in the Union Army at the beginning of the Civil War. He was raised by his older sister, was educated in public schools and by teaching, he was able to finance his course through the Kansas State Normal School at Emporia. [lower-alpha 1] An earnest Bible student, he was ordained as a Methodist minister and after a short time moved to Chautauqua County, Kansas. There, Ferguson taught school for nine years and married Elva Shartel on June 9, 1885, in Sedan, Kansas. [1]

In 1889, Ferguson joined the Oklahoma Land Run and staked a claim near Oklahoma City which he later sold and returned to Sedan, Kansas, where he purchased the Sedan Republican and edited it for two years. In October 1892, he moved to Watonga, Oklahoma Territory and established the Watonga Republican newspaper which he continued to publish until his death. He was appointed postmaster of Watonga in 1897. [2]

President Theodore Roosevelt appointed Ferguson as the sixth Governor of Oklahoma Territory (anecdotally, when Roosevelt offered Ferguson the position via telegram, Ferguson's wife Elva [3] accepted on his behalf without consulting him) [4] and he assumed the office on November 30, 1901. He served until January 5, 1906. Upon retirement, he returned to his residence in Watonga. He made two notable attempts to return to his public service. He was a candidate for U.S. Representative from Oklahoma in 1907 [2] and the Republican candidate for Governor of Oklahoma in 1910.

Ferguson died on February 14, 1921, in Oklahoma City, Oklahoma. After a formal tribute in the Chamber of the House of Representatives, presided over by then-Governor James B. A. Robertson, his remains were returned to Watonga and were interred at Watonga City Cemetery.

Historian John B. Meserve, who summarized the effects of the Territorial Governors in the Chronicles of Oklahoma

...his executive functions were devoted to giving the territory an honest, sober and economical administration. Aside from this sterling service, the regime of Governor Ferguson offered no outstanding features, but it will abide in the annals of history as a most successful tenure. His term of office occasioned less criticism than any of the preceding administrations in the territory. The governor had experienced the hardships and deprivations of the early formative days of the territory and knew the problems which had confronted and still confronted the pioneer folk whose political affairs he was undertaking to guide. He possessed the qualities essential for an executive and with patient but firm resolve gave to the territory a splendid administration and will linger as an outstanding governor of the old territory. [5]

Upon his retirement, he resumed his residence at Watonga and in 1907 made an unsuccessful race for Congress against his Democratic opponent. He continued publishing his newspaper until his death. [5]

Watonga is a city in Blaine County, Oklahoma. It is 70 miles northwest of Oklahoma City. The population was 5,111 at the 2010 census. It is the county seat of Blaine County. 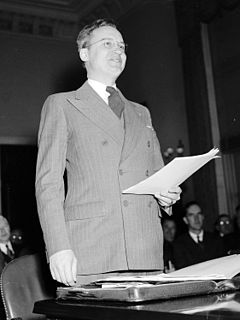 Payne Harry Ratner was an American lawyer serving as the 28th Governor of Kansas from 1939 to 1943.

John Alexander Martin was the 10th Governor of Kansas. 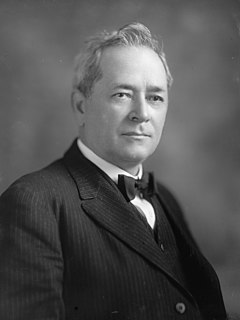 Charles Nathaniel Haskell was an American lawyer, oilman, and politician who was the first governor of Oklahoma. As a delegate to Oklahoma's constitutional convention in 1906, he played a crucial role in drafting the Oklahoma Constitution and gaining Oklahoma's admission into the United States as the 46th state in 1907. A prominent businessman in Muskogee, he helped the city grow in importance. He represented the city as a delegate in both the 1906 Oklahoma convention and an earlier convention in 1905 that was a failed attempt to create a U.S. state of Sequoyah.

George Docking was an American businessman who served as the 35th Governor of Kansas (1957–1961). He was a member of the Democratic Party.

James Madison Harvey was a United States Senator from Kansas and fifth Governor of Kansas.

George Washington Steele was an American lawyer, soldier, and politician who twice served as a Representative for Indiana, from 1881 to 1889 and again from 1895 to 1903. Steele was also the first governor of Oklahoma Territory and was instrumental in developing the state's public education system and its two largest universities. 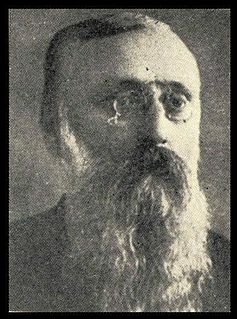 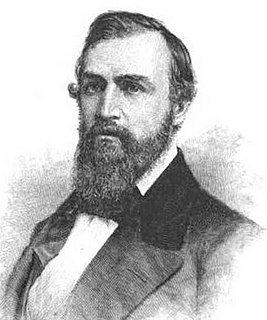 Marcus Junius Parrott was a delegate to Congress from the Kansas Territory from 1857 until 1861. 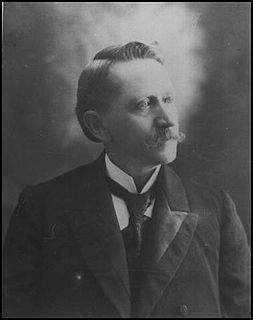 Cassius McDonald Barnes was a soldier in the Union Army in the American Civil War and a lawyer and Republican politician who served as the fourth governor of Oklahoma Territory.

Bird Segle McGuire was an American politician, a Delegate and the last U.S. Representative from Oklahoma Territory. After statehood, he was elected as an Oklahoma delegate to Congress, where he served six consecutive terms. He retired from politics in 1915. He was a cousin of William Neville. 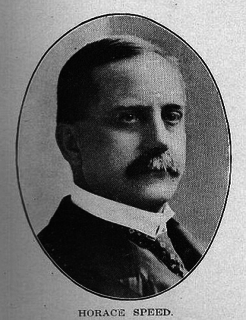 Horace Speed was an Oklahoma pioneer and the first United States District Attorney for Oklahoma Territory. 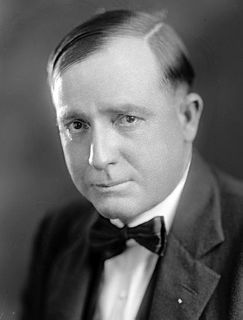 Lorraine Michael Gensman was a U.S. Representative from Oklahoma.

Cassius McLean Shartel was a U.S. Representative from Missouri. 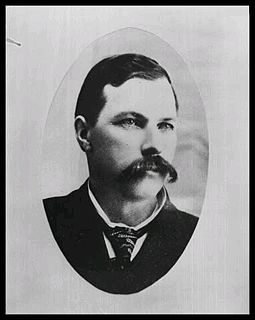 William Miller Jenkins was an American lawyer and Republican politician. He was appointed by President William McKinley in 1901 as the fifth governor of Oklahoma Territory. However, he had only served for six months when President Theodore Roosevelt removed him from office, after receiving complaints of political malfeasance. Although Jenkins was exonerated by subsequent investigations, his removal could not be undone, forcing his early retirement. 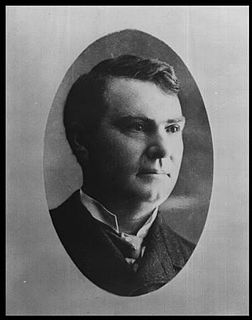 William C. Grimes was an American politician and businessman who had a major influence on Oklahoma politics. He most notably served as acting governor of Oklahoma Territory from November 30, 1901, to December 9, 1901. For many years, he served as chair of the Territorial Republican Committee. He also served as the territory's member of the Republican National Committee.

James R. Keaton was a justice of the Territorial Oklahoma Supreme Court from 1896 to 1898.

Charles Vernon Eskridge was an American politician. Between 1869 and 1871 he served as Lieutenant Governor of Kansas.

Frank E. Gillette was one of the last judges appointed to the Supreme Court of Oklahoma Territory. He was appointed by President Theodore Roosevelt in 1902, and served until the court was abolished after statehood was granted to Oklahoma on November 16, 1907. Born in Ashtabula County, Ohio, on January 7, 1848, Gillette had moved with his parents to Emporia, Kansas when he was thirteen. After graduating from high school, he earned a degree from Kansas State Normal School then studied law and began to practice his profession in Hutchinson, Kansas in May, 1876. He moved to Kingman, Kansas and entered politics in 1882, where he was elected to the state legislature, representing Kingman County, and served for three terms. He was on the House Judiciary Committee, spending the last two years as chairman of that committee. He then was elected to the state senate and served for four years, which included serving as chairman of the Senate Judiciary Committee. At the end of his senatorial term, he moved to Oklahoma Territory and settled in El Reno where he opened a private law practice.