Thompson Street is a street in the Lower Manhattan neighborhoods of Greenwich Village and SoHo in New York City, which runs north–south, from Washington Square Park at Washington Square South (West Fourth Street) to the Avenue of the Americas (Sixth Avenue) below Grand Street, where the street turns right to Sixth Avenue; it thus does not connect with Canal Street just a half block south of the turning point. It runs parallel to and between Sullivan Street (to the west), and LaGuardia Place (formerly Laurens Street) which becomes West Broadway (to the east). Vehicular traffic goes southbound. [2] [3]

The street was named for Revolutionary War Brigadier General William Thompson, who served in New York and Canada. [4]

Vincent Louis Gigante, also known as "The Chin", was a New York Italian-American mobster in the American Mafia who was boss of the Genovese crime family from 1981 to 2005. Gigante started out as a professional boxer who fought 25 bouts between 1944 and 1947. He then started working as a Mafia enforcer for what was then the Luciano crime family, forerunner of the Genovese family. Gigante was one of five brothers; three of them, Mario, Pasquale, and Ralph, followed him into the Mafia. Only one brother, Louis, stayed out of the crime family, instead becoming a priest. Gigante was the shooter in the failed assassination of longtime Luciano boss Frank Costello in 1957. After sharing a prison cell with Costello's rival, Vito Genovese, following Genovese's conviction for heroin trafficking, Gigante became a caporegime, overseeing his own crew of Genovese soldiers and associates who operated out of Greenwich Village. Gigante was one of Genovese's most loyal supporters, siding with him throughout his struggle for power with Costello.

Vito Genovese was an Italian-American mobster who rose to power during Prohibition as an enforcer in the American Mafia. A long-time associate and childhood friend of Charles Luciano, Genovese took part in the Castellammarese War and helped shape the rise of the Mafia and organized crime in the United States. He would later lead Luciano's crime family, which was renamed the Genovese crime family in his namesake.

Frank "Punchy" Illiano was a Brooklyn capo with the Genovese crime family. During the 1960s and 1970s, he served as a top lieutenant to the Gallo brothers in their two wars with the Colombo crime family leadership.

Joe's Shanghai is a chain of seven Shanghainese restaurants in the United States and Japan. The original location was opened by restaurateur Mei Ping "Barbara" Matsumura and chef Kiu Sang "Joe" Si in 1995 in Flushing, Queens, followed by branches in Manhattan Chinatown and Midtown Manhattan. There are three locations in Japan, two in Tokyo, one in Osaka and one in Sendai. Ms. Matsumura has opened over a dozen restaurants in the New York City area, including the popular Haru sushi chain, while Chef Si also opened Joe's Ginger one block from the Manhattan Chinatown location of Joe's Shanghai, building on the original concept but incorporating the influence of other Chinese cuisines, most notably from Hong Kong.

Pithari Taverna is a Greek restaurant located in Highland Park, New Jersey. The restaurant was founded by Tassos and Chrisanthe Stefanopoulo in 2006; the two had gained experience after operating a Greek foods store next door, New Athens Corner. 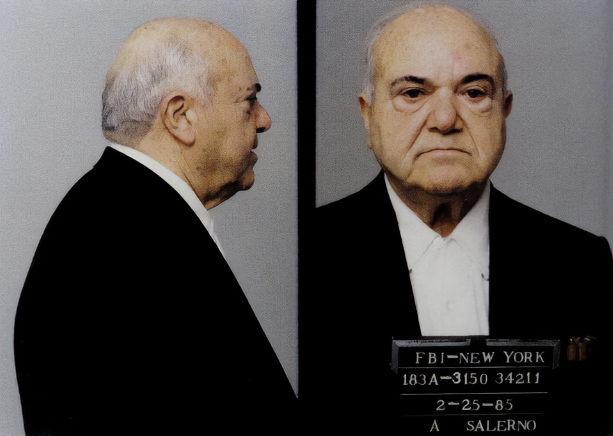 Anthony "Fat Tony" Salerno was an American mobster who served as underboss and front boss of the Genovese crime family in New York City from 1981 until his conviction in 1986.

Sasabune is a Japanese sushi restaurant located at 401 East 73rd Street on the Upper East Side of Manhattan, in New York City.

Sushi of Gari is a Japanese sushi restaurant located at 402 East 78th Street on the Upper East Side of Manhattan, in New York City.

Bouley was a contemporary French restaurant located at 163 Duane Street, in Tribeca in Manhattan, in New York City. The high-profile four-star chef David Bouley was its owner and chef. 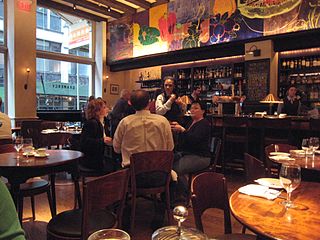 Sushi Seki is a Japanese sushi restaurant located at 1143 First Avenue, on the Upper East Side in Manhattan, New York City. It was established in 2002. Seki, who uses only one name and who spent five years at Sushi of Gari, is the chef and owner. 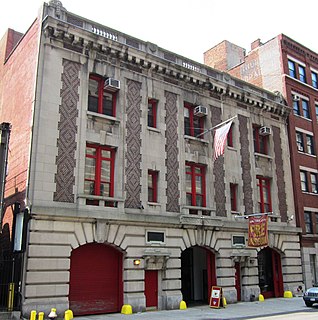 Spring Street is a street in Lower Manhattan, New York City, which runs west–east, through the neighborhoods of Hudson Square, SoHo, and Nolita. It runs parallel to and between Dominick, Broome, and Kenmare Streets, and Vandam and Prince Streets. The street's addresses begin from the Bowery and run ascending to Spring Street's end at West Street, which runs along the Hudson River.