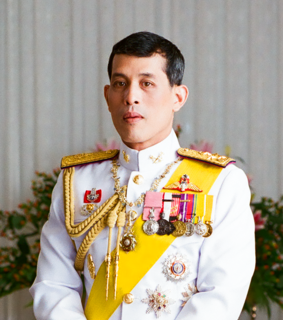 Maha Vajiralongkorn Bodindradebayavarangkun has been the King of Thailand since 2016. He is the only son of King Bhumibol Adulyadej and Queen Sirikit. In 1972, at the age of 20, he was made crown prince by his father. After his father's death on 13 October 2016, he was expected to accede to the throne of Thailand but asked for time to mourn before taking the throne.

The Thailand national football team represents Thailand in international men's association football. Officially nicknamed the War Elephants, the team is controlled by the governing body for football in Thailand, Football Association of Thailand, which is a member of the Asian Football Confederation (AFC) and the regional ASEAN Football Federation (AFF).

Buriram United Football Club is a professional football club based in Buriram, Thailand. The club has played at the top level of Thai football for the majority of their existence and is competing in the Thai League 1. The club was founded in 1970 as PEA FC before reformed in to Buriram PEA then Buriram United in 2010 and 2012 respectively. Their home stadium is Chang Arena which has a capacity of 32,600. 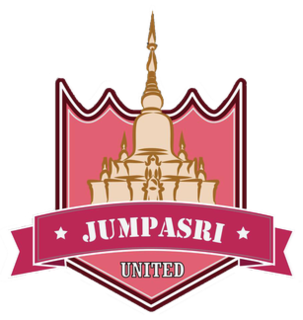 Jumpasri United is a Thai football club based in Mahasarakham Province. This club plays in the Thai League 2. The club appeared in the AFC Cup 2007, the Asian equivalent of the UEFA Cup, and played its final group match against Singapore's Tampines Rovers on 22 May 2007 at the Thai Army Sports Stadium. In 2007, the team has adopted the yellow and red colours of its main sponsor, M-150, and now wears yellow shirts with red trim and red shorts and socks. In 2017, Super Power Samut Prakan leaving Samut Prakan Province and move to Maha Sarakham Province by merge with Jumpasri United. This moving was off the legend Osotspa Football Club or Super Power Samut Prakan one of the longest established football club in Thailand since 1977 with financial problems and sponsor support issues.

The Thai League 1, commonly known as the T1, is a Thai professional league for Football Association of Thailand clubs. At the top of the Thai football league system, it is the country's premier football competition. Contested by 16 clubs, it operates on a system of promotion and relegation with Thai League 2. The Thai League is a corporation in which the 16 member clubs act as shareholders. Seasons run from February to October, with teams playing 30 games each with a total of 240 games in the season. It is sponsored by Toyota and therefore officially known as the Toyota Thai League. In the Thai League, most of the games are played during Saturdays and Sundays, with a few games played on Wednesdays and Fridays.

Sisaket Football Club is a Thai football club based in Sisaket Province. The club won the 1999–2000 Thailand Provincial League and currently competes in Thai League 2.

Rangsan Viwatchaichok, born January 22, 1979), simply known as Aon is a Thai retired professional footballer who plays as a Midfielder. He previously played for four other club teams in Thailand and Singapore. Rangsan is known for his set pieces.

Anawin Jujeen, simply known as M, is a Thai professional footballer who plays as a Right back for Thai League 1 club PTT Rayong. He was the runner-up of Pepsi World Challenge 2006 with Wisoot Bunpeng. 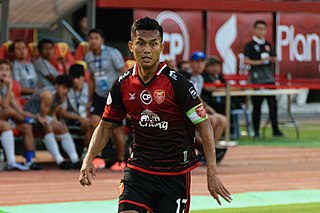 Mongkol Tossakrai simply known as Yen is a Thai professional footballer who plays as a Winger for Thai League 2 club Army United and the Thailand national team. 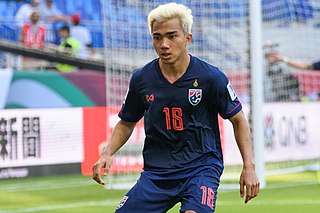 The 2016 Thai League T1 was the 20th season of the Thai League T1, the top Thai professional league for association football clubs, since its establishment in 1996. A total of 18 teams competed in the league. The season started on 5 March 2016. 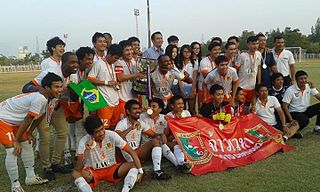 Khǒr Royal Cup, known as the Noi Cup before a 1963 name change, was a part of the Thai football league system, founded by the Football Association of Thailand in 1916. 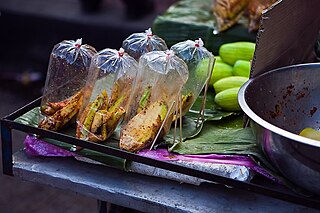 JL Chiangmai United Football Club, is a Thai football club based in Chang Phueak, Chiang Mai, Thailand. The club, originally named Changphueak Chiangmai, was founded in 2015. The club competed its first season in 2016 and won champion in the 2016 Thai Division 3 Tournament Northern Region and was promoted to Thai League 4 North Region. The club was renamed to its current name in early 2017 with Jele as the team main sponsor.