Thonny ( /ˈθɒnniː/ ) is an integrated development environment for Python that is designed for beginners. It supports different ways of stepping through the code, step-by-step expression evaluation, detailed visualization of the call stack and a mode for explaining the concepts of references and heap. [1]

The program works on Windows, macOS and Linux. It is available as binary bundle including the recent Python interpreter [3] or pip-installable package. [6] It can be installed via the operating-system package manager on Debian, Raspberry Pi, Ubuntu and Fedora.

Thonny has received favorable reviews from Python and computer science education communities. [7] [8] [9] It has been recommended tool in several programming MOOCs. [10] [11] Since June 2017 it has been included by default in the Raspberry Pi's official operating system distribution Raspberry Pi OS. [12]

Python is a high-level, general-purpose programming language. Its design philosophy emphasizes code readability with the use of significant indentation. 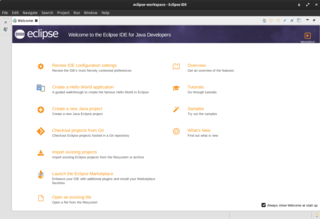 Eclipse is an integrated development environment (IDE) used in computer programming. It contains a base workspace and an extensible plug-in system for customizing the environment. It is the second-most-popular IDE for Java development, and, until 2016, was the most popular. Eclipse is written mostly in Java and its primary use is for developing Java applications, but it may also be used to develop applications in other programming languages via plug-ins, including Ada, ABAP, C, C++, C#, Clojure, COBOL, D, Erlang, Fortran, Groovy, Haskell, JavaScript, Julia, Lasso, Lua, NATURAL, Perl, PHP, Prolog, Python, R, Ruby, Rust, Scala, and Scheme. It can also be used to develop documents with LaTeX and packages for the software Mathematica. Development environments include the Eclipse Java development tools (JDT) for Java and Scala, Eclipse CDT for C/C++, and Eclipse PDT for PHP, among others. 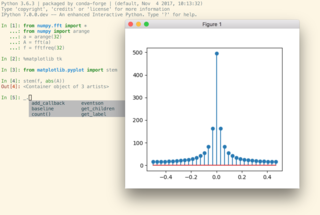 The Python Package Index, abbreviated as PyPI and also known as the Cheese Shop, is the official third-party software repository for Python. It is analogous to the CPAN repository for Perl and to the CRAN repository for R. PyPI is run by the Python Software Foundation, a charity. Some package managers, including pip, use PyPI as the default source for packages and their dependencies.

Ch is a proprietary cross-platform C and C++ interpreter and scripting language environment, originally designed by Harry H. Cheng as a scripting language for beginners to learn mathematics, computing, numerical analysis, and programming in C/C++. Ch is now developed and marketed by SoftIntegration, Inc. A student edition is freely available. Ch Professional Edition for Raspberry Pi is free for non-commercial use. 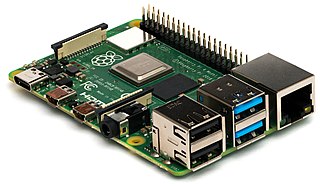 Raspberry Pi is a series of small single-board computers (SBCs) developed in the United Kingdom by the Raspberry Pi Foundation in association with Broadcom. The Raspberry Pi project originally leaned towards the promotion of teaching basic computer science in schools and in developing countries. The original model became more popular than anticipated, selling outside its target market for uses such as robotics. It is widely used in many areas, such as for weather monitoring, because of its low cost, modularity, and open design. It is typically used by computer and electronic hobbyists, due to its adoption of the HDMI and USB standards. 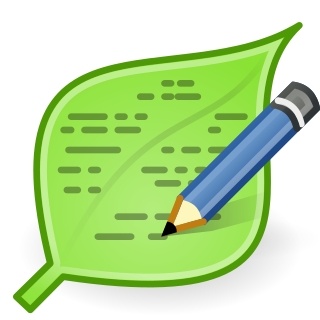 Leafpad is a free and open-source graphical text editor for Linux, BSD, and Maemo that is similar to the Microsoft Windows program Notepad. Created with the focus of being a lightweight text editor with minimal dependencies, it is designed to be simple-to-use and easy-to-compile.

Spyder is an open-source cross-platform integrated development environment (IDE) for scientific programming in the Python language. Spyder integrates with a number of prominent packages in the scientific Python stack, including NumPy, SciPy, Matplotlib, pandas, IPython, SymPy and Cython, as well as other open-source software. It is released under the MIT license.

Package Installer for Python (pip) is the de facto and recommended package-management system written in Python and is used to install and manage software packages. It connects to an online repository of public packages, called the Python Package Index. pip can also be configured to connect to other package repositories, provided that they comply to Python Enhancement Proposal 503.

Kivy is a free and open source Python framework for developing mobile apps and other multitouch application software with a natural user interface (NUI). It is distributed under the terms of the MIT License, and can run on Android, iOS, Linux, macOS, and Windows. 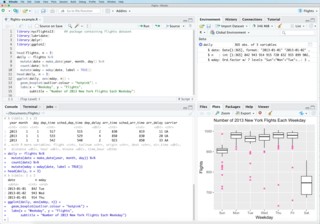 RStudio is an integrated development environment for R, a programming language for statistical computing and graphics. It is available in two formats: RStudio Desktop is a regular desktop application while RStudio Server runs on a remote server and allows accessing RStudio using a web browser.

Julia is a high-level, high-performance, dynamic programming language. While it is a general-purpose language and can be used to write any application, many of its features are well suited for numerical analysis and computational science. 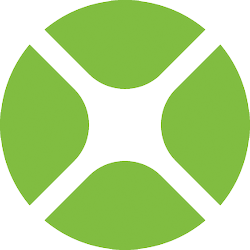 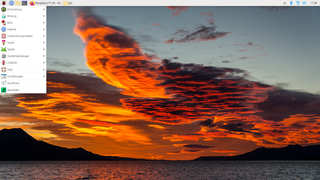 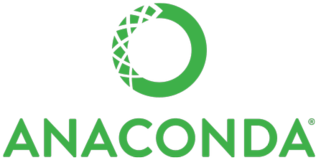 Anaconda is a distribution of the Python and R programming languages for scientific computing, that aims to simplify package management and deployment. The distribution includes data-science packages suitable for Windows, Linux, and macOS. It is developed and maintained by Anaconda, Inc., which was founded by Peter Wang and Travis Oliphant in 2012. As an Anaconda, Inc. product, it is also known as Anaconda Distribution or Anaconda Individual Edition, while other products from the company are Anaconda Team Edition and Anaconda Enterprise Edition, both of which are not free.

B4X is a suite of rapid application development IDEs and proprietary programming language that allows the creation of applications on the following platforms: Google Android, Apple iOS, Java, Raspberry Pi and Arduino. Although the B4X syntax is very similar to BASIC, it is an entirely new language.