In 2014, Thor won the ACBS Asian Snooker Championship in May, beating Taiwan's Hung Chuang Ming 7–3 in the final. [6] This victory gained Thor a two-year card on the professional World Snooker Tour for the 2014–15 and 2015/2016 seasons. [7] However, despite the tour starting in May, Thor did not start playing on the tour until February 2015. [8] He played in the Six-red World Championship, but lost all five of his group matches. [9] In his first match in a ranking event qualifier he was beaten 1–4 by Dechawat Poomjaeng. [10] Although Thor lost all four of his matches this season he did push top 16 player Stuart Bingham to a deciding frame in the first round of the Welsh Open. [11]

Thor again failed to win a single match in ranking events during the 2015–16 season; in contrast, he performed successfully in the European Tour events, winning all of his first-round matches and reaching last 16 twice, at the Paul Hunter Classic and the Gdynia Open. [12] As a result, Thor was able to secure his place on the Main Tour for two further seasons by finishing tied 31st on the Order of Merit. [13]

A 5–2 victory over Jack Lisowski saw Thor qualify for the 2016 World Open and he reached the second round by beating Luca Brecel 5–3, before losing 1–5 to Neil Robertson. He also advanced to the last 32 of the Gibraltar Open with wins over Matthew Roberts and Gary Wilson, but lost 3–4 to Igor Figueiredo. [14]

Aditya Mehta is an Indian former professional snooker player. He participated on the World Snooker Tour for the 2007–08 season, and between 2011 and 2018. He reached a highest world ranking of 49. Mehta participated in the final of ranking event for the first time at the 2013 Indian Open where he played Ding Junhui, but lost 0–5. 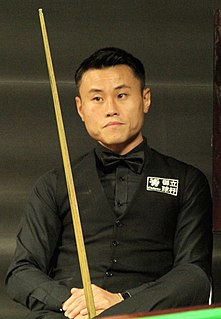 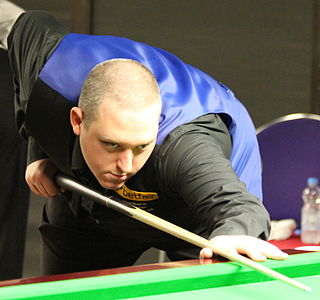 David Grace is an English professional snooker player and painter. He is also a flautist and has been known to dabble on the Irish bodhran. After being a successful junior and amateur player, notably winning the English Amateur Championship in 2005 and 2008, he became a professional in 2008, gaining his place by winning the 2008 European Snooker Championships, where he beat Craig Steadman in the final. 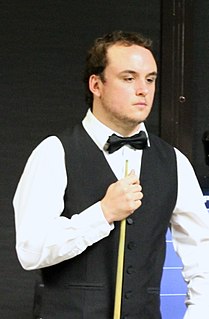 Sam Baird is an English former professional snooker player. He first entered the professional tour for the 2009/10 season, by winning the EBSA Pro-Ticket Tour Play-offs. 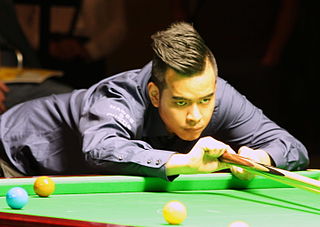 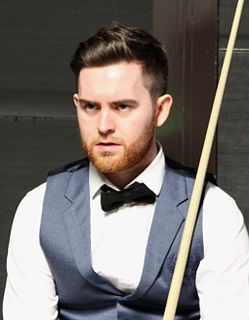 The Snooker Shoot Out is a professional ranking snooker tournament played under a variation of the standard rules. The 2017 event was the first time the tournament was staged as a ranking event. Hossein Vafaei is the current champion.

The Players Tour Championship was a series of snooker tournaments comprising some minor-ranking events played in Europe, and an Asian leg comprising some minor-ranking events in Asia. The series concluded with a Grand Final, where qualification was based on performance in the other PTC events, and had the status of a full ranking tournament. Each regular event lasted for at least three days, with qualifying days for amateurs should the event be oversubscribed. Each event costs £100 to enter, and Main Tour players can gain ranking points in the events. 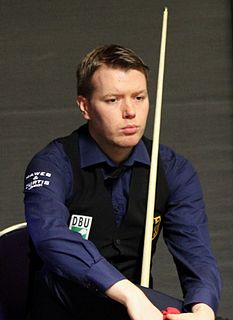 Chen Zhe is a Chinese former professional snooker player from Shanxi who won five matches at Q School in 2012 to earn a two-year card to play on the World Snooker Tour starting in the 2012–13 season. He is based in Romford, England during the season and practises with Ronnie O'Sullivan. 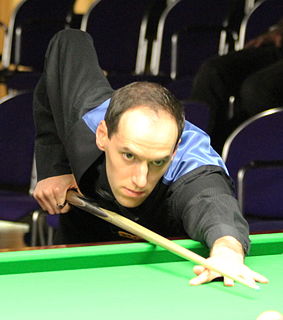 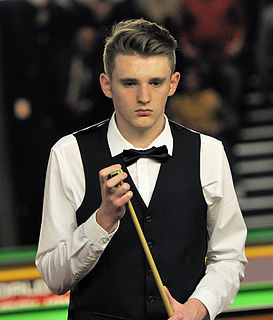 Joel Walker is an English former professional snooker player. In 2010 he won the Rileys Future Stars competition and turned professional in 2012 through Q School.

The 2013–14 snooker season was a series of snooker tournaments played between 6 June 2013 and 5 May 2014. From this season every qualifying match was held open to the public at various venues in the United Kingdom, replacing the World Snooker Academy in Sheffield. The number of wild-card players at the Chinese ranking events, except the Shanghai Masters, was reduced from eight to four and former Main Tour players were excluded. A professional player could not be selected for more than one wild-card match during the season.

Fraser Patrick is a Scottish professional snooker player from Glasgow. 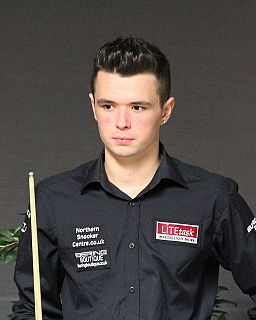 The 2019 ManBetX Welsh Open was a professional ranking snooker tournament which took place from 11 to 17 February 2019 at the Motorpoint Arena in Cardiff, Wales. It was the thirteenth ranking event of the 2018/2019 season, and the final event of the season's Home Nations Series.

The 2020 Shoot Out was a professional ranking snooker tournament held from 20 to 23 February 2020 at the Watford Colosseum in Watford, England. It was the 13th ranking event of the 2019–20 snooker season. It was played under a variation of the standard rules of snooker. The event was the third of four events sponsored by BetVictor, making up the 2020 European Series.