Thor Halvorssen may refer to:

Thor Leonardo Halvorssen Mendoza —commonly known as Thor Halvorssen —is a Venezuelan human rights advocate and film producer with contributions in the field of public policy, public interest advocacy, individual rights and civil liberties, and pro-democracy advocacy. The New York Times described Halvorssen as a maverick "who champions the underdog and the powerless." Buzzfeed publishes that Halvorssen "possesses a burning desire to right the countless injustices of this world and he has committed himself to this task with an intensity to match that of the dictatorship he has placed in his sights. And he does not care if those injustices are being committed by the 'right-wing' or 'left-wing' regimes."

The Human Rights Foundation (HRF) is a non-profit organization that describes itself as promoting and protecting human rights globally, with a focus on closed societies. HRF organizes the Oslo Freedom Forum. The Human Rights Foundation was founded in 2005 by Thor Halvorssen Mendoza, a Venezuelan film producer and human rights advocate. The current chairman is Russian chess grandmaster Garry Kasparov, and Javier El-Hage is the current chief legal officer. The foundation's head office is in New York City. 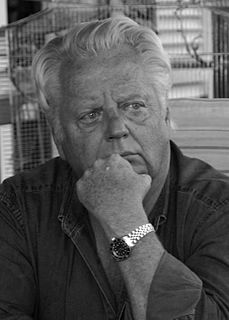 Thor Halvorssen Hellum —commonly known as Thor Halvorssen—was a Venezuelan-Norwegian businessman who served as CEO and President of the Venezuelan state-owned telephone company, CANTV and later as Special Commissioner for International Narcotic Affairs in the administration of President Carlos Andrés Pérez. In this post he held the rank of Ambassador. While investigating links to money laundering and drug trafficking, he was imprisoned on charges of terrorism; he was beaten and mistreated in prison, but later found innocent of all charges. Halvorssen's case was taken up by Amnesty International and several other international human rights organizations. The set-up of Halvorssen was reportedly payback for his investigations into presidential corruption, mafia activity, and the money laundering activities of Colombian drug kingpin Pablo Escobar.

The Sugar Babies is a 2007 feature-length documentary film about exploitation in the sugar plantations of the Dominican Republic. The film, narrated by Edwidge Danticat, explores how the descendants of African slaves, brought over from Haiti, live and work in unfair conditions akin to "modern day slavery."

Marcel Granier Haydon is a Venezuelan businessperson. He is the President and CEO of Empresas 1BC and the General Director of Radio Caracas Televisión (RCTV), which until becoming a cable TV-channel on May 27, 2007, was the most watched television channel in Venezuela.

The Checkpoint Charlie Museum is a private museum in Berlin. It is named after the famous crossing point on the Berlin Wall, and was created to document the so-called "best border security system in the world". On display are the photos and related documents of successful escape attempts from East Germany, together with the escape apparatus: hot-air balloons, getaway cars, chairlifts, and a mini-U-Boat. The museum researches and maintains a list of deaths at the Berlin Wall. It is operated by the Arbeitsgemeinschaft 13. August, and the director is Alexandra Hildebrandt.

Oslo Freedom Forum (OFF) is a series of global conferences run by the New York-based non-profit Human Rights Foundation under the slogan “Challenging Power.” OFF was founded in 2009 as a one-time event and has taken place annually ever since. One of the key objectives of the conferences is to bring together notable people, including former heads of state, winners of the Nobel Peace Prize, prisoners of conscience, as well as of other public figures in order to network and exchange ideas about human rights and exposing dictatorships.

Judge María Lourdes Afiuni Mora is a Venezuelan who was 46 years old as of April 2010 and had served as a judge for eight years; she was head of the 31st Control Court of Caracas. In 2009 she was arrested on charges of corruption after ordering the conditional release on bail of businessman Eligio Cedeño, who then fled the country. She was moved to house arrest in Caracas in February 2011, and granted parole in June 2013, but she is still barred from practicing law, leaving the country, or using her bank account or social networks. 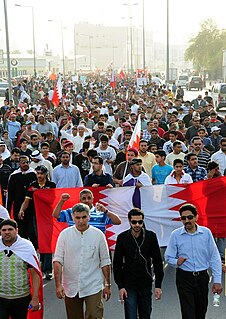 Ali Hassan Abdullah Abdulemam, widely known as Ali Abdulemam is a Bahraini liberal blogger and contributor to Global Voices. He is the founder of Bahrain Online, a popular online forum and pro-democracy news website, and a member of the research and advocacy group Bahrain Watch. Although he went into hiding in March 2011 to escape the Bahraini Government's crackdown on protesters, he was convicted in absentia for plotting to overthrow the Government, and sentenced to 15 years in prison. Global human rights organizations are unconvinced of Abdulemam's guilt and have voiced opposition to the persistent censorship and obstruction of journalists in the region. In 2013, Abdulemam escaped to the UK where he was swiftly granted political asylum.

Maryam Abdulhadi Al-Khawaja is a Bahraini human rights defender. She is the daughter of the Bahraini human rights defender Abdulhadi al-Khawaja and former co-director of the Gulf Center for Human Rights (GCHR). She is currently the Special Advisor on Advocacy with the GCHR, and works as a consultant with NGOs. She's a board member of the International Service for Human Rights and No Hiding Place. She serves as the Vice Chair on the Board of the Urgent Action Fund. 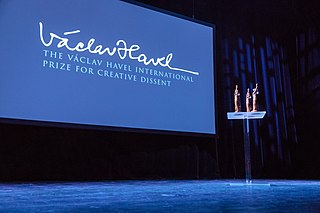 Václav Havel Prize for Creative Dissent is an award established in 2012 by the New York City-based Human Rights Foundation (HRF). According to HRF President Thor Halvorssen, the prize recognizes individuals "who engage in creative dissent, exhibiting courage and creativity to challenge injustice and live in truth".

Orlando Luis Pardo Lazo is a Cuban writer and artist.

We Have A Dream: Global Summit Against Discrimination and Persecution was an international summit organized by the Geneva-based non-governmental organization UN Watch, and attended by an international collection of non-governmental organizations to discuss issues of discrimination and persecution, particularly those of racism, sexism, homophobia, and discrimination against minorities. It occurred over two days, September 21 and 22 of 2011, across the street from a United Nations conference referred to as Durban III. 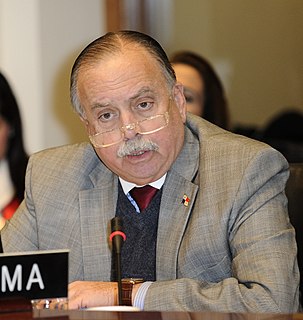 Guillermo Cochez is a Panamanian politician and lawyer who served as the former representative of Panama to the Organization of American States (OAS) between 2009 and 2013.

Emilio Palacio is an Ecuadorian journalist. Palacio was granted political asylum in the United States in 2012. He is the half-brother of former president of Ecuador Alfredo Palacio.

Campaign of Hate: Russia and Gay Propaganda is a 2014 American documentary about LGBT rights in Russia directed by Scott Stern and Michael Lucas. 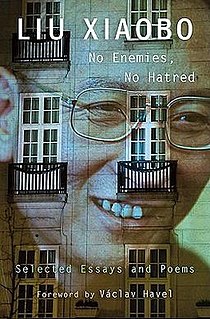 No Enemies, No Hatred is a book by Nobel Peace Prize-winning writer and activist Liu Xiaobo which contains a wide selection of his writings and poetry between 1989 and 2009. It was published in 2012 by the Belknap Press, an imprint of Harvard University Press. It was edited by Perry Link, Tienchi Martin-Liao and Liu Xiaobo's wife Liu Xia, and includes a foreword written by Václav Havel. The volume marks the inaugural English-language collection of Liu's work.