Helland was born in Sørfold, Nordland.

He and his wife, Unni Helland (a prominent athlete herself) have contributed a great deal to their club IL i BUL as coaches. In 2020 they were still actively training and supporting the new generation of athletes. [7]

Ola Skarholt, was a Norwegian orienteering competitor. He became Relay World Champion in 1970 as a member of the Norwegian winning team, which also consisted of Stig Berge, Per Fosser and Åge Hadler. Skarholt placed fourth in the individual contest.

Edvard Engelsaas was a Norwegian speed skater and world champion. 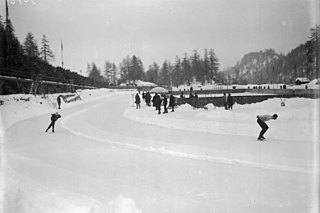 Armand Henning Carlsen was a Norwegian speed skater who competed in the 1928 Winter Olympics.

Unni Larsen is a Norwegian former racing cyclist and dogsled racer. She participated at the 1984 Summer Olympics in Los Angeles where she placed fourth. She has fifteen victories in various Norwegian cycling championships, and is also Scandinavian champion in road racing. She is national champion in dogsled racing from 1984.

Karoline Bjerkeli Grøvdal is a Norwegian athlete competing in long-distance events. She represented her country at the 2012 and 2016 Summer Olympics and at four world championships. She won the bronze medal at the 2016 in the 10,000 metres event and 2018 European Championships in the 3000 m steeplechase.

Pål Sverre Benum was a Norwegian long-distance runner. He specialized in the longest track distances, 5000 and 10,000 metres, eventually competing at the 1964 Olympic Games. He also competed in cross-country running. On the track he became national champion three times, in addition to nine titles in cross-country. After his active career he became a professor of medicine. 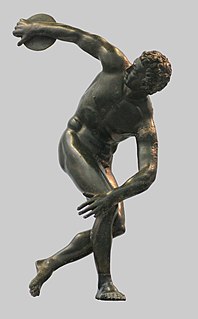 The Fearnley Olympic Award is a Norwegian Athletics Award. The award is given for outstanding achievements by a Norwegian Olympic participant. No competitor may win the award more than once.

Kristen Kvello was a Norwegian cross-country skier and coach, sports official and magazine editor. He was the father of Berit Aunli.