Thor Martin Johnson (June 10, 1913 – January 16, 1975) was an American conductor. He was born in Wisconsin Rapids, Wisconsin. He studied at the University of North Carolina at Chapel Hill, where he was president of the Alpha Rho chapter of Phi Mu Alpha Sinfonia fraternity. He was the first recipient of the fraternity's national Charles E. Lutton Man of Music Award in 1952. A member of the Moravian Church, he was deeply devoted to promoting the music of his faith and was invited to organize and conduct the Early American Moravian Music Festivals from 1950 to 1974. He was an initiate of the Alpha Xi chapter of Pi Kappa Alpha fraternity.

From 1940 to 1942, he was music director of the Grand Rapids Symphony in Grand Rapids, Michigan, which was a community orchestra at the time. In 1947 he was appointed conductor of the Cincinnati Symphony Orchestra, the youngest American born conductor of a major American orchestra at that time. That same year, Johnson was named the first Music Director of the Ojai Music Festival in Ojai, California. He served in that capacity from 1947–1950 and again from 1952–53.

He visited Jean Sibelius on the personal invitation of the composer's oldest daughter, Eva Sibelius Paloheimo, in the Summer of 1951 at his home Ainola (since 1972 a national museum in Järvenpää, Finland). In 1952, he was the first recipient of Phi Mu Alpha Sinfonia Fraternity's American Man of Music Award.

In 1953-54, Johnson made a series of early stereophonic recordings, primarily with the Cincinnati Symphony Orchestra, for Remington Records. [1]

From 1958 to 1964, Johnson was a full professor and director of orchestral activities at Northwestern University at Evanston, Illinois. Johnson was appointed director of the Interlochen Arts Academy and conductor of the Interlochen Arts Academy Symphony Orchestra from 1964 to 1967. He founded the Peninsula Music Festival in 1952 that still plays every August in Fish Creek, Wisconsin. He is especially well regarded for the dozens of first performances that he personally commissioned and conducted.[ citation needed ]

He was a National Patron of Delta Omicron, an international professional music fraternity. [2]

From 1967 to 1975, Johnson was music director for the Nashville Symphony in Nashville, Tennessee. Upon his death in 1975, Johnson was buried in God's Acre, the Moravian cemetery in the historic Old Salem area of Winston-Salem, North Carolina.

Alfred Reed was an American neoclassical composer, with more than two hundred published works for concert band, orchestra, chorus, and chamber ensemble to his name. He also traveled extensively as a guest conductor, performing in North America, Latin America, Europe and Asia.

Frederick Fennell was an internationally recognized conductor and one of the primary figures in promoting the Eastman Wind Ensemble as a performing group. He was also influential as a band pedagogue, and greatly affected the field of music education in the USA and abroad. In Fennell's New York Times obituary, colleague Jerry F. Junkin was quoted as saying "He was arguably the most famous band conductor since John Philip Sousa."

Kenneth Dewitt Schermerhorn was an American composer and orchestra conductor. He was the music director of the Nashville Symphony from 1983 to 2005.

William Francis McBeth was an American composer, whose wind band works are highly respected. His primary musical influences included Clifton Williams, Bernard Rogers, and Howard Hanson. The popularity of his works in the United States during the last half of the twentieth century led to many invitations and appearances as a guest conductor, where he often conducted the premiere performances of some of his compositions, the majority of which were commissioned. His conducting activities took him to forty-eight states, three Canadian provinces, Japan, and Australia; and for a number of years he was principal conductor of the Arkansas Symphony Orchestra in the capital of Little Rock. At one time, his "Double Pyramid Balance System" was a widely used pedagogical tool in the concert band world. 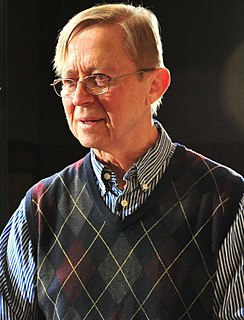 David Maslanka was an American composer of Polish descent who wrote for a variety of genres, including works for choir, wind ensemble, chamber music, and symphony orchestra.

Jay Chattaway is an American composer of film and television scores. He is mainly known for his work as composer for several Star Trek television series: Star Trek: The Next Generation, Star Trek: Deep Space Nine, Star Trek: Voyager, and Star Trek: Enterprise. The simple flute melody he composed for the TNG episode "The Inner Light" has been re-arranged for full orchestra and remains his best-known and most popular singular work.

Erich Kunzel, Jr. was an American orchestra conductor. Called the "Prince of Pops" by the Chicago Tribune, he performed with a number of leading pops and symphony orchestras, especially the Cincinnati Pops Orchestra (CPO), which he led for 32 years. 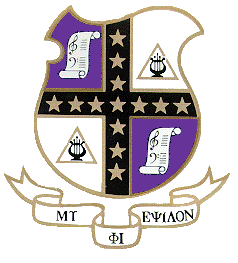 Mu Phi Epsilon (ΜΦΕ) is a co-ed international professional music fraternity. It has over 75,000 members in 161 collegiate chapters and 64 alumni chapters in the US and abroad.

Vladimir Golschmann was a French-American conductor.

Henri Adrien Marie Verbrugghen was a Belgian musician, who directed orchestras in England, Scotland, Australia and the United States.

Eugene Migliaro Corporon is an American conductor, known for his work with wind ensembles and is a scholar of wind / band music repertoire. He is co-editor of two literature catalogues, Wind Ensemble/Band Repertoire (1984) and Wind Ensemble Literature (1975), as well as all ten volumes of the Teaching Music Through Performance in Band Series. He also is co-host on the Inner Game of Music videotape. 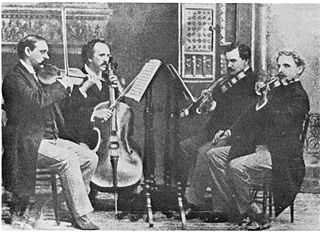 Franz Kneisel was an American violinist and teacher of Romanian birth.

Sidney Harth was an American violinist and conductor.

Peter William Dykema was an important force in the growth of the National Association for Music Education, Phi Mu Alpha Sinfonia fraternity, and the music education profession. Dykema was also active in the Music Teachers National Association and the National Education Association Department of Music Education. He also served as 1924-25 chairman of the Kiwanis International Committee on Music. Through these various avenues of involvement, in addition to his work as a composer, author, and educator, he was one of the leading music advocates of his day.

Dr. Philip Jameson graduated from Wooster High School in 1959 and attended Baldwin Wallace College for one year. In the Fall of 1960 he was accepted by audition to The Juilliard School of Music on a full scholarship. He was subsequently appointed principal trombone with the Juilliard Orchestra, a position he held for the next five years. He graduated from Juilliard with a Bachelor of Music Degree in 1964 and a Master of Science degree in 1965. He then enrolled in Columbia University (NYC) and received a Master of Music Education Degree in 1967 and completed his Doctorate of Music in 1980. His PhD dissertation was entitled "The effect of timbre conditions on the prompted and simultaneous pitch matching of three ability groups of trombone performers". It is available from Dissertation Abstracts.

Phi Mu Alpha Sinfonia Fraternity of America (ΦΜΑ) is an American collegiate social fraternity for men with a special interest in music. The fraternity is open to men "who, through a love for music, can assist in the fulfillment of [its] Object and ideals either by adopting music as a profession, or by working to advance the cause of music in America." Phi Mu Alpha has initiated more than 260,000 members, known as Sinfonians, and the fraternity currently has over 7,000 active collegiate members in 249 collegiate chapters throughout the United States.

W. Dale Warren is an American-born conductor. He is the senior Wind band director at the University of Arkansas and the professor of Music.