Thora Jee Le is a 2017 Pakistani coming of age feature film, written and directed by Rafay Rashdi. The film is produced by Mahtab Akbar Rashdi. [2] The film is introducing a fresh star cast namely Rizwan Ali Jaffri, Bilal Abbas, Ramsha Khan, Syeda Fatima Shah Jillani, Ahsan Moshin Ikram, Kasim Khan and Salman Faisal. [3] [4] It is a story about self discovery, friendship, trust, and connection between friends, who venture on a journey of a lifetime only to discover that, fate has different plans for all of them. [5] It released on 20 January 2017.

This film takes place in contemporary Karachi and some of it in Larkana and tells the story of seven people with vividly different backgrounds, Rizwan Ali Jaffri, as Kaizaad, a rich business man and philanthropist, Ramsha Khan as Misha, an aspiring business woman who is taught the value of owning up to responsibility with time, Bilal Abbas as Party, a passionate rebel that puts desire before logic and lives for thrill of the party, Salman Faisal as Andy, a lighthearted and humorous guy who wants to be the fun in everyone’s life, Fatima Jilani as Bahaar, the high class, fashion conscious girl, looking for the man of her dreams, Qasim Khan as T.C, the serious and envious but very blunt person with the anger that requires just a match stick to light and Ahsan Mohsin Ikram as Azaad, a family oriented man, loving and caring husband to Misha whose support is relentless and loyal. [6]

The principal photography began in July 2016 in Karachi and proceeded to Larkana. Some portions of the film were shot later in September 2016.

The music of this film is directed by Suhaib Rashdi. [8] Suhaib along with Sumair and Royal Law composed the melody of the six songs that are in the film’s album. Vocalists Midhat Hidayat and Royal Law lent their voices for the songs.

Farhan Saeed Butt is a Pakistani singer-songwriter, actor, music video director, and entrepreneur. Saeed is the former lead vocalist of the Pakistani band Jal and is the owner of the restaurant Cafe Rock in Lahore. He sings in Urdu as well as in Punjabi. Saeed began acting in 2014, and gained recognition for his role in Hum TV's serial Udaari (2016) and for his leading role in another Hum TV serial Suno Chanda (2018).

Osman Khalid Butt is a Pakistani film, television and theatre actor, writer and choreographer. He is best known for his role as Wali Sohaib Khan in Diyar-E-Dil, Faaz Ibrahim in Chupke Chupke and Malik Shahzain in Ehd-e-Wafa. He is the recipient of several accolades, including two Hum Awards and an ARY Film Award, and has been nominated for a Lux Style Award on two occasions. 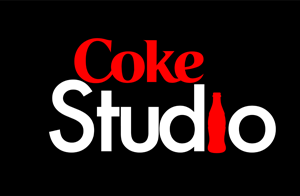 Coke Studio is a Pakistani television programme and international music franchise which features studio-recorded music performances by established and emerging artists. It is the longest-running annual television music show in Pakistan, running annually since 2008. 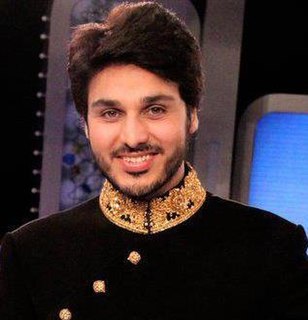 Pakistan participated in the 2010 Asian Games held in Guangzhou, China on 12–27 November 2010. These games provided a field hockey (men) gold after 20 years at the Asian Games, the country's eighth overall, and also its first major title since winning the 1994 World Cup in Sydney, Australia. It also saw Pakistan become gold medallist in the inaugural events of cricket (women) and squash. Pakistan had won the inaugural squash singles (men's) event at the 1998 Asian Games in Bangkok, Thailand. 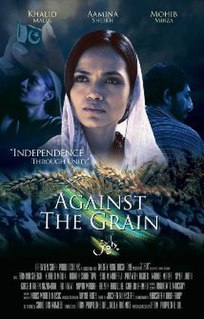 Barson Baad is a popular drama serial shown on the PTV network in 2006. The drama was written by Nasir Jaffri, scripted by the late Salman Wajih Hassan and directed by Syed Faisal Bukhari. The show was filmed in Pakistan and Scotland. 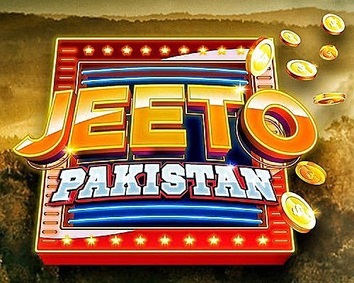 Jeeto Pakistan is a Pakistani game show, hosted by actor Fahad Mustafa on ARY Digital. The show was launched on 18 May 2014. It has been called the "biggest game show" of Pakistan. Jeeto Pakistan's participants are selected randomly from a studio audience, who require passes to attend the show.

Rizwan Ali Jaffri is a Pakistani model, actor and singer. He is best known for his modeling work with renowned Pakistani fashion labels, he also mark his television debut in 2012 drama serial Pani Jaisa Piyar directed by Sarmad Sultan Khoosat. He mark his singing debut with his album Yaran Di Toli in 2013, which earned him a Lux Style Award for Best Music Album of the Year at 13th Lux Style Awards. 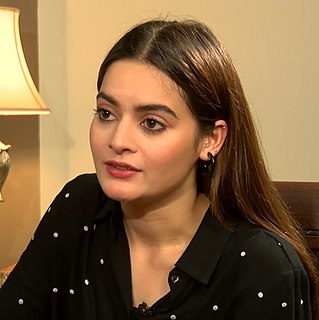 Saba Faisal is a Pakistani senior actress and former news anchor. In her career more than a decade, she has appeared in several acclaimed television serials, theatre, plays and films mainly in Urdu language. 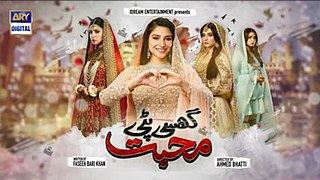 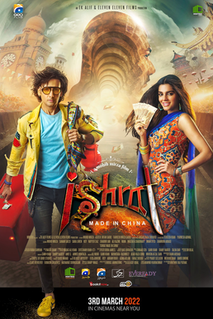 Ishrat Made in China is a 2022 Pakistani romantic action comedy film, co-written, produced and directed as a debut by Mohib Mirza, who also stars as the titular character Ishrat. The film was also co-directed by Parmesh Adiwal and Tehseen Khan. The film is a spin-off of the 2006 television comedy series "Ishrat Baji", also starring Mohib Mirza. The film was released on 3 March 2022 under the banners of Ek Alif Films and Eleven Eleven Films, while distributed by Geo Films and Eveready Pictures. Despite mixed to negative reviews, it was a box office disaster.