Last updated March 24, 2020
This is an Icelandic name. The last name is patronymic, not a family name; this person is referred to by the given name Þórarinn.

Thórarinn Leifsson (born 29 July 1966) is an Icelandic author and illustrator. He graduated from the Icelandic Academy of Arts in 1989. In that same period he was a street painter in western Europe.

Thórarinn Leifsson worked as an illustrator and web designer for several years before making his literary debut with Father’s Big Secret in 2007 – a dark tale for children about a cannibal father and his complicated relationship with his children.

In 2009 Thórarinn wrote Grandmother's Library for children and young adults, a work inspired by the bank collapse and what the author felt was the empty materialism of Icelandic society in the years leading up to the crisis. The book was awarded the Reykjavik Children Books Prize in 2010 and nominated for the Nordic Children's Book Prize in 2011 – an award given out every two years by librarians in the Nordic countries.

In 2001 Thórarinn wrote an autobiographical novel called The Street Painter, [1] based on his experiences as a vagabond in southern Spain and Morocco in the late eighties. Although illustrated like much of Thórarinn's other work, Street Painter targets a more mature audience.

The Man Who Hated Children, a novel for young adults, was published in the autumn of 2014. In the sense of style this book continues where Grandmother's Library left off. The setting is a twisted present-day Reykjavik with elements of crime fiction in the storyline. The Man Who Hated Children was nominated for The Icelandic Literary Prize, the foremost prize of the northern nation.

Thórarinn Leifsson's first stageplay, The Foreign Kid, premiered on 16 November 2014 in Tjarnarbio in Reykjavik. The 70 minutes piece produced by independent theater company Glenna, is intended for 6 actors in 8 roles and deals with immigration and cultural nationalism in Iceland. The show received much praise and attention from the media and all 9 shows before Christmas were sold out with plans to reopen in the spring of 2015. Quite an achievement for an independent theater production in Iceland.

The rights to Thórarinn Leifsson's books are managed by Forlagid and have so far been sold to Germany, Denmark, Norway, Faroe Islands, Finland, Estonia, Italy, Brasil, Hungary and Turkey.

Thórarinn currently lives in Berlin with his wife and colleague Auður Jónsdóttir. He has two children; Leifur Ottó born in 2011, and Salvor born in 1992.

Kristján Eldjárn was the third President of Iceland, from 1968 to 1980.

Auður Jónsdóttir is one of the most accomplished authors writing in Icelandic today. Her novels have aroused interest in Iceland as well as abroad for their rare blend of incisive candor and humor. She won the Icelandic Literary Prize for The People in the Basement and the Icelandic Women's Literature Prize for Secretaries to the Spirits. Both of these novels were nominated for the Nordic Council's Literature Prize. 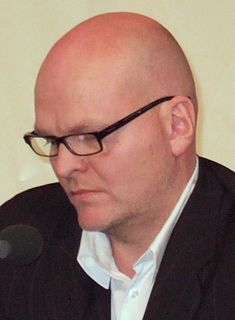 Hallgrímur Helgason is an Icelandic painter, novelist, translator, and columnist.

Gyrðir Elíasson is an author and translator in Iceland.

Gerður Kristný is an Icelandic poet; she has also written short stories, novels and books for children. 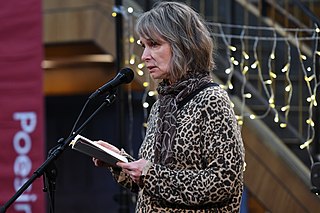 Linda Vilhjálmsdóttir is an Icelandic writer, poet, and playwright.

Einar Már Guðmundsson is an Icelandic author of novels, short stories, and poetry. His books have been translated into several languages.

Andri Snær Magnason is an Icelandic writer. He has written novels, poetry, plays, short stories, and essays. His work has been published or performed in more than 30 countries. 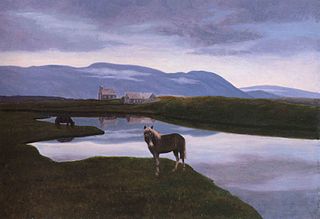 Þórarinn Benedikt Þorláksson was one of Iceland's first contemporary painters, the first Icelander to exhibit paintings in Iceland, and recipient of the first public grant that country made to a painter.

Ólafur Haukur Símonarson,, is an Icelandic playwright and novelist who lives in Reykjavík, Iceland.

Þorsteinn frá Hamri, was an Icelandic writer notable for having been nominated four times for the Nordic Council's Literature Prize over a period of two decades.

Bókasafn Ömmu Huldar is the third novel by the Icelandic author Þórarinn Leifsson. It won the Reykjavik Children's Book Prize in 2010 and was nominated for the Nordic Children's Book Prize in 2011 – an award given out every two years by librarians in the Nordic countries. The book was, in the assessment of Natalie M. Van Deusen, 'inspired by the recent Icelandic financial crisis'.

Louis Jensen is a Danish author who is an innovator in the international literary trends of flash fiction, metafiction, prose poetry, and magical realism. While he has published more than 90 books for both adults and children, he is best known for his children's books, which include picture books, short stories, flash fiction, creative nonfiction and novels. His work is characterized by wordplay and playful experiments in form and structure, which have led critics to draw comparisons to Borges, Calvino, Gogol, and the poetry of the Oulipo movement. His work is also rooted in the fairy tale and folk tale tradition, and is deeply influenced by the Danish author Hans Christian Andersen.

Mikael Torfason is an Icelandic novelist, playwright, screenwriter, journalist, and director. He has written seven novels, published in Iceland, Denmark, Finland, Germany and Lithuania. He has also written for film and theatre. In 2002 he directed his first feature film and he has also been Editor-in-Chief of Iceland's biggest newspapers. 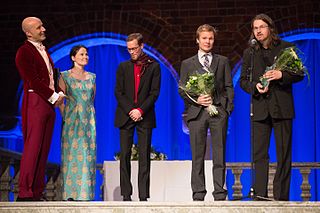 Ari Trausti Guðmundsson is an Icelandic geologist, author, documentarian, broadcaster, journalist, lecturer, mountaineer and explorer. He worked as teacher, consultant and lecturer on: earth science, environmental and tourism issues. He served as a mountain guide, TV- weather reporter, media presenter and producer and has planned nature and science exhibitions in Iceland, Paris and London and authored non-fiction books, fiction and poetry. He was a presidential candidate in 2012 and presently he is a member of Icelandic Parliament.

Ólafur Gunnarsson is a contemporary Icelandic author and translator.