Thorbjorn N. Mohn was born in Saude, Skien municipality in Telemark county, Norway. He was the youngest of eight children of Nils Torbjornson Mohn and Ragnild Johnson Rui. He emigrated from Norway with his family in 1852 at age nine. The family first settled in Columbia County, Wisconsin. Eventually they moved to rural Dodge County, Minnesota in 1860. He graduated in 1870 from Luther College in Decorah, Iowa, and from Concordia Seminary in St. Louis in 1873. He was ordained into the Norwegian Synod in 1873.

In May, 1873, Mohn received a call from the congregation of St. Paul's Norwegian Evangelical Church in Chicago from Herman Amberg Preus, President of the Norwegian Synod. Mohn was called the following year as principal of the newly founded St. Olaf's School and pastor of St. John's Lutheran Church in Northfield, Minnesota. St. Olaf opened on January 8, 1875, as an academy or preparatory school in an old public school building that the Northfield community had outgrown. The religious intentions of the institution were clear, but the school began without the official endorsement of any Lutheran church body. [2]

The Anti-Missourian Brotherhood began to function as an entity within the Norwegian Synod in 1886. About one third of its congregations left the Synod at its annual meeting in Stoughton, Wisconsin in 1887. Thorbjorn N. Mohn was among the leading advocates of the anti-Missourian position together with Bernt Julius Muus and John N. Kildahl as well as Luther Seminary Professor Marcus Olaus Bockman. These dissenting "Anti-Missourian Brotherhood" congregations joined in 1890 with the Norwegian Augustana Synod and the Norwegian-Danish Conference to form the United Norwegian Lutheran Church of America. The United Norwegian Lutheran Church first adopted and then abandoned St. Olaf as its official college. Mohn worked for the college's re-adoption by the Church, which occurred in 1899. [3]

St. Olaf College is a private liberal arts college in Northfield, Minnesota. The school was founded in 1874 by a group of Norwegian-American pastors and farmers led by Pastor Bernt Julius Muus. The college is named after the King and the Patron Saint Olaf II of Norway and is affiliated with the Evangelical Lutheran Church in America. The college was visited by King Olav in 1987 and King Harald V and Queen Sonja of Norway in 2011.

The Synod of the Norwegian Evangelical Lutheran Church in America, commonly called the Norwegian Synod, was founded in 1853. It included churches in Illinois, Iowa, Minnesota, and Wisconsin.

The Augustana Evangelical Lutheran Church was a Lutheran church body in the United States that was one of the churches that merged into the Lutheran Church in America (LCA) in 1962. It had its roots among the Swedish immigrants in the 19th century.

Norwegian Augustana Synod (NAS) was a Lutheran church body in the United States from 1870 to 1890. The group's original name was the Norwegian-Danish Augustana Synod in America. The name was shorted in 1878.

The Anti-Missourian Brotherhood was the name of a group of Lutheran pastors and churches in the United States who left the Synod of the Norwegian Evangelical Lutheran Church in America. 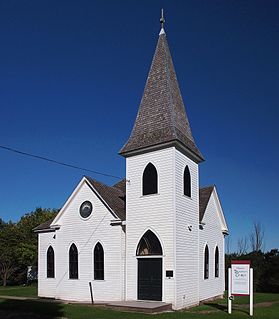 Herbjørn Nilson Gaustå also Herbjorn Gausta was an American artist who is best known for his landscapes, portraits, and scenes from rural settings. He left an early record of immigrant life in his portraits and paintings and helped establish a place for art in the culture of Norwegian-Americans.

Herman Amberg Preus was an American Lutheran clergyman and church leader. Ordained in 1848, he became a key figure in organizing the Norwegian Synod.

Christian Keyser Preus was an American Lutheran minister who served as the second president of Luther College in Decorah, Iowa. 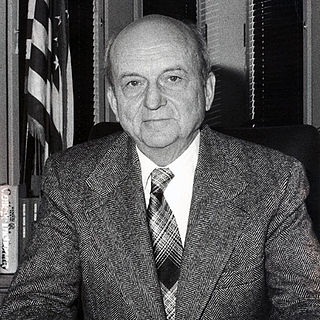 Sidney Anders Rand was an American Lutheran minister, educator and college president. He served under the Carter administration as United States Ambassador to Norway from 1980 to 1981.

Bjug Harstad was a Lutheran pastor, founding president of Pacific Lutheran University, and first president of the Evangelical Lutheran Synod.

Johan Olsen was an American pioneer Lutheran minister and church leader. Olsen served as the second president of the Conference of the Norwegian-Danish Evangelical Lutheran Church of America.