Thorkild Peter Rudolph Jacobsen (Danish:  [ˈtsʰɒːkʰil ˈjɑkʌpsn̩] ; 7 June 1904 – 2 May 1993) was a renowned Danish historian specializing in Assyriology and Sumerian literature. He was one of the foremost scholars on the ancient Near East.

Thorkild Peter Rudolph Jacobsen received, in 1927, an M.A. from the University of Copenhagen and then came to the United States to study at the Oriental Institute of the University of Chicago, where, in 1929, he received his Ph.D.

In 1962, Jacobsen became a professor of Assyriology at Harvard University, where he remained until his retirement in 1974. Beyond being an expert translator, he was a brilliant interpreter whose insights led to a deeper understanding and appreciation of the institutions and normative references of Sumerian and Akkadian culture. [1]

Jacobsen retired as a professor of Assyriology at Harvard University in 1974. In 1974 he served as a Visiting Professor at UCLA where he helped develop a strong Assyriology program. Dr. Jacobsen served 1993 as president of the American Oriental Society, an organization of scholars. He was also an elected member of the American Philosophical Society [2] and the American Academy of Arts and Sciences. [3] He was 88 years of age when he died in Bradford, New Hampshire. [4] 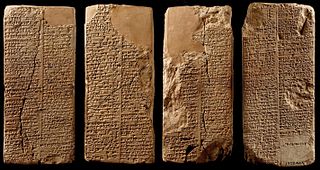 Alulim is the first king whose name appears on numerous versions of the Sumerian King List (SKL). He was succeeded by Alalngar. The SKL states that Alulim ruled for several millennia. The SKL lists him as the first king of both Eridu and Sumer. His name does not appear in any sources from the Early Dynastic Period itself and he is thus not generally considered a historical figure.

After the kingship descended from heaven, the kingship was in Eridug (Eridu). In Eridug, Alulim became king; he ruled for 28,800 years. 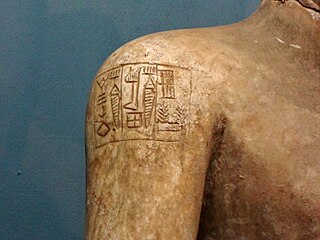 Simo Kaarlo Antero Parpola is a Finnish Assyriologist specializing in the Neo-Assyrian Empire and Professor emeritus of Assyriology at the University of Helsinki. 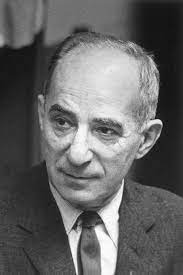 Ephraim Avigdor Speiser was a Jewish Polish-born American Assyriologist. He discovered the ancient site of Tepe Gawra in 1927 and supervised its excavation between 1931 and 1938. 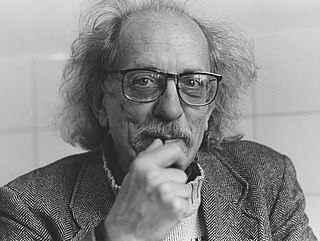 Miguel Civil was an American Assyriologist and expert on Sumer and Ancient Mesopotamian studies at the University of Chicago Oriental Institute. According to his colleague, Christopher Woods, at the time of his death, Civil knew the Sumerian language better than anyone since it was last spoken 4000 years ago.

William Wolfgang Hallo was professor of Assyriology and Babylonian Literature and curator of the Babylonian collection at Yale University. He was born in Kassel, Germany.

Adolf Leo Oppenheim, one of the most distinguished Assyriologists of his generation was editor-in-charge of the Chicago Assyrian Dictionary of the Oriental Institute from 1955 to 1974 and John A. Wilson Professor of Oriental Studies at the University of Chicago.

Andrew R. George is a British Assyriologist and academic best known for his edition and translation of the Epic of Gilgamesh. Andrew George is Professor of Babylonian, Department of the Languages and Cultures of Near and Middle East at the School of Oriental and African Studies, University of London.

Khafajah or Khafaje is an archaeological site in Diyala Province (Iraq). It was part of the city-state of Eshnunna. The site lies 7 miles (11 km) east of Baghdad and 12 miles (19 km) southwest of Eshnunna.

Hans Gustav Güterbock was a German-American Hittitologist. Born and trained in Germany, his career was ended with the rise of the Nazis because of his Jewish heritage, and he was forced to resettle in Turkey. After the Second World War, he immigrated to the United States and spent the rest of his career at the University of Chicago.

Jack M. Sasson is the Mary Jane Werthan Professor of Jewish Studies and Hebrew Bible at Vanderbilt Divinity School, Emeritus and previously Professor of Classics at Vanderbilt University. From 1977 to 1999, he was a professor at the University of North Carolina, Chapel Hill. His research focuses primarily on Assyriology and Hebrew Scriptures, writing on the archives from eighteenth century BCE found at Mari, Syria, by the Euphrates, near the modern-day Syria-Iraq border as well as on biblical studies.

Hursag is a Sumerian term variously translated as meaning "mountain", "hill", "foothills" or "piedmont". Thorkild Jacobsen extrapolated the translation in his later career to mean literally, "head of the valleys". 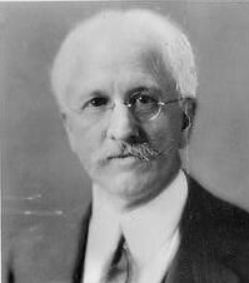 George Aaron Barton was a Canadian author, Episcopal clergyman, and professor of Semitic languages and the history of religion.

James V. Kinnier Wilson is a British Assyriologist. He was Eric Yarrow Lecturer, from 1955 until 1989, and is Emeritus Fellow, Wolfson College, Cambridge.

The Dynasty of Dunnum, sometimes called the Theogony of Dunnum or Dunnu or the Harab Myth, is an ancient Mesopotamian mythical tale of successive generations of gods who take power through parricide and live incestuously with their mothers and/or sisters, until, according to a reconstruction of the broken text, more acceptable behavior prevailed with the last generation of gods, Enlil and his twin sons Nušku and Ninurta, who share rule amicably. It is extant in a sole-surviving late Babylonian copy excavated from the site of the ancient city of Sippar by Hormuzd Rassam in the 19th century.

The Tell Asmar Hoard are a collection of twelve statues unearthed in 1933 at Eshnunna in the Diyala Governorate of Iraq. Despite subsequent finds at this site and others throughout the greater Mesopotamian area, they remain the definitive example of the abstract style of Early Dynastic temple sculpture.

Edubba (Sumerian: 𒂍𒁾𒁀𒀀E2-DUB-ba-a) is the Sumerian for "scribal school." The eduba was the institution that trained and educated young scribes in ancient Mesopotamia during the late third or early second millennium BCE. Most of the information known about edubas comes from cuneiform texts dating to the Old Babylonian period (ca. 2000-1600 BCE).