Thorleif Schjelderup-Ebbe (12 November 1894 in Kristiania – 8 June 1976 in Oslo) [1] was a Norwegian zoologist and comparative psychologist.

Thorleif Schjelderup-Ebbe described the pecking order of hens in his PhD dissertation of 1921. [2] The work in his dissertation was partly based on his observations of his own chickens that he had recorded since the age of 10. [3]

The dominance hierarchy of chickens and other birds that he studied led him to the observation that these birds had established the order in which individuals would be allowed to get to food while others would have to wait for their turn.

He was the son of sculptors Axel Emil Ebbe (1868–1941) and Menga Schjelderup (1871–1945). He was married to Torbjørg Brekke. Their son was Dag Schjelderup-Ebbe, a musicologist, composer, music critic and biographer.

Max Wertheimer was an Austro-Hungarian-born psychologist who was one of the three founders of Gestalt psychology, along with Kurt Koffka and Wolfgang Köhler. He is known for his book, Productive Thinking, and for conceiving the phi phenomenon as part of his work in Gestalt psychology.

Arthur Peter König devoted his short life to physiological optics. Born with congenital kyphosis he studied in Bonn and Heidelberg, moving to Berlin in the fall of 1879 where he studied under Hermann von Helmholtz, whose assistant he became in 1882. After obtaining a doctoral degree in 1882 he qualified for a professorial position in 1884. In 1890 he became director of the physical department of the Physiological Institute of the University of Berlin. In the same year he married Laura Köttgen with whom he had a son, Arthur, who became an astronomer. Circulatory problems caused by his kyphosis resulted in his premature death in 1901.

Gerhard Scherhorn was a German Professor and economist.

Robert Saudek was a Czech-born graphologist and writer of novels, stories, poems and plays. He had considerable influence on the content and standing of graphology worldwide. He also published numerous articles in many languages in periodicals as diverse as The Listener, Zeitschrift für Menschenkenntnis and the Journal of Social Psychology. He also founded the professional graphology society in the Netherlands. He also started two academic periodicals: one in Dutch and the other in English. Many graphologists worldwide today use Saudek’s work without knowing the origin.

Johannes Adolf von Kries was a German physiological psychologist who formulated the modern “duplicity” or “duplexity” theory of vision mediated by rod cells at low light levels and three types of cone cells at higher light levels. He made important contributions in the field of haemodynamics. In addition, von Kries was a significant theorist of the foundations of probability. 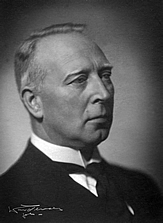 Sigmund Olaf Plytt Mowinckel was a Norwegian professor, theologian and biblical scholar. He was noted for his research into the practice of religious worship in ancient Israel.

Jochen Fahrenberg is a German psychologist in the fields of Personality, psychophysiology and philosophy of science. 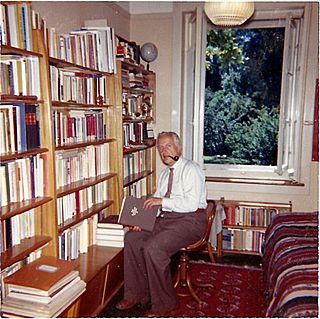 Hans Martin Sutermeister was a Swiss physician and medical writer, politician, and activist against miscarriages of justice.

Kristian Vilhelm Koren Schjelderup was a Norwegian Lutheran theologian, author, and bishop of the Diocese of Hamar in the Church of Norway from 1947 to 1964. He was noted as a warm-hearted and intellectual, liberal theologian.

Stefan Schaub is a German music teacher and scholar.

Johannes Heinrich Schultz was a German psychiatrist and an independent psychotherapist. Schultz became world-famous for the development of a system of self-hypnosis called autogenic training.

Karl Wolfgang Franz Count Motesiczky was an Austrian psychoanalyst and an active opponent of National Socialism. Posthumously, he was honoured as a Righteous Among the Nations. 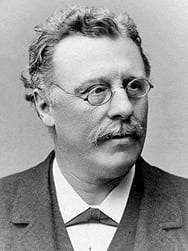 Friedrich Julius Rosenbach, also known as Anton Julius Friedrich Rosenbach, was a German physician and microbiologist. He is credited for differentiating Staphylococcus aureus and Staphylococcus albus, which is now called Staphylococcus epidermidis, in 1884. He also described and named Streptococcus pyogenes. Rosenbach's disease is also named in his honor.

Hans-Werner Gessmann is a German psychologist, founder of humanistic psychodrama and university teacher in Russia.

Erich Lindemann was a German phycologist and taxonomist. 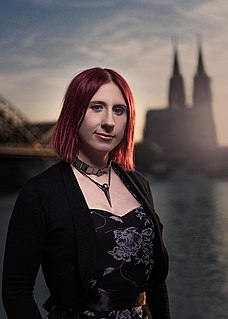 Lydia Benecke is a German criminal psychologist and writer of popular science non-fiction.