Thornby may refer to:

Hornby may refer to:

Thornby is a village and civil parish in the Daventry district of the county of Northamptonshire in England. It has a Manor house. At the time of the 2001 census, the parish's population was 162 people, increasing to 189 at the 2011 Census. The village is bisected by the A5199 road between Northampton and Leicester and about 11 miles (17.7 km) north-west of Northampton town centre. It is about 1½ miles south of a junction with the A14 road which joins the M1 Motorway and M6 junction at Catthorpe with Felixstowe, Suffolk.

The A5199 road is the direct road from Northampton to Leicester in England. It was formerly part of the A50 trunk road that ran from Bedfordshire to Lancashire. For most of its length it is known as the Welford Road, except for small stretches near Welford where it is known as High Street and Northampton Road.

Girl Shy is a 1924 romantic comedy silent film starring Harold Lloyd and Jobyna Ralston. The movie was written by Sam Taylor, Tim Whelan and Ted Wilde and was directed by Fred C. Newmeyer and Taylor.

Bianca is a 1913 silent American short film, written by Hanson Durham, and directed by Robert Thornby.

Croglin is the name of a village, beck (stream), and grange in Cumbria in England. Croglin is a quiet picturesque fellside village between the Pennines and the River Eden, about 14 miles (23 km) south-east of Carlisle. The surrounding land is used for agriculture, mainly sheep. A small river, Croglin Water, flows through the valley down into the River Eden. 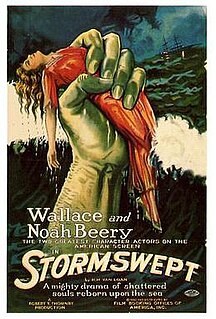 Stormswept is a 1923 silent film starring brothers Wallace Beery and Noah Beery. The advertising phrase used for the movie was "Wallace and Noah Beery, The Two Greatest Character Actors on the American Screen". The film was written by Winifred Dunn from the H. H. Van Loan story, and directed by Robert Thornby. A print of the film survives in London's British Film Institute (BFI).

The Trap is a 1922 American silent film directed by Robert Thornby and starring Lon Chaney. It was released by Universal Pictures. The film was released in the United Kingdom under the title Heart of a Wolf.

Robert Thornby was an American director and actor of the silent era. He directed 75 films between 1913 and 1927. He also appeared in 48 films between 1911 and 1930. He was born in New York, New York and died in Los Angeles, California.

Thornby is a village in Cumbria, England. 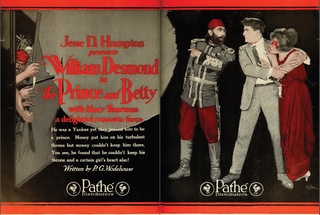 Ted Thornby is a self acclaimed UK ghost hunter, with a large following through his website and forums, and his books on the subject of the Paranormal. 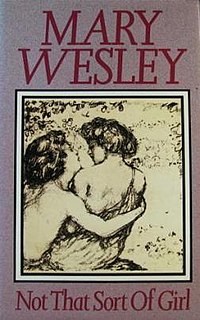 Not That Sort of Girl (1987) is a novel by British author Mary Wesley. The novel is set in Southern England and takes its beginning in the late 1930s and follows the life of Rose Peel throughout 48 years of marriage.

Smash and Grab is a 1937 British comedy crime film directed by Tim Whelan and starring Jack Buchanan, Elsie Randolph, with Arthur Margetson and Anthony Holles. The film was released in the U.S. as Larceny Street. It was followed by a sequel in 1939 The Gang's All Here with Buchanan reprising his role and Googie Withers starring as his wife. 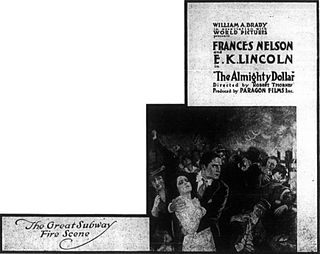 Today is a 1930 American drama film directed by William Nigh and starring Conrad Nagel, Catherine Dale Owen and Sarah Padden. It was co written by Seton I. Miller and was based on a play by George Howells Broadhurst, which had previously been made into a silent film of the same title. The film's sets were designed by the art director Albert S. D'Agostino.

Her Inspiration is a 1918 American silent drama film, directed by Robert Thornby. It stars May Allison, Herbert Heyes, and Charles Edler, and was released on December 30, 1918.