Thornhill, Eastern Cape may refer to:

North by Northwest is a 1959 American thriller film directed by Alfred Hitchcock, starring Cary Grant, Eva Marie Saint and James Mason. The screenplay was by Ernest Lehman, who wanted to write "the Hitchcock picture to end all Hitchcock pictures".

Thornhill is a village in the Scottish council area of Stirling. It lies 14 miles from Stirling itself, south of Callander, east of Aberfoyle and west of Doune. The village is in the parish of Norrieston, named from the much earlier village of Norrieston which lay a little to the east of Thornhill. It is situated on a slight elevation at the western edge of the Carse of Stirling, an area of flat agricultural land which forms the upper part of the floodplain of the River Forth. Much of the land within the Carse was bogland until the late 18th century when concerted efforts were made to clear away the peat and expose the fertile clay soil below. Flanders Moss, the largest remaining area of lowland bog in Scotland and a site of special scientific interest, lies to the south west. 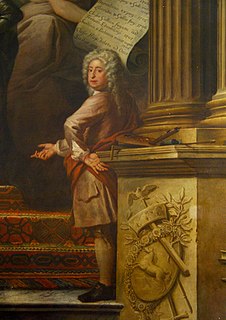 Thornhill is a suburban community in the Regional Municipality of York in Ontario, Canada. It is split between the cities of Vaughan and Markham, lying along the north border of Toronto, centred on Yonge Street. Once a police village, Thornhill is now a community and postal designation. According to the 2001 Census, Thornhill-Vaughan's population was 56,361, and the population of Thornhill-Markham was 47,333. As of 2016, the total population was 112,719. It is immediately south and south-west of Richmond Hill.

Claude Thornhill was an American pianist, arranger, composer, and bandleader. He composed the jazz and pop standards "Snowfall" and "I Wish I Had You".

Thornhill is a federal electoral district in Ontario, Canada, that has been represented in the House of Commons of Canada since 1997.

The Mississauga Chargers are a Junior "A" ice hockey team from Mississauga, Ontario, Canada. They are a part of the Ontario Junior A Hockey League. They are the product of a 1990 merger of two former Metro Junior B franchises, the Thornhill Thunderbirds and the Markham Connection. After the 1990 merger the team spent one year in Markham known as the Markham Thunderbirds, and in 1991 they returned to their Thornhill Thunderbirds name for one season. In 1992, the team moved to Mississauga. As a member of the Metro Junior A Hockey League they participated for 3 seasons. They left for the OPJHL in 1995. They have had a glim past few years, but in the 2007-08 season they saw a rare light when team captain Bruce Crawford lead the entire OPJHL in scoring (41-57-98).

Thornhill v. Alabama, 310 U.S. 88 (1940), is a US labor law case of a United States Supreme Court. It reversed the conviction of the president of a local union for violating an Alabama statute that prohibited only labor picketing. Thornhill was peaceably picketing his employer during an authorized strike when he was arrested and charged. In reaching its decision, Associate Justice Frank Murphy wrote for the Supreme Court that the free speech clause protects speech about the facts and circumstances of a labor dispute. The statute in the case prohibited all labor picketing, but Thornhill added peaceful labor picketing to the area protected by free speech.

USS Thornhill (DE-195) was a Cannon-class destroyer escort built for the United States Navy during World War II. She served in the Atlantic Ocean and Pacific Ocean and provided escort service against submarine and air attack for Navy vessels and convoys. In 1951 the ship was transferred to the Marina Militare and renamed Aldebaran. The ship remained in service until 1976 when she was sold for scrap.

The 2000–01 OPJHL season is the eighth season of the Ontario Provincial Junior A Hockey League (OPJHL). The thirty-seven teams of the North, South, East, and West divisions competed in a 49-game schedule.

Thornhill is a provincial electoral district in Ontario, Canada, that has been represented in the Legislative Assembly of Ontario since 1999. 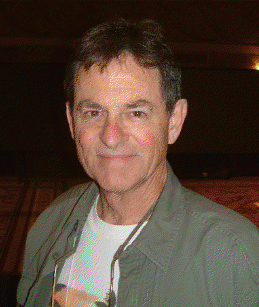 Randy Thornhill is an American entomologist and evolutionary biologist. He is a professor of biology at the University of New Mexico, and was president of the Human Behavior and Evolution Society from 2011 to 2013. He is known for his evolutionary explanation of rape as well as his work on insect mating systems and the parasite-stress theory.

Juan Thornhill is an American football safety for the Kansas City Chiefs of the National Football League (NFL). He played college football at the University of Virginia.