Thornton Heath is an area of southern Greater London, England. Within the boundaries of the historic county of Surrey, it has formed part of the London Borough of Croydon since 1965. It is 7.2 miles (11.6 km) south of Charing Cross and is to the north of Croydon proper.

Until the arrival of the railway in 1862, Thornton Heath was focused on an area 1.5 miles (2.4 km) south west of the Whitehorse manor house (now a school), at the locality on the main London-Sussex road known as Thornton Heath Pond. Between the manor house and pond there was an isolated farmhouse. Eventually it would become the site for the railway station and the main expansion hub.

In the 50-year period 1861–1911, Thornton Heath saw a complete transformation from isolated rural outpost to integrated metropolitan suburb. In its infancy, a new railway station sited in the eastern farmlands enabled that immediate area to evolve around a central point. In the late 19th century, the western part of Thornton Heath, which lay directly on the main London-Sussex road, demonstrated a classic form of suburban ribbon development. In the process, it became the final piece in an urban chain linking two major centres, London and Croydon, completing the greatest metropolitan expansion in the world at that time.

There is a London Bus garage at the junction known as Thornton Heath Pond (although there is no longer a pond) where the A23 Brighton Road splits from the A236 Croydon road. The nearest railway stations are Thornton Heath, Norbury, Norwood Junction and Selhurst. Croydon's Tram system nearby has links to Wimbledon.

Architecturally, Thornton Heath is predominantly Victorian in both its residential and commercial sectors. There are a number of imposing, even grand, buildings surviving from this period.

Two examples are St Paul's Church and St Alban's Church. St Alban's is an Anglican church and is listed Grade II. Built in 1889, it was the first church designed by the late Victorian architect Sir Ninian Comper. It is situated on a busy junction (of Grange Road and the High Street), as can be seen in the photograph. It is described as being of a red-brick perpendicular style with stone dressing.

At the junction of the High Street and Parchmore Road, on a site previously called Walker's Green, stands the Clocktower, which was built in 1900, financed partly by public subscription.

However, the Victorian baths did not survive, [2] and were replaced by a modern sports and leisure centre in 2004. [3] It cost £8m with £2.8m from the British National Lottery Good Causes Fund through Sport England. [3] [4]

Thornton Heath has a high degree of ethnic diversity with large proportion of people from a BAME background. In the 2011 census, Thornton Heath, comprising the wards of Bensham Manor, Thornton Heath and West Thornton, was Black or Black British (36.4%), White or White British (27.4%), Asian or Asian British (25.9%), Mixed/multiple ethnic groups (7.1%), and Other ethnic group (6.6%). The largest single ethnicity is White British (20.2%) followed by British African-Caribbean people (17.6%). [5] [6] [7]

Thornton Heath gained a new leisure centre in May 2004 which has proved popular. [3] The popularity was such that turnstiles had to be fitted to improve security. [3] [8] The centre is owned by Croydon Council, but originally run by Parkwood Leisure, [3] and now run by Fusion Lifestyle in partnership with the council. [9]

Thornton Heath formerly had a Non-League football club, Croydon Athletic, who played at the Keith Tuckey Stadium; but the club ceased to exist at the end of the 2010-11 season. In 2012, fans of the club formed AFC Croydon Athletic, which plays at the Mayfield Stadium. In 2015 the club competed in the Southern Counties East League. The reformed 5 time FA Cup winners Wanderers FC currently play at Thornton Heath.

Thornton Heath is also home to historic rugby club Streatham-Croydon RFC founded in 1871. Their grounds and clubhouse are located in Frant Road off Brigstock Road.

Thornton Heath is one of the railway stations used by visitors to Crystal Palace's Selhurst Park stadium.

Thornton Heath Community Action Team [10] was formed in 2014 by a group of residents and businesses. Its aim is to deliver projects to improve the area. This has included organising litter picks, planting of new plants, and a community Christmas tree. 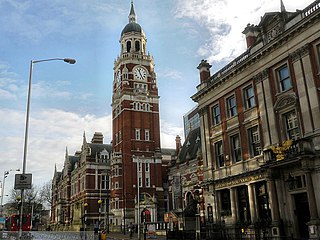 Croydon is a large town in south London, England. It is 9.4 miles (15.1 km) south of Charing Cross. The principal settlement in the London Borough of Croydon, it is one of the largest commercial districts in Greater London outside Central London, with an extensive shopping district and night-time economy. The entire town had a population of 192,064 as of 2011, whilst the wider borough had a population of 384,837. 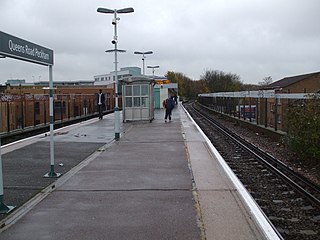 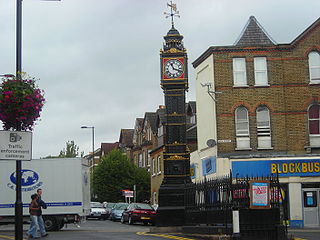 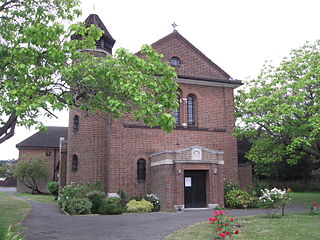 Norbury is a district in south-west London. It shares the postcode London SW16 with neighbouring districts Streatham and Croydon. Norbury is 6.7 miles (10.8 km) south of Charing Cross. 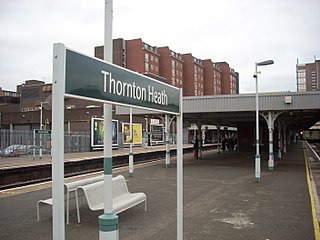 Thornton Heath is a railway station in the London Borough of Croydon in south London, 8 miles 64 chains (14.2 km) down the line from London Victoria. It is on the Brighton main line between Norbury and Selhurst. The station is operated by Southern, who also provide the majority of services. The station is in Travelcard Zone 4.

Croydon North is a constituency represented in the House of Commons of the UK Parliament since 2012 by Steve Reed of the Labour Party and the Co-operative Party. The seat was created in 1918 and split in two in 1955 and re-devised in a wholly different form in 1997. 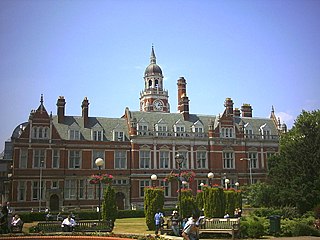 Norbury Brook is a tributary of the River Wandle that rises near Lower Addiscombe Road and flows north-west through Selhurst, Thornton Heath and Norbury to join the Wandle at south Wimbledon.

Croydon North West was a borough constituency represented in the House of Commons of the Parliament of the United Kingdom. It elected one Member of Parliament (MP) by the first past the post system of election. 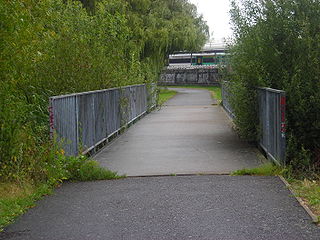 Heavers Meadow is a meadow located in South Norwood and Selhurst in the London Borough of Croydon. South Norwood Recreation Ground is on the other side of the road. The meadow covers an area of 8​3⁄4 acres. With meadows there are not usually many facilities. Heavers is no exception; the only facility stated on the council's website is a footpath through a flood meadow. 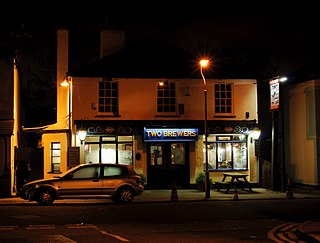 Selhurst is a London suburb in the Borough of Croydon 7.8 miles (12.6 km) south-south-east of Charing Cross. Historically it lay in Surrey. The area is bounded to the west and south by Thornton Heath and Croydon and to the east and south by South Norwood and Woodside. Selhurst Park, the home stadium of Crystal Palace Football Club, is sited at the northern end of the neighbourhood.

Grangewood Park is an extensive woodland area situated in South Norwood, London. It is managed by the London Borough of Croydon. It is bounded by Grange Road, Wharncliffe Road, and Ross Road. It covers an area of 27​3⁄4 acres 11.23 hectares. The park is located on the main A212 road between Thornton Heath and Upper Norwood/Crystal Palace. The nearest stations are Thornton Heath, Selhurst and Norwood Junction.

Selhurst Road is a main road between South Norwood and Selhurst in the London Borough of Croydon, south London. It forms part of the A213 road which is a major A Road connecting both Sydenham and Croydon.

Bensham Manor is a ward in the London Borough of Croydon, covering part of the Thornton Heath area of London in the United Kingdom. The ward extends from Thornton Heath railway station westwards and is largely residential with a retail or industrial core. The population of the Ward at the 2011 Census was 16,201. 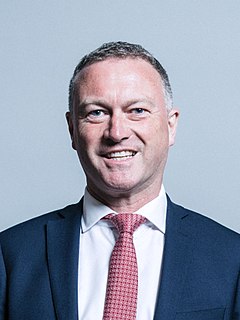