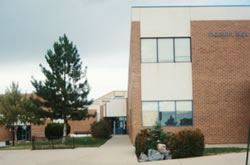 Thornton High School is a high school located in Thornton, Colorado that serves nearly 2,000 students and has approximately 130 staff members.

Thornton Fractional Township South High School is a high school located in Suburban Cook County, Illinois, located 6 miles (9.7 km) from the city limits of Chicago. The school serves an area of approximately 9 square miles (23 km2), & serves over 2,000 students in grades 9-12 who reside in the near South Suburban communities of Lansing & Lynwood. 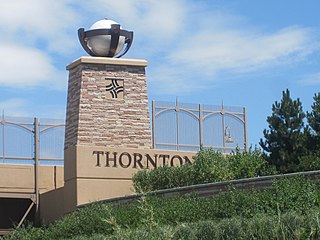 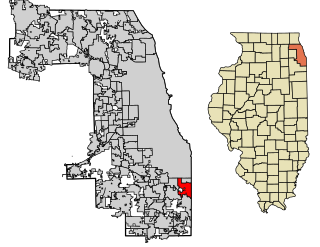 Lansing is a village in Cook County, Illinois, United States. Lansing is a southern suburb of Chicago. The population was 28,331 at the 2010 census. 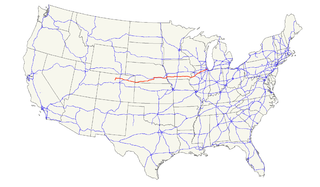 U.S. Route 34 is an east–west United States highway that runs for 1,122 miles (1,806 km) from north-central Colorado to the western suburbs of Chicago. Through Rocky Mountain National Park it is known as the Trail Ridge Road where it reaches elevation 12,183 feet (3,713 m), making it the highest paved through highway in the United States. The highway's western terminus is Granby, Colorado at U.S. Route 40. Its eastern terminus is in Berwyn, Illinois at Illinois Route 43 and Historic US 66.

West High School may refer to:

Central High School may refer to a number of high schools:

North High School may refer to:

Lincoln School may refer to:

South Suburban College is a community college located in the south suburbs of Chicago serving the Chicago Southland. The main campus is situated in South Holland, Illinois with a second campus, the Oak Forest Center located in Oak Forest, Illinois.

Daniel Isaac J. "Dan" Thornton was a United States cattle breeder and Republican politician who served as the 33rd Governor of the State of Colorado from 1951 to 1955.

Rod Bockenfeld is an American politician who is a member of the Colorado House of Representatives from the from the 56th District, which encompasses portions of Arapahoe and Adams counties, including the communities of Aurora, Bennett, Brick Center, Brighton, Byers, Comanche Creek, Commerce City, Deer Trail, Lochbuie, Peoria, Strasburg, Thornton, Todd Creek, and Watkins.