James Thornton may refer to:

They Made Me a Fugitive is a 1947 British film noir set in postwar England.

Henry Thornton may refer to:

George Thornton was an English amateur first-class cricketer, who played County Championship cricket for Yorkshire County Cricket Club in three matches in 1891, and later that decade for Middlesex, and later appeared in a Test match representing South Africa in 1902.

Edward Thornton may refer to:

John Thornton may refer to:

Thornton is a surname found in Ireland and Britain.

Charles Inglis Thornton, nicknamed "Buns", was an English cricketer who played more than 200 first-class matches in the later 19th century, for no fewer than 22 different teams. He was also the founder of the Scarborough Festival.

The Sir George-Étienne Cartier Parkway, formerly known as the Rockcliffe Parkway, is a parkway in Ottawa, Ontario, Canada. 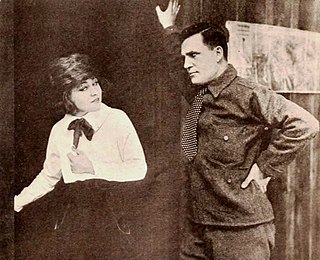 Boy of Mine is a 1923 American silent family drama film directed by William Beaudine that was based upon a short story by Booth Tarkington. It stars Ben Alexander, Rockliffe Fellowes, and Henry B. Walthall. Wendy L. Marshall stated that "Beaudine had the Midas touch when it came to directing children" in films like this and Penrod and Sam.

The Signal Tower is a 1924 American silent drama film directed by Clarence Brown and produced and distributed by Universal Pictures. The film stars Virginia Valli, Rockliffe Fellowes, and Wallace Beery.

Rockliffe may refer to:

The Phantom Broadcast is a 1933 American mystery film directed by Phil Rosen and starring Ralph Forbes, Vivienne Osborne and Gail Patrick. It was based on a story by Tristram Tupper entitled Phantom of the Air.

The Crystal Cup is a 1927 American drama film directed by John Francis Dillon and written by Gerald Duffy and Mort Blumenstock. It is based on the 1925 novel The Crystal Cup by Gertrude Atherton. The film stars Dorothy Mackaill, Rockliffe Fellowes, Jack Mulhall, Clarissa Selwynne, Jane Winton and Edythe Chapman. The film was released on October 16, 1927, by First National Pictures.

Sassafras is a locality and small rural community in the local government area of Latrobe, in the North West region of Tasmania. It is located about 20 kilometres (12 mi) inland from the town of Devonport. The Mersey River forms part of its western boundary, and the Bass Highway passes through from south to north-west. The 2016 census determined a population of 347 for the state suburb of Sassafras.

The Point of View is a 1920 American silent drama film directed by Alan Crosland and starring Elaine Hammerstein, Rockliffe Fellowes and Arthur Housman.