Thornville may refer to:

Thornville is a town in Richmond Local Municipality in the KwaZulu-Natal province of South Africa.

Thornville is a village in Perry County, Ohio, United States. It is 20 miles north of the county seat of New Lexington. The population was 991 at the 2010 census.

Thornville is a locality in the Toowoomba Region, Queensland, Australia. 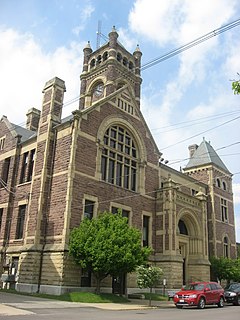 Perry County is a county located in the U.S. state of Ohio. As of the 2010 census, the population was 36,058. Its county seat is New Lexington. Founded on March 1, 1818, from parts of Fairfield, Washington and Muskingum counties, it was the 55th county to be formed in Ohio. The county is named for Oliver Hazard Perry, a hero of the War of 1812.

Lapeer County is a county located in the U.S. state of Michigan. As of the 2010 census, the population was 88,319. The county seat is Lapeer. The county was created on September 18, 1822, and was fully organized on February 2, 1835. The name is a corruption of the French la pierre, which means "the flint".

Metamora Township is a civil township of Lapeer County in the U.S. state of Michigan. The population was 4,184 at the 2000 census. The 2008 census estimate places the population at 4,582.

Fairfield Beach is an unincorporated community and census-designated place (CDP) in Fairfield County, Ohio, United States. The population was 1,292 at the 2010 census.

Hkamti Long was a Shan state in what is today Burma. It was an outlying territory, located by the Mali River, north of Myitkyina District, away from the main Shan State area in present-day Kachin State. The main town was Putao.

The All Good Music Festival and Camp Out was a weekend-long event held annually in July. Since its inception in 1997, it had been held at venues along the Mid-Atlantic, including Masontown, West Virginia and locations in Maryland and Virginia, most notably Marvin's Mountaintop. It moved to Legend Valley in Thornville, Ohio in 2012. All Good announced they would be taking a short hiatus in 2014 and not be having a festival. They returned in 2015 in Summit Point, West Virginia. Headlining acts were Primus, moe. and Cake. In 2016, it was announced the festival had been retired and would be replaced by a two-day event at Merriweather Post Pavilion.

Sheridan High School is a common school name in the United States:

Thorn Township is one of the fourteen townships of Perry County, Ohio, United States. The 2000 census found 3,765 people in the township, 3,034 of whom lived in the unincorporated portions of the township.

¡Bastardos en Vivo! is a live EP album by Blues Traveler, released August 29, 2006. It contains live recordings of several songs from the band's album ¡Bastardos!, plus a rendition of the Charlie Daniels Band's classic southern rock song, "The Devil Went Down to Georgia". In America, the album was made available only via independent record stores.

State Route 188 (SR 188) is a 39.04-mile-long (62.83 km) east–west state highway located in the central part of the U.S. state of Ohio. SR 188's western terminus is in Circleville at a signalized intersection where it meets the concurrency of U.S. Route 22 (US 22) and SR 56. Its eastern terminus is at a signalized intersection with SR 204 in the central business district of the village of Thornville.

Round Island, is a private island, located within Buckeye Lake, in Fairfield County, Ohio. In the 1920s, a cottage was built on the island, and in 1995 it was purchased and renovated by the late Dave Thomas, CEO and founder of Wendy's restaurants.

Buckeye Lake may refer to:

Thornport is a census-designated place in Perry County, in the U.S. state of Ohio. It is 2 miles north of Thornville and 22 miles north of the county seat of New Lexington. 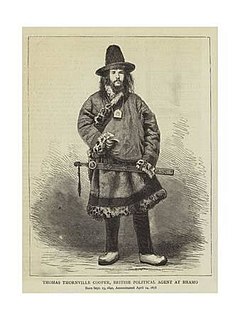