Thorogood as a surname may refer to: 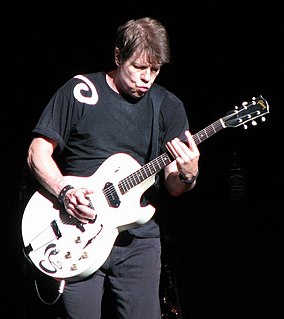 George Lawrence Thorogood is an American musician, singer and songwriter from Wilmington, Delaware. His "high-energy boogie-blues" sound became a staple of 1980s rock radio, with hits like his original songs "Bad to the Bone" and "I Drink Alone". He has also helped to popularize older songs by American icons, such as "Move It on Over", "Who Do You Love?", and "House Rent Boogie/One Bourbon, One Scotch, One Beer".

Ian Thorogood was an Australian rules footballer who played and coached in the Victorian Football League (VFL).

"Move It On Over" is a very popular song written and recorded by the American mainly country music singer-songwriter Hank Williams in 1947. The song was Williams' first major hit, reaching #4 on the Billboard Singles chart. The song is considered one of the earliest examples of rock and roll music.

Stoned, also known as The Wild and Wycked World of Brian Jones in the United Kingdom, is a 2005 film about Brian Jones, one of the founding members of The Rolling Stones. The film is a cinematic work of historical fiction, taking as its premise the idea that Jones was murdered by Frank Thorogood, a builder who had been hired to renovate and improve Jones's house Cotchford Farm in East Sussex, though there is a curious ghost-epilogue where Jones comes back to earth, to thank chauffeur/minder Tom Keylock - not Thorogood - for making him into an immortal martyr. The film also paints a picture of Jones's use of alcohol and drugs, and his relationships with Anita Pallenberg and Anna Wohlin. David Walliams from Little Britain featured in the film.

The Hard Stuff is the thirteenth studio album by George Thorogood and the Destroyers. It was released on May 30, 2006 on the Eagle Records label. The album peaked at No. 27 on the Billboard charts. It was their first album recorded after the departure of long time saxophone player Hank "Hurricane" Carter, a 23-year member of the band. 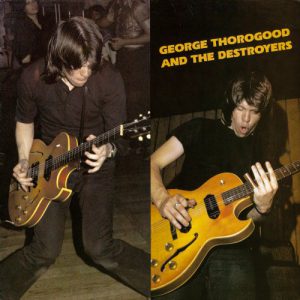 George Thorogood and the Destroyers is the self-titled debut album by American blues rock band George Thorogood and the Destroyers, released in 1977. Consisting mostly of covers of blues hits, it includes a medley of John Lee Hooker's "House Rent Boogie" and "One Bourbon, One Scotch, One Beer", the latter a song written by Rudy Toombs for Amos Milburn, and later covered by Hooker.

Maverick is the sixth album by the band George Thorogood and the Destroyers. It was released in 1985, and was produced by Terry Manning.

Bad to the Bone is the fifth studio album by American Blues-Rock band George Thorogood and the Destroyers. It was released in 1982 by the label EMI America Records and contains their best known song, "Bad to the Bone". The album also features The Rolling Stones side-man Ian Stewart on keyboards. A special edition of this album was released in 2007 to mark the 25th anniversary of the album's original release. 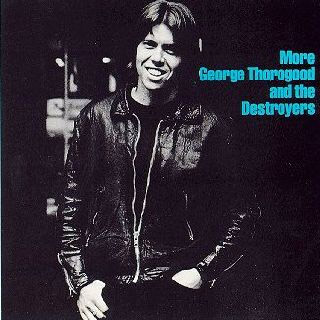 Miss Venezuela 1999 was the 46th Miss Venezuela pageant, was held in Caracas, Venezuela, on September 10, 1999, after weeks of events. The winner of the pageant was Martina Thorogood, Miss Miranda.

Jack Thorogood was an English professional footballer who scored 26 goals in 98 appearances in the Football League playing for Birmingham and Millwall. He played as an outside left.

"All My Rowdy Friends Are Coming Over Tonight" is a song written and recorded by American country music performer Hank Williams Jr. It was released in October 1984 as the second single from his album Major Moves. It peaked at number ten on the country music charts. From 1989 to 2011 Williams performed a version of the song as the opening theme to Monday Night Football. The song was reinstated in 2017, with a new version by Williams, Jr., Florida Georgia Line and Jason Derulo. 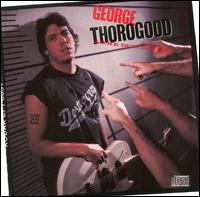 Born to Be Bad is the seventh studio album released by George Thorogood and the Destroyers. It was released in 1988 on the EMI label. The album peaked at #32 on the Billboard 200, and was on the charts for 24 weeks. 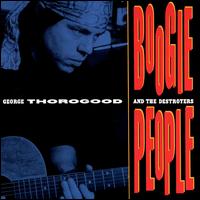 Boogie People is the eighth studio album released by George Thorogood and the Destroyers. It was released in 1991 on the EMI label. The album peaked at #77 on the Billboard 200.

Timothy "Tim" Rupert Thorogood is an English administrator who served as Chief Executive of the Falkland Islands from 2008 until 2012.

2120 South Michigan Ave. is the fifteenth studio album by George Thorogood and the Destroyers. It was released on June 14, 2011 on the Capitol Records label. The album peaked at #2 on the Billboard Top Blues Albums chart. The title refers to the address of the offices and recording studios of Chess Records in Chicago. The album contains ten covers of songs recorded on Chess Records by artists such as Chuck Berry, Bo Diddley, Willie Dixon, and Muddy Waters; plus a cover of The Rolling Stones' instrumental "2120 South Michigan Avenue" and two original songs about Chess Records artists. Capitol Records approached Thorogood with the idea for the album and selected most of the songs. Buddy Guy and Charlie Musselwhite perform on the album, although their work was added after primary recording was complete. 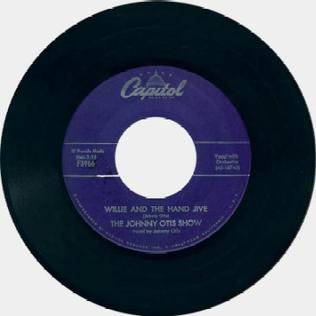 "Willie and the Hand Jive" is a song written by Johnny Otis and originally released as a single in 1958 by Johnny Otis Show, reaching #9 on the Billboard Hot 100 chart and #5 on the Billboard R&B chart. The song has a Bo Diddley beat and was partly inspired by the music sung by a chain gang Otis heard while he was touring. The lyrics are about a man who became famous for doing a dance with his hands, but the song has been accused of glorifying masturbation, though Otis has always denied it. It has since been covered by numerous artists, including The Strangeloves, Eric Clapton, Cliff Richard, Kim Carnes, George Thorogood and The Grateful Dead. Clapton's 1974 version was also released as a single and also reached the Billboard Top 40, peaking at #26. Thorogood's 1985 version reached #25 on the Hot Mainstream Rock Tracks chart.

Robert Thorogood is an English screenwriter. He is best known as the creator of the BBC One murder mystery series Death in Paradise. He won France Film's "En Route to France" award in 2012.

"Get a Haircut" is a rock song by George Thorogood and the Destroyers. It was released as a single from the 1992 album Haircut. 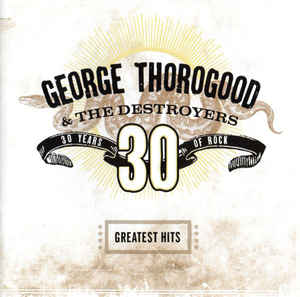 Greatest Hits: 30 Years of Rock is the fourth compilation album by American musician and singer-songwriter George Thorogood, and his band The Destroyers released in 2004. The album celebrates 30 years of the band, and includes new two tracks which are new versions of previously released hits.