Thorold Barron Dickinson CBE (16 November 1903 – 14 April 1984) was a British film director, screenwriter, film editor, film producer, and Britain's first university professor of film. [1] In the years prior to 2003 Dickinson's work received much praise, [2] with fellow director Martin Scorsese describing him as "a uniquely intelligent, passionate artist... They're not in endless supply." [3]

Of Norwegian descent, [4] his father was the Archdeacon of Bristol from 1921 to 1927, Dickinson was educated at Clifton College [5] and Keble College, Oxford where he read theology, history and French. [4] He was sent down from Oxford in his last year because his interest in theatre and film caused him to neglect his studies; he was inspired by lectures given by Edward Gordon Craig. [4] During his time at Oxford he interrupted his studies to observe the film industry in France where he worked with George Pearson, the father of an Oxford friend. [6] For Pearson he wrote the scenario of The Little People (1926). [7] Following this he observed the American industry's transition to sound in New York in 1929. In the 1920s and 1930s he was active in the London Film Society, being responsible for the technical presentation of films. At the LFS, he helped introduce the work of the Soviet directors Sergei Eisenstein and Dziga Vertov to British audiences, and in 1937 staged a notable programme protesting the Italian invasion of Abyssinia, Record of War. [8]

Dickinson worked as a film editor on such features as Love's Option (1928), Auld Lang Syne (1929), Loyalties (1933) and Sing As We Go! (1934). His first directorial experience was on Java Head (1934), when he took over after J. Walter Ruben became ill and was unable to continue. [7] He became Vice-President of the Association of Cine-Technicians in 1936, observing the Soviet film industry for the craft union the following year, [9] remaining in the post until 1953.

Dickinson's first feature film, starring Lionel Atwill and Lucie Mannheim, was The High Command (1937), for which he formed the short-lived Fanfare Pictures with Gordon Wellesley. He visited Spain during the Civil War and made two documentary shorts, one of which Spanish ABC (1938) "is a sober advocacy of the educational policy of Republican Spain". [9] At short notice, Dickinson took over direction of Gaslight (1940). Based on the Patrick Hamilton play, it was later suppressed for some years when MGM bought the rights for its own version, but led to an invitation to work in Hollywood from David O. Selznick which was rejected by Dickinson. [10]

A film biography of Disraeli, The Prime Minister (1941), starring John Gielgud, was disowned by its director, [8] but The Next of Kin (1942), expanded from what was originally intended as a training film, is described by Philip Horne as "one of the most interesting, and thrillingly ruthless, propaganda films of the War". [11] Men of Two Worlds (1946), from a script by novelist Joyce Cary starring Robert Adams, attempted to "tell an African story from the point of view of an African". [12] It was though a difficult production; the crew lost equipment and film stock.

For The Queen of Spades (1949) Dickinson assumed responsibility at five days notice after he was recommended by actor Anton Walbrook, the star of Gaslight, when the production was close to collapse. Following an aborted attempt to adapt Thomas Hardy's The Mayor of Casterbridge in time for the Festival of Britain, he returned to Secret People (1952), a long cherished project which Ealing Studios took up, but this was unsuccessful at the box-office and became Dickinson's last British-made feature film.

Secret People was notable for providing Audrey Hepburn with her first supporting film role. Performing all her own ballet moves during the dance sequences, Dickinson went on to film the screen test of Audrey which led to international stardom. In the screen test, she describes how she used to dance for audiences to raise funds for the resistance in The Netherlands during the Second World War. The screen test was sent to director William Wyler and led to her casting as Princess Ann in Roman Holiday . [13]

In Israel, Dickinson directed a short film for the Israeli Army, The Red Ground (1953), [14] and an English-language feature, Hill 24 Doesn't Answer (1955), for which he reworked the screenplay in collaboration with his wife Joanna. Dickinson's other work outside the UK included a tenure with the United Nations Department of Public Information as Chief of Film Services from 1956 to 1960. [15] In 1959 he was a member of the jury at the 1st Moscow International Film Festival. [16]

After his work with the United Nations, Dickinson devoted the final part of his life to teaching about film. [17] In 1960 he established the film studies department at the Slade School of Fine Art, University College London, [18] where one of his first students was Raymond Durgnat, the prominent film critic. Others included Marco Bellocchio and Maysoon Pachachi. [19] In 1967 he was head of the jury at the 17th Berlin International Film Festival. [20] In the same year, he was named a professor in the department, becoming the first professor of film studies in the UK. He served in the post until 1971. He was appointed CBE in the 1973 Birthday Honours.

The Thorold Dickinson Archive is held at the University of the Arts London's Archives and Special Collections Centre. [21] 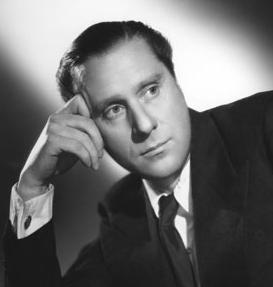 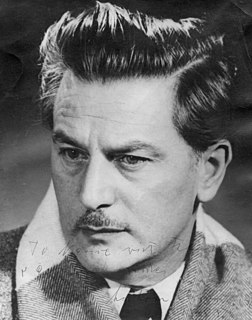 Adolf Anton Wilhelm Wohlbrück was an Austrian actor who settled in the United Kingdom under the name Anton Walbrook. A popular performer in Austria and pre-war Germany, he left in 1936 out of concerns for his own safety and established a career in British cinema. Walbrook is perhaps best known for his roles in The Life and Death of Colonel Blimp and The Red Shoes. 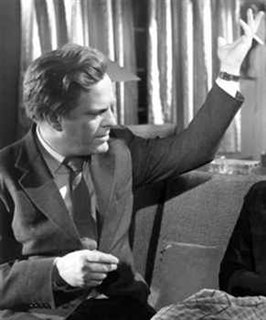 Seth Holt was a British film director, producer and editor. His films are characterized by their tense atmosphere and suspense, as well as their striking visual style. In the 1960s, Movie magazine championed Holt as one of the finest talents working in the British film industry, although his output was notably sparse. 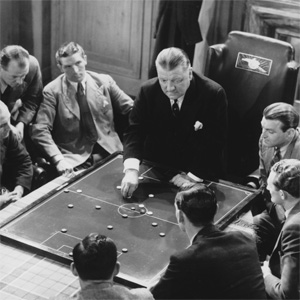 The Arsenal Stadium Mystery is a 1939 British mystery film and one of the first feature films wherein football is a central element in the plot. The film was directed by Thorold Dickinson, and shot at Denham Film Studios and on location at Arsenal Stadium. It was written by Dickinson, Donald Bull, and Alan Hyman, adapted from a 1939 novel by Leonard Gribble. 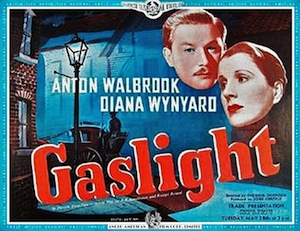 Gaslight is a 1940 British psychological thriller film directed by Thorold Dickinson which stars Anton Walbrook and Diana Wynyard, and features Frank Pettingell. The film adheres more closely to the original play upon which it is based – Patrick Hamilton's Gas Light (1938) – than the 1944 MGM remake. The play had been performed on Broadway as Angel Street, so when the MGM remake was released in the United States, it was given the same title as the American production. 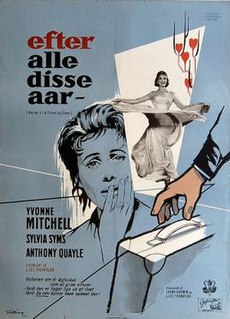 The Queen of Spades is a 1949 fantasy-horror film based on the 1834 short story of the same name by Alexander Pushkin. It stars Anton Walbrook, Edith Evans and Yvonne Mitchell. Evans and Mitchell were better known at the time as stage actors; this film was their cinematic debut.

Monitor is a British arts television programme that was launched on 2 February 1958 on BBC and ran until 1965.

The Caretaker is a 1963 British drama film directed by Clive Donner and based on the Harold Pinter play of the same name. It was entered into the 13th Berlin International Film Festival where it won the Silver Bear Extraordinary Jury Prize.

Men of Two Worlds is a 1946 British Technicolor drama film directed by Thorold Dickinson and starring Robert Adams, Eric Portman and Phyllis Calvert. The screenplay concerns an African music student who returns home to battle a witch doctor for control over his tribe. 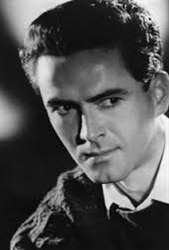 Brown Derby was a Scottish film and television actor. He made his film debut as Edith Evans's footman in Thorold Dickinson's classic The Queen of Spades (1949). He played Sergeant Roberts, too, in Suspended Alibi. Derby had a regular role as Scott-Erskine in the BBC's The Omega Factor, and also starred in Dr. Finlay's Casebook, Z-Cars, The Saint, Sutherland's Law, Play for Today, Take The High Road and many other British television shows.

Margaret Thomson was an Australian-born documentary filmmaker who divided her forty-year career between New Zealand and England. She was the first female film director active in New Zealand.