Thorolf Rafto (July 6, 1922 – November 4, 1986) was a human rights activist and professor in Economic History at the Norwegian School of Economics in Bergen, Norway. The Rafto Foundation for Human Rights was established in gratitude for his efforts and inspiration. [1]

Thorolf Rafto was born in Bergen, Norway. His father, Robert Rafto was an Olympic gymnast and the winner of the Norwegian decathlon championships in 1918. In his younger days Rafto competed on national level in athletics, and won the Norwegian championships in decathlon in 1947. During World War II, Thorolf Rafto fled to Britain and served with the Royal Norwegian Air Force. Back in Bergen after the war, he earned university degrees in Languages and History. In 1950, at the age of 28, Rafto married Helga Hatletvedt with whom, he had four children. In 1956, Thorolf Rafto became a lecturer at the Norwegian School of Economics in Bergen. [2]

His involvement in political activism in Eastern Europe started with the Prague Spring of 1968. Later in his life, Rafto got, particularly, supportive of the liberal ideas of the Czechoslovak reformists such as Alexander Dubček and Jiří Hájek. In 1973, Rafto travelled to Odessa, where he witnessed the persecution of intellectuals and Soviet Jewish refuseniks , who had applied for emigration to Israel. On the return from the Soviet Union, Rafto wrote an article criticizing internal Soviet politics in Italy's Corriere della Sera, that later was published in Norway and Denmark. In 1979, Rafto traveled again to Prague to hold a lecture for students excluded from the universities for political reasons. He was abused and later imprisoned by the security police which may have caused him lasting health damage. In 1981, Rafto made several trips to Poland to work closer with labour organisations there. By 1985 his health was weakening. In 1986, Thorolf Rafto died at 64 years of age. [3]

After the death of Thorolf Rafto, his friends and colleagues agreed to establish the Rafto Foundation for Human Rights (Raftostiftelsen) which would continue Rafto’s work on a promotion of freedom of speech and political expression in Eastern Europe. It was also decided to introduce the Thorolf Rafto Memorial Prize (Raftoprisen) for human right activists. [4]

The fall of the Iron Curtain and the consequential democratization of Eastern European states caused reconsider of the mission of the foundation. It also opened new possibilities to work with other geographical regions in a promotion of human rights. The initial idea of the Rafto Prize is to provide a basic informative platform for the laureates that would help to receive further attention from the international media and support from political and non-political organisations. [5] 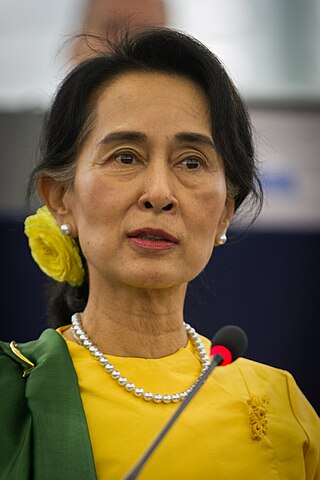 Ole Danbolt Mjøs was a Norwegian physician and politician for the Christian Democratic Party. A professor and former rector at the University of Tromsø, he was known worldwide as the leader of the Norwegian Nobel Committee from 2003 to 2008.

The Sakharov Prize for Freedom of Thought, commonly known as the Sakharov Prize, is an honorary award for individuals or groups who have dedicated their lives to the defence of human rights and freedom of thought. Named after Russian scientist and dissident Andrei Sakharov, the prize was established in December 1988 by the European Parliament. 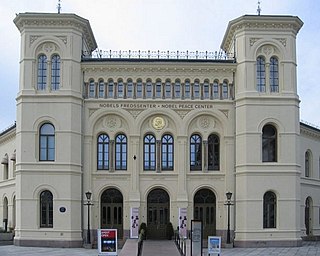 The Nobel Peace Center in Oslo, Norway is a showcase for the Nobel Peace Prize and the ideals it represents. The center is also an arena where culture and politics merge to promote involvement, debate and reflection around topics such as war, peace and conflict resolution. The center is located in Oslo, Norway at the City Hall Square (Rådhusplassen). 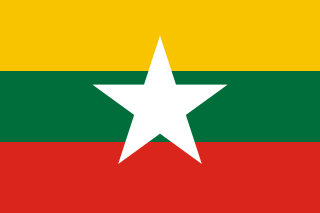 The National Coalition Government of the Union of Burma was an administration which claimed to be the government in exile of Burma (Myanmar). It had its headquarters in Rockville, Maryland, United States. It was formally established in December 1990, with Sein Win as its first prime minister. It was dissolved in September 2012.

The Human Rights Foundation (HRF) is a non-profit organization that focuses on promoting and protecting human rights globally, with an emphasis on closed societies. HRF organizes the Oslo Freedom Forum. The Human Rights Foundation was founded in 2005 by Thor Halvorssen Mendoza, a Venezuelan film producer and human rights advocate. The current chairman is Russian chess grandmaster Garry Kasparov, and Javier El-Hage is the current chief legal officer. The foundation's head office is in the Empire State Building in New York City.

The Human Rights House of Bergen is based in Bergen, Norway. It is located near the student centre (Studentsenteret) of the University of Bergen and is owned and operated by the Egil Rafto House Foundation.

Parvez Imroz is an Indian human rights lawyer and a civil rights activist in Srinagar, the summer capital of the Jammu and Kashmir, India.

The Norwegian Burma Committee is a Norwegian advocacy group.

Alexander Myint San Aung Aris is the elder son of Aung San Suu Kyi and Michael Aris. He is also a grandson of Aung San, who is credited with achieving the independence of Myanmar. He has been representing his mother, who has been detained by the military junta for years; he accepted the Nobel Peace Prize for her, and on many other awards and occasions, he has represented her.

The Cinema for Peace Foundation is a registered, non-profit organization based in Berlin, Germany. It supports film-based projects dealing with global humanitarian and environmental issues, and coordinates the Cinema for Peace awards.