To promote knowledge, understanding and appreciation of the history, archaeology and antiquities of Nottinghamshire, and to support local research and conservation. [2]

The society is governed by the Officers and Council of the Thoroton Society elected at the Annual General Meeting. The current president is Adrian Henstock BA DAA FRHistS.

The society has two main series of publications: 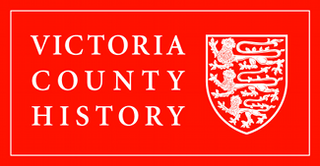 The Victoria History of the Counties of England, commonly known as the Victoria County History or the VCH, is an English history project which began in 1899 and was dedicated to Queen Victoria with the aim of creating an encyclopaedic history of each of the historic counties of England. In 2012 the project was rededicated to Queen Elizabeth II in celebration of her Diamond Jubilee year. Since 1933 the project has been coordinated by the Institute of Historical Research in the University of London.

Calverton is a village and civil parish, of some 3,300 acres (1,300 ha), in the Gedling district, about seven miles north-east of Nottingham, Nottinghamshire, England, and situated, like nearby Woodborough and Lambley, on one of the small tributaries of the Dover Beck. The 2011 census found 7,076 inhabitants in 2,987 households. About two miles to the north of the village is the site of the supposed deserted settlement of Salterford. 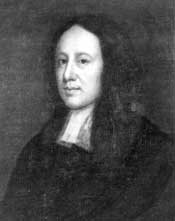 Dr Robert Thoroton was an English antiquary, mainly remembered for his county history, The Antiquities of Nottinghamshire (1677).

The Royal Historical Society, founded 1868, is a learned society of the United Kingdom which advances scholarly studies of history. 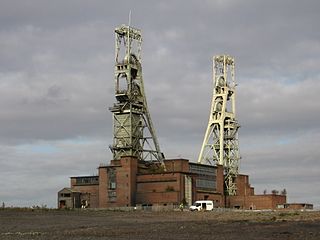 Clipstone in north Nottinghamshire is a small ex-coal mining village built on the site of an old army base and likely the site of a medieval royal palace. The population of the civil parish was 3,469 at the 2001 census, increasing to 4,665 at the 2011 census.

Local history is the study of history in a geographically local context and it often concentrates on the local community. It incorporates cultural and social aspects of history. Local history is not merely national history writ small but a study of past events in a given geographical but one that is based on a wide variety of documentary evidence and placed in a comparative context that is both regional and national. Historic plaques are one form of documentation of significant occurrences in the past and oral histories are another. 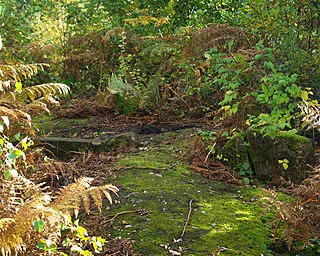 Thynghowe was an important Viking Era open-air assembly place or thyng, located at Sherwood Forest, in Nottinghamshire, England. It was lost to history until its rediscovery in 2005 by the husband and wife team Lynda Mallett and Stuart Reddish, who are local history enthusiasts. As a result of continued research, Thynghowe is now included on the English Historic England Archive. 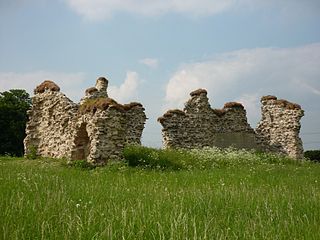 King John's Palace is the remains of a former medieval royal residence in Clipstone, north-west Nottinghamshire. The name "King John's Palace" has been used since the 18th century; prior to that the site was known as the "King's Houses". It is not known how or when the building became associated with King John as he only spent a total of nine days here. 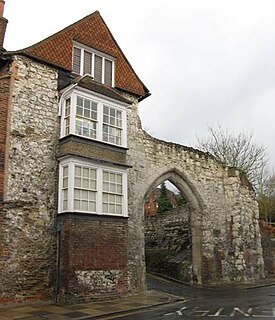 Surrey Archaeological Society is a county archaeological society, founded in 1854 for "the investigation of subjects connected with the history and antiquities of the County of Surrey" in England.

The following is a timeline of the history of the city of Nottingham, England. 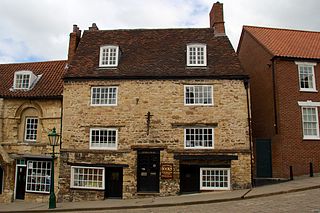 The Society for Lincolnshire History and Archaeology or SLHA aims to create a greater awareness of the history of Lincolnshire, and works to discover and record its heritage. In its present form, the Society came into being in 1974, but it has antecedents dating back to 1844.

The London and Middlesex Archaeological Society (LAMAS) is a society founded in 1855 for the study of the archaeology and local history of the City of London and the historic county of Middlesex. It also takes an interest in districts that were historically in Surrey, Kent, Essex and Hertfordshire, but that now lie within Greater London. The Society receives support from the Museum of London, and works in close association both with the Museum and with Museum of London Archaeology. It acts to some extent as an umbrella organisation to support smaller archaeological and local history societies in the Greater London area. It hosts an Annual Conference of London Archaeologists and an annual Local History Conference.

John Vincent Beckett is an English local historian who has been Professor of English Regional History at the University of Nottingham since 1990.

Myles Thoroton Hildyard (1914–2005) was an English landowner, diarist and historian. He won the Military Cross for his escape from a prisoner-of-war camp after the Battle of Crete.