Thorowgood Smith (1744 in Accomac County, Virginia – August 13, 1810) was the second mayor of Baltimore from 1804 to 1808. [1] He was appointed to that position when his predecessor James Calhoun resigned. He served for 4 years. He reformed the police system, and ordered the building the plumbing system by the Baltimore water company. Smith was well respected throughout the region. He died in 1810.

William Bradford was an early English printer in North America. He is best known as "the pioneer printer of the Middle colonies" and the head of a family that included publishers for 140 years. He was also known for controversies regarding freedom of the press. 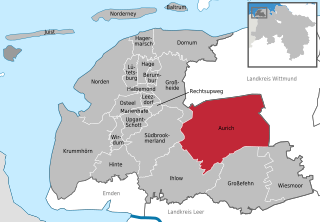 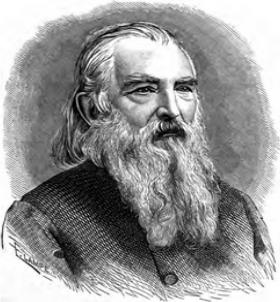 Friedrich Conrad Dietrich Wyneken was a missionary pastor in the United States. He also served for fourteen years as the second president of the Lutheran Church–Missouri Synod, and helped found and was the first president of Concordia Theological Seminary.

James Adair (c.1709–1783) was a native of County Antrim, Ireland, who went to North America and became a trader with the Native Americans of the Southeastern Woodlands.

Union Square is a neighborhood located in the Sowebo area of Baltimore. It dates to the 1830s and includes a historic district of houses and commerce buildings.

James M. Smith Jr was an American lawyer and politician from New York.

Elizabeth Bonhôte, née Mapes was an English novelist, essayist and poet. Her most successful work was Bungay Castle, a Gothic romance written after her husband bought the ruins of the real Bungay Castle.

The London Merchant is playwright George Lillo's most famous work. A tragedy that follows the downfall of a young apprentice due to his association with a prostitute, it is remarkable for its use of middle and working class characters. First performed at the Drury Lane Theatre on 21 June 1731, The London Merchant became one of the most popular plays of the century.

Franz Kaspar Lieblein was a German botanist, born at Karlstadt am Main on 15 September 1744. He is noted for his studies of the flora of Fulda in Hesse, and wrote Flora fuldensis in 1784, in which he described over 300 plant species found in the Rhön Mountains. He died at Fulda on 28 April 1810.

The Bank of Baltimore was a bank based in Baltimore, Maryland, that was chartered in 1795 and failed during the Panic of 1857. It was the seventh American bank to begin business in the United States and the second bank in Maryland.

House at 9 North Front Street is a historic home located at Baltimore, Maryland, United States. It is a ​2 1⁄2-story brick townhouse with a 2-story rear wing. It is three bays wide and two rooms deep. The main house features a gable roof with two dormers on each side and two interior chimneys connected by a parapet. It is one of the few remaining 18th century townhouses in Baltimore. It was home to Thorowgood Smith, the second mayor of Baltimore (1804–1808).

George Mason III was an early American planter, businessman, and statesman. Mason was the father of George Mason IV, a Founding Father of the United States.

The Baltimore City Heritage Walk is a heritage trail that links 20 historic sites and museums in downtown Baltimore, Maryland.

Thomas Kemp was a Baltimore shipbuilder, known for building some of the fastest and best known privateers of the War of 1812, such as Rossie, Comet, Patapsco, Chasseur, and Lynx.