He was born in Aker to barrister Georg Fredrik Egidius Kiær and Julie Caroline Helene Løvenskiold. He was a brother of Dakky Kiær, and great-grandson of Otto Joachim Løvenskiold and Thorvald Meyer. In 1914 he married Ingrid Thaulow, a daughter of painter Frits Thaulow. [1]

Aker is a geographic area within today's Oslo and a former independent municipality in Akershus, Norway. The name originally belonged to a farm which was located near the current Old Aker Church. The church in turn became the source of the name of the parish, the Akershus Fortress, the municipality and the entire county of Akershus, as well as numerous institutions within this area. The name remains in use in two districts of Oslo, Vestre Aker and Nordre Aker.

Dagny Caroline "Dakky" Kiær was a Norwegian politician for the Liberal Party, feminist and civic leader.

Otto Joachim Løvenskiold was a Norwegian judge and politician. He served three terms in the Parliament of Norway, and served as Mayor of Kristiania from 1869 and 1876. He was a Supreme Court Justice from 1854 to his death.

From 1913 Kiær had various administrative positions in the family business, which included forestry and wood-processing industry. From 1938 to 1958 he was chief executive of Orkla Mining Company at Løkken Verk. [1] [2]

Orkla Mining Company Ltd. was a Norwegian mining company established in 1904. The company was the largest mining company in Norway in the aftermath of World War I, and was among the world's largest pyrite producers. After closing of the mining operations in 1987, the company developed into the holding company Orkla ASA, which is among the largest companies at Oslo Stock Exchange. 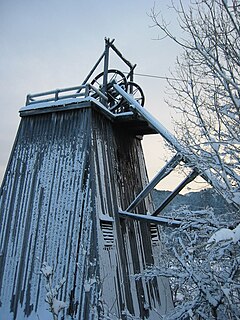 Thorvald Meyer was a Norwegian businessman and philanthropist. He was a wholesaler, retailer and shipowner as well as a land owner and developer.

Johan Aschehoug Kiær (1869–1931) was a Norwegian paleontologist and geologist.

Jørgen Arthur Mathiesen was a Norwegian landowner and businessperson in the forestry sector.

Carl Otto Løvenskiold was a Norwegian naval officer, business executive and land owner. He served as Prime Minister in Stockholm during 1884. 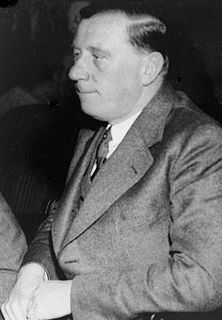 Carl Axel Løvenskiold was a Norwegian landowner and painter.

Bartholomæus Deichman was a Danish/Norwegian clergyman and Bishop.

Jacob Wilhelm Nordan was a Danish-born, Norwegian architect. During his career, he was one of the most prolific church architect in Norway.

Johan Fredrik Thaulow was a Norwegian physician and Army officer.

Heinrich Arnold Thaulow was a physician known for the introduction of balneotherapy in Norway.