Thorsby may refer to: 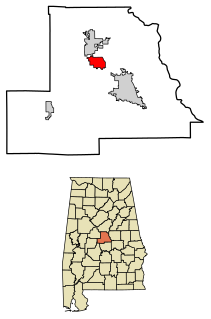 Thorsby is a town in Chilton County, Alabama, United States. As of the 2010 census, the population of the town was 1,980. The town mayor is Robert Height.

Thorsby is a town in central Alberta, Canada. It is located 38 km (24 mi) west of the City of Leduc, along Highway 39. Pigeon Lake and Pigeon Lake Provincial Park are located 20 km (12 mi) south of the community.

William Pierrepont was an English politician who sat in the House of Commons at various times between 1640 and 1660. He supported the Parliamentary cause in the English Civil War.

Alberta Provincial Highway No. 39, commonly referred to as Highway 39, is an east–west highway in central Alberta, Canada. It extends from Highway 22, approximately 13 kilometres (8 mi) east of Drayton Valley, to Leduc where it ends at Highway 2. Highway 39 is about 91 kilometres (57 mi) long.

Arctic Spas is Blue Falls Manufacturing's flagship brand of portable electric hot tubs, developed as a niche product for cold climates. The line is made and sold in Canada, and exported to the United States, Australia, and Europe.

WRYD is a radio station licensed to serve Jemison, Alabama, United States. The station is owned TBTA Ministries, a non-profit based in Birmingham, Alabama.

The Bolsover Colliery Company was a major mining concern established to extract coal from land owned by the Duke of Portland. At its peak the business was a constituent of the FT 30 index of leading companies on the London Stock Exchange.

The Leduc-Nisku Economic Development Association (EDA) is an economic development partnership founded in 1984 that markets Alberta's International Region. It is located in Leduc, Alberta.

Rigsby is a village and part of the civil parish of Rigsby with Ailby, in the East Lindsey district of Lincolnshire, England. It is situated approximately 2 miles (3 km) west from the town of Alford. The origin of the name Rigsby is of, Old Norse-Vikings. Rigsby - Land of Odin, Rig - Old Norse God, By - Land of. Similar to many "by"s, Ex: Thorsby, Land of Thor. Visby - Land of a Holy place, Hedeby - Land of Heath 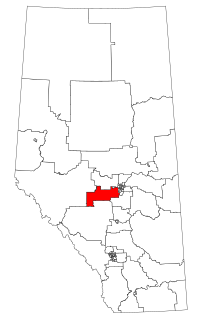 Drayton Valley-Devon is a provincial electoral district in central Alberta, Canada. The district was created in the 2010 boundary redistribution and is mandated to return a single member to the Legislative Assembly of Alberta using the first past the post voting system.

Morten Thorsby is a Norwegian footballer who currently plays for Dutch Eredivisie side SC Heerenveen as a midfielder.

Pelle van Amersfoort is a Dutch footballer who plays as an attacking midfielder for SC Heerenveen of the Dutch Eredivisie.

The Eleven O'Clock is an Australian live-action short film directed by Derin Seale. It was inspired by a sketch from the television series A Bit of Fry and Laurie. It was nominated for an Academy Award for Best Live Action Short Film at the 90th Academy Awards in 2018.

The 2018–19 Eredivisie is the 63rd season of the Eredivisie since its establishment in 1955. The season began on 10 August 2018 and will conclude on 12 May 2019; the Europa League and relegation play-offs will take place later that month. PSV are the defending champions. Emmen, De Graafschap and Fortuna Sittard join as the promoted clubs from the 2017–18 Eerste Divisie. They replace Sparta Rotterdam, Twente and Roda JC who were relegated to the 2018–19 Eerste Divisie.