Thorstad is a Nordic surname that may refer to

David Thorstad is an American political activist engaged with pro-pederast and pro-pedophile activism within the North American Man/Boy Love Association, of which he was a founding member. He was also a former president of New York's Gay Activists Alliance. 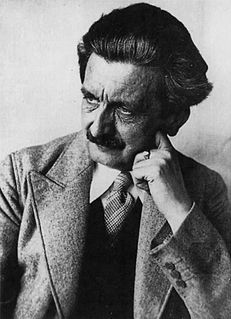 Adolf Brand was a German writer, egoist anarchist, and pioneering campaigner for the acceptance of male bisexuality and homosexuality.

Motility is the ability of an organism to move independently, using metabolic energy. This is in contrast to mobility, which describes the ability of an object to be moved. Motility is genetically determined, but may be affected by environmental factors. For instance, muscles give animals motility but the consumption of hydrogen cyanide would adversely affect muscle physiology, causing them to stiffen, leading to rigor mortis. In addition to animal locomotion, most animals are motile – the term applies to bacteria and other microorganisms, and to some multicellular organisms, as well as to some mechanisms of fluid flow in multicellular organs and tissue. Motile marine animals are commonly called free-swimming, and motile non-parasitic organisms are called free-living.

The Institut für Sexualwissenschaft was an early private sexology research institute in Germany from 1919 to 1933. The name is variously translated as Institute of Sex Research, Institute of Sexology, Institute for Sexology or Institute for the Science of Sexuality. The Institute was a non-profit foundation situated in Tiergarten, Berlin. It was headed by Magnus Hirschfeld. Since 1897 he had run the Wissenschaftlich-humanitäres Komitee, which campaigned on conservative and rational grounds for gay rights and tolerance. The Committee published the long-running journal Jahrbuch für sexuelle Zwischenstufen. Hirschfeld built a unique library on same-sex love and eroticism.

Nidelva is the main river in the Arendal drainage basin in Aust-Agder county, Norway. The 221.7-kilometre (137.8 mi) long river begins at the confluence of two rivers: Nisserelva and Fyreselv. The confluence is located by the village of Haugsjåsund in Nissedal municipality in southern Telemark county. The river flows south into the Skagerrak at the city of Arendal. The watershed covers 4,011 square kilometres (1,549 sq mi) and has an average waterflow of 114.4 cubic metres per second (4,040 cu ft/s) at Rykene near the mouth. The highest waterflow ever recorded on the river was 1,200 cubic metres per second (42,000 cu ft/s) in the autumn of 1987.

Trik Turner is a rap rock band founded in Phoenix, Arizona in 1999. The band is best known for their song "Friends and Family," which reached the top ten on the Billboard Modern Rock chart and received airplay on MTV, VH1 and adult contemporary television and radio formats in 2002. They were the first band to ever have two different videos aired on MTV for the same song, "Friends and Family". One mentioning daughters, and one mentioning sons. They made appearances on Late Show with David Letterman, Last Call with Carson Daly, Late World with Zach and The Late Late Show with Craig Kilborn. "Friends and Family" was also featured on the Mr. Deeds film soundtrack and "Black Sheep" was featured in the film, You Got Served. Although they were to go back into the studio, differences among band members led some to part ways. The band was dropped from RCA Records. They continued to tour and released a second album via their website, Naming the Unidentified, in 2005, in this album they did not feature any rap metal songs. it was just alternative rock songs, they did not use rap vocals in this album.

The Scientific-Humanitarian Committee was founded in Berlin on 14 or 15 May 1897, to campaign for social recognition of gay, bisexual and transgender men and women, and against their legal persecution. It was the first LGBT rights organization in history.

Junior Creative is a 2000 short film directed by Matt McIntosh which stars Erica Leerhsen in her debut role.

Friedrich Radszuweit was a German manager, publisher, and author.

Hoffman High School was a secondary school located in Hoffman, Minnesota. Their mascot was the Bearcat.

The North American Man/Boy Love Association (NAMBLA) is a pedophilia and pederasty advocacy organization in the United States. It works to abolish age-of-consent laws criminalizing adult sexual involvement with minors and campaigns for the release of men who have been jailed for sexual contacts with minors that did not involve coercion. The group no longer holds regular national meetings, and as of the late 1990s—to avoid local police infiltration—the organization discouraged the formation of local chapters. Around 1995, an undercover detective discovered there were 1,100 people on the organization's rolls. In 1997, NAMBLA was the largest group in IPCE, an international pro-pedophile activist organization. Since then, the organization has dwindled to only a handful of people, with many members joining online pedophile networks such as DanPedo, BoyChat, and Annabelleigh, according to Xavier Von Erck, director of operations at the anti-pedophile organization Perverted-Justice. As of 2005, a newspaper report stated that NAMBLA was based in New York and San Francisco.

Hauger is a Norwegian surname, derived from the Old Norse word haugr meaning hill, knoll, or mound. Related derivatives include the common Norwegian surnames Haugan, Hauge and Haugen. Notable people with the surname include:

The Invasion of Compulsory Sex Morality is a book written by Austrian psychoanalyst Wilhelm Reich and published in 1931. The book details Reich's theories of the causes of sexual neuroses, and attempts to explain them in historical, as opposed to Marxist or Freudian terms.

The Jahrbuch für sexuelle Zwischenstufen was an annual publication of the Scientific-Humanitarian Committee, an early LGBT rights organization founded by Magnus Hirschfeld in 1897. The periodical featured articles on scientific, literary, and political topics related to sexual and gender minorities. It was published regularly from 1899 to 1923 and more sporadically until 1933.