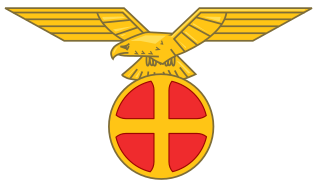 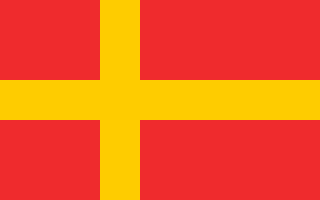 Jens-Halvard Bratz was a Norwegian business executive and government minister with the Conservative Party. He served as Norwegian Minister of Industry from 1981–1983.

Paul Ernst Wilhelm Hartmann was a Norwegian politician who served in the exile government of Johan Nygaardsvold during World War II. He was appointed councilor of state in 1941 and 1942, acting Minister of Finance 1941-1942 and 1942-1945, and member of the government delegation in Oslo in 1945, as head of the Ministry of Agriculture. After the war, he served as chairman of the board of Vinmonopolet from 1945–53. In 1955, Hartmann published his memoires, titled Bak fronten; fra Oslo og London 1939–45.

Harald Viggo Hansteen was a Norwegian lawyer. He was executed during the Occupation of Norway by Nazi Germany.

HNoMS Otra was an Otra-class minesweeper built in 1939 for the Royal Norwegian Navy. Captured by the Germans during the 1940 invasion of Norway and renamed Togo, she was returned to the Norwegians in 1946. Otra remained in service until being sold for scrapping in 1963.

Sverre Parelius Riisnæs was a Norwegian jurist and public prosecutor who was born 6 November 1897 in Vik, Sogn county and died 21 June 1988 in Oslo. He was a member of the collaborationist government Nasjonal Samling in occupied Norway during World War II and a Standartenführer (Colonel) in the Schutzstaffel.

Rolf Wickstrøm was a Norwegian labour activist and a victim of the German occupation of Norway during World War II. 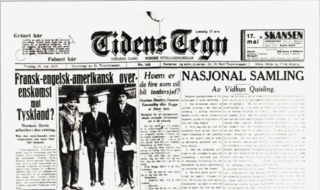 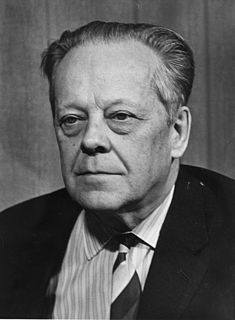 William Steffens was a Norwegian military officer, born in Christiania. He was Major General and commander of the Norwegian 4th Division from 1935. During the Norwegian Campaign in 1940 he was Head of the Armed Forces in Western Norway. He was a delegate in Canada for the Norwegian government-in-exile in London from 1940 to 1941, and was military attaché in the Soviet Union from 1941 to 1945.

Annæus Schjødt was a Norwegian barrister. 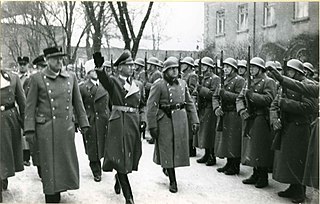 Statspolitiet was from 1941 to 1945 a National Socialist armed police force that consisted of Norwegian officials after Nazi German pattern. It operated independently of the ordinary Norwegian police. The force was established on June 1, 1941 during the German occupation of Norway. The initiative for the force came from the later chief Karl Marthinsen and other prominent members of the collaborationist party Nasjonal Samling. At its peak, in 1944 there were 350 employees in Statspolitiet, in addition to a larger number who collaborated or rendered services for them. Its purpose was primarily to combat so-called political crimes, refugees, espionage, sabotage, armed resistance and other kinds of resistance against the German occupation forces or the Norwegian collaborationist Quisling regime. Statspolitiet played an important role during the Holocaust in Norway, aiding in the deportation of the Jews in Norway. Norwegians were arrested by contemporary laws, and many were later sent to prison camps in Norway and concentration camps in what was then Germany. Statspolitiet was organized with a headquarters in Oslo and six subsidiaries in Oslo and Aker, Stavanger, Bergen, Trondheim, Tromsø and Kirkenes. Statspolitiet was subordinate to the chief of the security police and the Norwegian Minister of Police, Jonas Lie. Statspolitiet also received orders directly from the German Sicherheitspolizei. The general of Statspolitiet, Karl A Marthinsen was liquidated by the Norwegian resistance movement on 8 February 1945. This caused massive reprisals, in which 34 imprisoned resistance fighters were executed at Akershus Fortress.