Last updated September 06, 2022
Icelandic physicist (1954–2019)
This is an Icelandic name. The last name is patronymic, not a family name; this person is referred to by the given name Þorsteinn or Thorsteinn.

Professor Thorsteinn I. Sigfusson (Icelandic : Þorsteinn Ingi Sigfússon; 4 June 1954 in Vestmannaeyjar, Iceland – 15 July 2019) was an Icelandic physicist prominent in the field of energy research. He was awarded the Global Energy Prize in 2007, and was the Director of the Innovation Center Iceland at the University of Iceland, where he held the Icelandic Alloys Chair. [1]

After studying at Hamrahlid College in Reykjavík, Thorsteinn graduated from the University of Copenhagen in 1978 with a degree in Physics. He earned his PhD in 1983 at Darwin College, Cambridge.

Thorsteinn worked as a Professor of Physics in The Science Institute at the University of Iceland, and served as Chairman of The Board of Science Institute (1986–90), University Library (1994), The Research Council of Iceland (1996–99), and the Technical Committee of RANNIS. He also acted as Director of The Engineering Institute and Dean of Faculty of the Renewable Energy School in Akureyri. In 2003–07, he was Co-Chair of The International Partnership for the Hydrogen Economy, and in 2006 he created and chaired the Renewable Energy Prize Ceremony, first awarded by the World Renewable Energy Council during its world conference in Florence.

The companies and institutions he founded include: 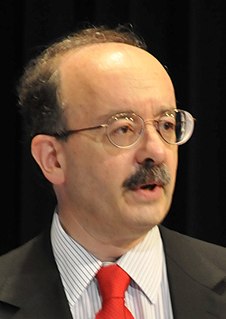 Amory Bloch Lovins is an American writer, physicist, and former chairman/chief scientist of the Rocky Mountain Institute. He has written on energy policy and related areas for four decades, and served on the US National Petroleum Council, an oil industry lobbying group, from 2011 to 2018. 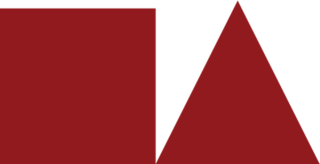 Sajeev John, OC, FRSC is a Professor of Physics at the University of Toronto and Canada Research Chair holder. 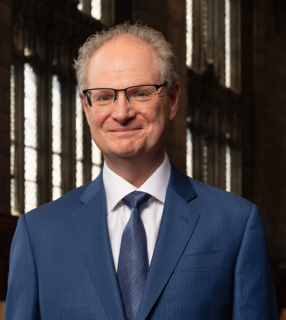 Armand Paul Alivisatos is an American chemist who serves as the 14th president of the University of Chicago. He is a pioneer in nanomaterials development and an authority on the fabrication of nanocrystals and their use in biomedical and renewable energy applications. He was ranked fifth among the world's top 100 chemists for the period 2000–2010 in the list released by Thomson Reuters.

Steven Chu is an American physicist and former government official. He is a Nobel laureate and was the 12th United States Secretary of Energy. He is currently the William R. Kenan Jr. Professor of Physics and Professor of Molecular and Cellular Physiology at Stanford University. He is known for his research at the University of California, Berkeley, and his research at Bell Laboratories and Stanford University regarding the cooling and trapping of atoms with laser light, for which he shared the 1997 Nobel Prize in Physics with Claude Cohen-Tannoudji and William Daniel Phillips. 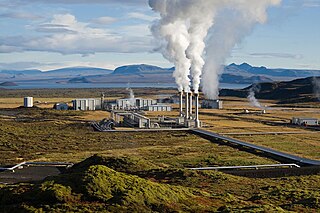 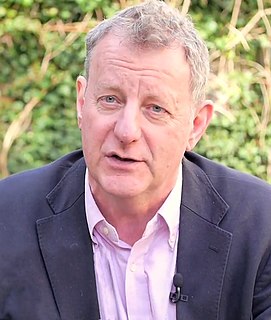 Jeremy Leggett is a British social entrepreneur and writer. He founded and was a board director of Solarcentury from 1997 to 2020, an international solar solutions company, and founded and was chair of SolarAid, a charity funded with 5% of Solarcentury's annual profits that helps solar-lighting entrepreneurs get started in Africa (2006–2020). SolarAid owns a retail brand SunnyMoney that was for a time Africa's top-seller of solar lighting, having sold well over a million solar lights, all profits recycled to the cause of eradicating the kerosene lantern from Africa.

RES - The School for Renewable Energy Science is a private, non-profit, international graduate school located in the city of Akureyri in northern Iceland and shares its facilities with the University of Akureyri. 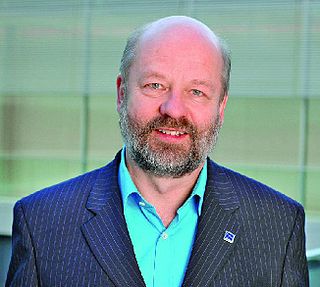 Hans-Josef Fell was a member of the German Parliamentary Group Alliance 90/ the Greens from 1998 to 2013. He served as spokesman on energy for the Alliance 90/The Greens parliamentary group, a member of the Environmental Protection Committee, substitute member of the Committee on Economics and Technology and substitute member of the Defence Committee. Together with Hermann Scheer, he authored the 2000 draft of the Renewable Energy Sources Act, establishing the foundation for the technology developments in photovoltaic, biogas, wind power and geothermal energy in Germany. Fell is founder and president of the Energy Watch Group and an internationally renowned energy and climate change advisor, author and speaker. 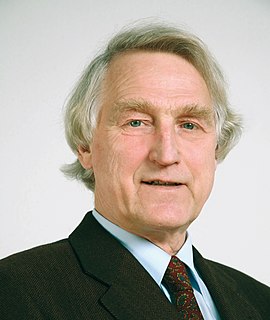 Joachim Luther received his PhD in experimental physics at the Leibniz University Hannover in 1970.

Donal Donat Conor Bradley is the Vice President for Research at King Abdullah University of Science and Technology (KAUST), Saudi Arabia. From 2015 until 2019, he was head of the Mathematical, Physical and Life Sciences Division of the University of Oxford and a Professor of Engineering Science and Physics at Jesus College, Oxford. From 2006 to 2015, he was the Lee-Lucas Professor of Experimental Physics at Imperial College London. He was the founding director of the Centre for Plastic Electronics and served as vice-provost for research at the college. 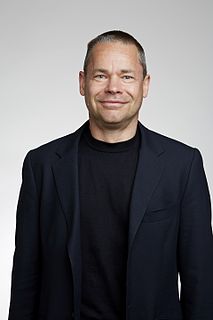 David John Wales FRS FRSC is a professor of Chemical Physics, in the Department of Chemistry at the University of Cambridge.

Onkar Nath Srivastava (1942-2021) was an Indian material physicist, an Emeritus professor of Banaras Hindu University and the vice president for India and South Asia of the International Association for Hydrogen Energy, who is known for his contributions to the disciplines of nanotechnology and hydrogen energy. He is the author of two books and over 440 scientific papers and a recipient of several honors including Shanti Swarup Bhatnagar Prize, the highest Indian award in the science and technology categories. The Government of India awarded him the fourth highest civilian honour of the Padma Shri, in 2016, for his contributions to science and engineering. 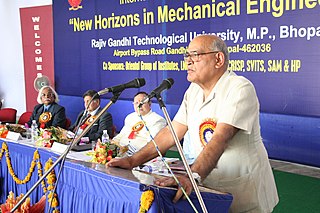 Kasturi Lal Chopra was an Indian materials physicist and a former director of the Indian Institute of Technology, Kharagpur. He was the founder of the Thin Film Laboratory at Indian Institute of Technology, Delhi and the Microscience Laboratory at IIT, Kharagpur and held several US and Indian patents for his research findings. Author of a number of books on thin film technology, he was a recipient of Shanti Swarup Bhatnagar Prize, the highest Indian award in the science and technology categories. The Government of India awarded him the fourth highest civilian honour of the Padma Shri, in 2008, for his contributions to science and engineering.

Muthusamy Lakshmanan is an Indian theoretical physicist currently working as Professor of Eminence at the Department of Nonlinear Dynamics of Bharathidasan University. Presently he is the DST-SERB National Science Chair awarded by Science and Engineering Research Board, Department of Science and Technology. He has held several research fellowships which included Raja Rammanna fellowship of Department of Atomic Energy, Alexander von Humboldt fellowship, Japan Society for the Promotion of Science fellowship, Royal Society Nuffield Foundation fellowship, and NASI-Senior Scientist Platinum Jubilee Fellowship. In the year 2021, on August 15, he was conferred with Dr. A. P. J Abdul Kalam Award by the Government of Tamil Nadu.

Deepak Mathur is an Indian molecular and atomic physicist and was a Distinguished Professor at the Tata Institute of Fundamental Research. He has been the J C Bose National Fellow at the Department of Atomic and Molecular Physics at Manipal Academy of Higher Education and Founding Director of the UM-DAE Centre for Excellence in Basic Science at the University of Mumbai. Known for his research on molecular and biological physics, Mathur is an elected fellow of the Indian Academy of Sciences, Indian National Science Academy and The World Academy of Sciences. The Council of Scientific and Industrial Research, the apex agency of the Government of India for scientific research, awarded him the Shanti Swarup Bhatnagar Prize for Science and Technology, one of the highest Indian science awards, for his contributions to physical sciences in 1991. Amongst other awards, he has been the Royal Society's Guest Fellow at Oxford University and winner of the European Union's Erasmus-Mundus prize in optical science which he held at Imperial College London. Currently he is an Adjunct Professor at Manipal Academy of Higher Education and is also learning to fly. His initial training was on a Grob G-115 2-seater training aircraft but he has now moved on to flying PA-28 4-seater aircraft.