Thorsten Altenkirch (German pronunciation: [ˈtɔʁstn̩ ˈʔaltn̩kɪʁç] ) is a German Professor of Computer Science at the University of Nottingham [1] known for his research on logic, type theory, and homotopy type theory. Altenkirch was part of the 2012/2013 special year on univalent foundations at the Institute for Advanced Study. [2] At Nottingham he co-chairs the Functional Programming Laboratory with Graham Hutton.

In mathematics, logic, and computer science, a type theory is any of a class of formal systems, some of which can serve as alternatives to set theory as a foundation for all mathematics. In type theory, every "term" has a "type" and operations are restricted to terms of a certain type.

Altenkirch obtained his PhD from the University of Edinburgh under Rod Burstall. [3]

Rodney Martineau "Rod" Burstall FRSE is a British computer scientist and one of four founders of the Laboratory for Foundations of Computer Science at the University of Edinburgh.

In type theory, containers are abstractions which permit various "collection types", such as lists and trees, to be represented in a uniform way. A (unary) container is defined by a type of shapes S and a type family of positions P, indexed by S. The extension of a container is a family of dependent pairs consisting of a shape and a function from positions of that shape to the element type. Containers can be seen as canonical forms for collection types.

Epigram is a functional programming language with dependent types. Epigram also refers to the IDE usually packaged with the language. Epigram's type system is strong enough to express program specifications. The goal is to support a smooth transition from ordinary programming to integrated programs and proofs whose correctness can be checked and certified by the compiler. Epigram exploits the propositions as types principle, and is based on intuitionistic type theory. 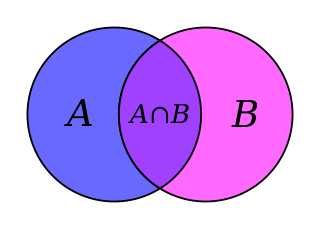 Set theory is a branch of mathematical logic that studies sets, which informally are collections of objects. Although any type of object can be collected into a set, set theory is applied most often to objects that are relevant to mathematics. The language of set theory can be used to define nearly all mathematical objects. 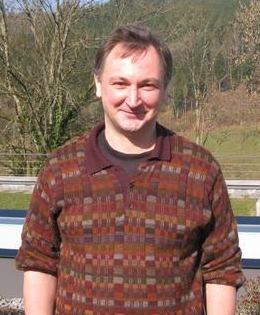 Vladimir Alexandrovich Voevodsky was a Russian-American mathematician. His work in developing a homotopy theory for algebraic varieties and formulating motivic cohomology led to the award of a Fields Medal in 2002. He is also known for the proof of the Milnor conjecture and motivic Bloch-Kato conjectures and for the univalent foundations of mathematics and homotopy type theory.

The Institute for Advanced Study (IAS), located at 1 Einstein Drive, Princeton, New Jersey, in the United States, is an independent postdoctoral research center for theoretical research and intellectual inquiry. It was founded in 1930 by American educator Abraham Flexner, together with philanthropists Louis Bamberger and Caroline Bamberger Fuld. 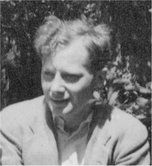 In computer science, a function type is the type of a variable or parameter to which a function has or can be assigned, or an argument or result type of a higher-order function taking or returning a function.

The vertical bar ( | ) is a computer character and glyph with various uses in mathematics, computing, and typography. It has many names, often related to particular meanings: Sheffer stroke, verti-bar, vbar, stick, vertical line, vertical slash,bar, pike, or pipe, and several variants on these names. It is occasionally considered an allograph of broken bar.

ALF is a structure editor for monomorphic Martin-Löf type theory developed at Chalmers University. It is a predecessor of the Alfa, Agda, Cayenne and Coq proof assistants and dependently typed programming languages. It was the first language to support inductive families and dependent pattern matching.

In mathematics, the first Blakers–Massey theorem, named after Albert Blakers and William S. Massey, gave vanishing conditions for certain triad homotopy groups. This connectivity result may also be expressed as that if X is the pushout of

Thomas Streicher is a Professor of Mathematics at Technische Universität Darmstadt. He received his PhD in 1988 from the University of Passau with advisor Manfred Broy.

In type theory, a polynomial functor is a kind of endofunctor of a category of types that is intimately related to the concept of inductive and coinductive types. Specifically, all W-types are initial algebras of such functors.