Frederick Thorvald Hansen (3 May 1847 - 24 January 1915) was a Danish trumpeter and composer. As a boy, he learned to play the piano, organ, violin, and later trumpet. In 1867, Hansen joined the Tivoli Concert hall Orchestra and in 1884 he was hired as a solo trumpeter in the Royal Danish Orchestra. At the same time, he played viola and violin in various chamber ensembles. Hansen was for many years organist substitute for cathedral organist J. P. E. Hartmann in the Church of Our Lady. He also composed and has written a number of smaller pieces for piano and trumpet, but also other things such some Progressive End Exercises for Trumpet in F. In 1893 he joined the Royal Danish Academy of Music to teach trumpet there.

The Royal Danish Orchestra is a Danish orchestra based in Copenhagen. The Danish name for the orchestra indicates its original function as an ensemble geared to supplying the music for court events. The orchestra traces its origins back to 1448 and the Trumpet Corps at the royal court of King Christian I, and thus has claims to be the oldest orchestra in the world. 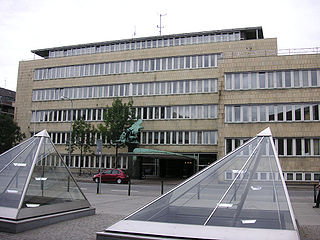 A concerto is a musical composition generally composed of three movements, in which, usually, one solo instrument is accompanied by an orchestra or concert band. It is accepted that its characteristics and definition have changed over time. In the 17th century, sacred works for voices and orchestra were typically called concertos, as reflected by J. S. Bach's usage of the title "concerto" for many of the works that we know as cantatas. 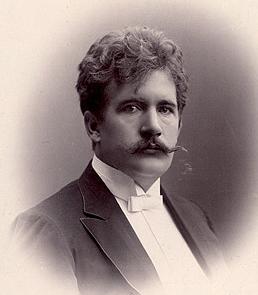 Johan Halvorsen was a Norwegian composer, conductor and violinist. 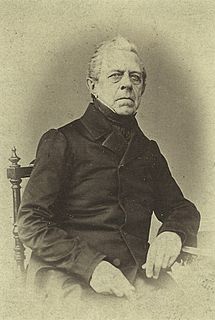 Franz Adolf Berwald was a Swedish Romantic composer. He made his living as an orthopedic surgeon and later as the manager of a saw mill and glass factory, and became more appreciated as a composer after his death than he had been in his lifetime.

Emil Hartmann was a Danish composer, the eldest son of Johan Peter Emilius Hartmann and brother-in-law to Niels Gade and August Winding. His son Oluf Hartmann was a painter.

Axel Ejnar Hakon Børresen was one of the foremost Danish composers of the 20th century.

Gustav Carl Helsted was a Danish organist and composer. He was the son of composer Carl Helsted, brother of painter Viggo Helsted, and nephew of composer Edvard Helsted. He was a student of Gottfred Matthison-Hansen. He was the first organist of the Jesus Church in Copenhagen. He was paid 600 Danish crowns a year for the position. He was also the music director of the Danish Musical Society. 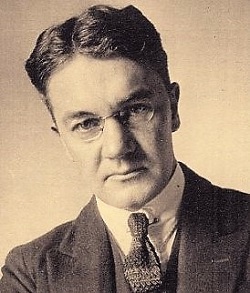 Julius Allan Greenway Harrison was an English composer who was particularly known for his conducting of operatic works. Born in Lower Mitton, Stourport in Worcestershire, by the age of 16 he was already an established musician. His career included a directorship of opera at the Royal Academy of Music where he was a professor of composition, a position as répétiteur at the Royal Opera House, Covent Garden, conductor for the British National Opera Company, military service as an officer in the Royal Flying Corps, and founder member and vice-president of the Elgar Society.

Mark Carlson is an American composer, flutist, UCLA professor, and the founder and Artistic Director of Pacific Serenades.

Juraj Filas is a Slovak composer. His work includes more than 100 compositions: symphonies, cantatas, concerts, numerous compositions for chamber music, as well as the prize-winning TV opera "momento mori"; a concerto grosso "Copernicus"; the opera "Jane Eyre" (2010); "The Wisdom of the Wise Man", a cantata for choir, violoncello and organ; "The Song of Solomon", a cantata for soli, choir and orchestra; and the requiem "Oratio Spei" which is dedicated to the victims of terrorism.

Charles Le Thière was a British composer, arranger and flautist. He was the son of a goldsmith and jeweller Thomas William Tomkins and his wife Eliza Tomkins, who had a store and company in Clerkenwell.