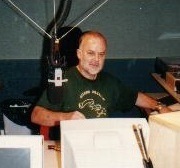 (All songs written by The Olivia Tremor Control)

The Elephant 6 Recording Company is a collective of American musicians who spawned many notable independent bands of the 1990s, including the Apples in Stereo, the Olivia Tremor Control, Neutral Milk Hotel, Beulah, Elf Power, of Montreal, The Minders, and Circulatory System. They are marked by a shared admiration of 1960s pop music.

OTC may refer to:

William "Will" Cullen Hart is an American pop musician and painter. He was a co-founder of The Elephant 6 Recording Company, as well as the rock band The Olivia Tremor Control. Following that band's breakup, Hart and several other former members regrouped to create Circulatory System.

Bill Doss was an American rock musician. He co-founded The Elephant 6 Recording Company in Athens, Georgia and was a key member of The Olivia Tremor Control. Following the band's break-up, he led The Sunshine Fix and later became a member of The Apples in Stereo. Doss was married to freelance photographer Amy Hairston Doss, whom he met while both were attending Louisiana Tech University. 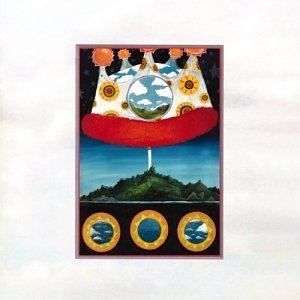 Black Swan Network is a musical side project of The Olivia Tremor Control. With contributions from Neutral Milk Hotel members Jeff Mangum and Julian Koster, as well as individual contributions from J. Kirk Pleasant of Calvin, Don't Jump! and fablefactory's Roxanne Martin, it was intended to be an experimental project in ambient music. After their releases, the band members became busier with their other projects, and Black Swan Network appears to be on permanent hiatus.

Frosted Ambassador was an enigmatic release on Kindercore Records in 1999. While press releases claimed a long career in bands named Chronicle Ape and the New Sound and a failed solo career before "moving to Belgium to study toast," evidence suggests that the project was actually the brainchild of The Olivia Tremor Control's drummer Eric Harris, as the two bands shared a song on the album and a compilation, and William Cullen Hart created the artwork for the album. Also, The Olivia Tremor Control had a song on their album Dusk at Cubist Castle named "Frosted Ambassador"

Pipes You See, Pipes You Don't is a project of The Olivia Tremor Control keyboardist Peter Erchick. Conceived in the early 1990s, their first album was not released until July 2001. The band's name may be from a chapter in a children's encyclopedia. When the members of the Olivia Tremor Control split into their various projects following the release of their Black Foliage album, Erchick submitted a track to a Jandek tribute compilation under this name. 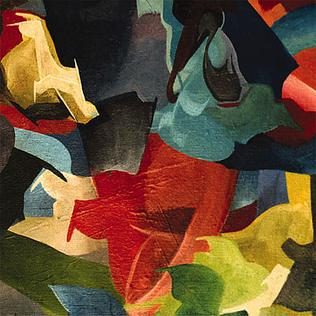 Black Foliage: Animation Music Volume One is the third studio album by American indie rock band The Olivia Tremor Control, released in 1999 through Flydaddy Records. It was re-released on vinyl in November 2011 through Chunklet.

Explanation II: Instrumental Themes and Dream Sequences is an album by American indie rock band The Olivia Tremor Control, initially released as a bonus CD with the first few thousand copies of their 1996 debut album Music from the Unrealized Film Script: Dusk at Cubist Castle. It consists of nine tracks of ambient sounds, recorded by The Olivia Tremor Control, and it has been claimed that the album will produce quadraphonic sound when played in synchronicity with Dusk at Cubist Castle. Explanation II was later re-released on its own by Flydaddy Records in 1998.

Singles and Beyond is a compilation album by American indie rock band The Olivia Tremor Control, consisting of several rare or out-of-print tracks by the band.

The Olivia Tremor Control/The Apples in Stereo is a 1994 split single by the two Elephant 6 bands. 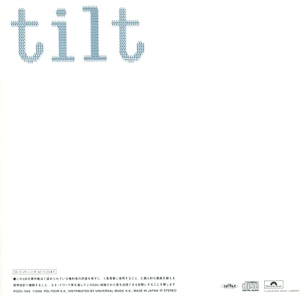 Tilt is the third proper full-length by Shibuya-kei artist Kahimi Karie. It features songs by Momus, Arto Lindsay, Julien Ribot and The Olivia Tremor Control, among others. The track "Pygmalism" was taken from the Momus-penned EP Journey To The Centre Of Me; "Do You Know The Time?" and "Metaphors" were reprised from Karie's Olivia Tremor Control collaboration EP Once Upon A Time of the same year.

Magoo are an English indie rock band who formed in Norfolk, England, in 1992.

Calvin, Don't Jump! started as the solo recording project of J. Kirk Pleasant, a musician with extensive connections to the Elephant 6 Collective. Before moving to Vancouver, British Columbia, Canada, he contributed to releases from bands like the Olivia Tremor Control, Black Swan Network, and Pipes You See, Pipes You Don't. His own albums have featured contributions from musicians like Scott Spillane, Jeremy Barnes, John D'Azzo, as well as Peter Erchick, Eric Harris, and John Fernandes.

Smiling Pets is a Japanese tribute album featuring unusual cover versions of songs and tracks written by American composer Brian Wilson while he was active bandleader for the Beach Boys during the mid-to-late 1960s. The album focuses on content originating from the perennial Pet Sounds (1966) and the mythical Smile project. It was also issued as a double-vinyl LP, albeit with a differently ordered track list.