Though I Know the River Is Dry

The film tells the story of a man's return to Palestine years after making a decision to emigrate to America. The story is told through parallel timelines, interweaved with archival footage.

The film premiered in competition at International Film Festival Rotterdam where it won the Prix UIP and the festival's nomination for Best Short Film at the 2013 European Film Awards. The competition jury stated that "the film is remarkable in the way it connects contemporary political issues with emotional dilemmas. Its cinematographic language builds on the qualities of the photographic composition, the direction of the actors and the subtle and intelligent use of archival material. The result embodies a poetic and restrained approach to questions which unfortunately are becoming more and more commonplace. In a particularly undogmatic manner, it offers multiple readings, while simultaneously sharply addressing historical, political and economical realities. [2]

It won Best Short from the Arab World at the Abu Dhabi Film Festival in November 2013. It has been widely well reviewed. [3]

Elia Suleiman is a Palestinian film director and actor of Rûm Greek Orthodox origin. He is best known for the 2002 film Divine Intervention, a modern tragic comedy on living under occupation in Palestine which won the Jury Prize at the 2002 Cannes Film Festival. Elia Suleiman's cinematic style is often compared to that of Jacques Tati and Buster Keaton, for its poetic interplay between "burlesque and sobriety". He is married to Lebanese singer and actress Yasmine Hamdan.

Paradise Now is a political and psychological drama film directed by Hany Abu-Assad about two Palestinian men preparing for a suicide attack in Israel. It won the Golden Globe Award for Best Foreign Language Film and was nominated for an Academy Award in the same category.

Hany Abu-Assad is a Palestinian film director. He has received two Academy Award nominations: in 2006 for his film Paradise Now, and again in 2013 for his film Omar.

Arab cinema or Arabic cinema refers to the cinema of the Arab world.

The Network for the Promotion of Asian Cinema (NETPAC) is a worldwide organization of 29 member countries. It was created as the result of a conference on Asian cinema organized by Cinemaya, the Asian Film Quarterly, in New Delhi in 1990 at the instance and with the support of UNESCO, Paris.

Cherien Dabis is a Palestinian-American actress, director, producer, and screenwriter. She was named one of Variety magazine's 10 Directors to Watch in 2009.

Annemarie Jacir is a Palestinian filmmaker, writer, and producer. 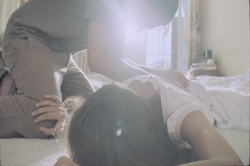 Toz is a Turkish short film. It gained a number of awards at various film festivals in the category of short films.

Holger Ernst / HOLGERSON is a German script writer and film maker based in Berlin. He also lives in New York City and Los Angeles.

The Abu Dhabi Film Festival, formerly the Middle East International Film Festival, was an international film festival which started in 2007. The event was held annually in October in the city of Abu Dhabi, United Arab Emirates. The ADFF aimed to showcase the best films from the region alongside standout productions from prominent international filmmakers. Since 2012, the festival had been part of the Abu Dhabi Media Zone Authority, specifically under Media Zone Events and powered by its partner company, twofour54. It was officially scrapped after eight versions in 2015.

Hisham Zaman is a Norwegian film director and screenwriter of Kurdish origin. He graduated from the Norwegian Film School at Lillehammer in 2004. His films center on the stories and inner dilemmas of characters united by a common refugee experience, exploring human themes such as love, acceptance, sacrifice, revenge, loyalty and honour. He has co-written several of his scripts with the Norwegian crime novelist Kjell Ola Dahl. 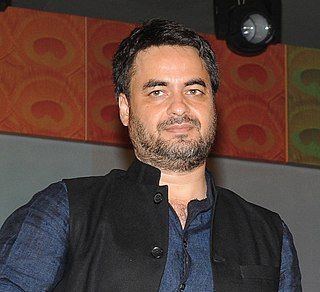 Gurvinder Singh is an Indian film director. He is best known for his Punjabi language films Anhe Ghore Da Daan, and Chauthi Koot which premiered at Venice and Cannes Film Festival respectively. Gurvinder is an alumnus of the prestigious Film and Television Institute of India (FTII), Pune from where he studied film-making and graduated in 2001. He travelled extensively through Punjab between 2002 and 2006, living and traveling with folk itinerants, documenting folk ballads and oral narratives. It led to his first documentary 'Pala'. He continued to make short experimental works and documenting arts/artists for the next few years. In 2005 he was invited by avant-garde Indian filmmaker Mani Kaul to be his teaching assistant for a master-class at FTII, which led to a close association with the filmmaker who became his mentor. He translated and published a book of conversations of Udayan Vajpeyi with Mani Kaul, titled 'Uncloven Space'. His latest film is 'Infiltrator' starring Veer Rajwant Singh which is a 15-minute short story in an international omnibus called 'In the same garden'

Najwa Najjar is a film writer/director. Recently elected to the Academy of Arts and Sciences 2020. Born to a Jordanian father and Palestinian mother, she began her career making commercials and has worked in both documentary and fiction since 1999. Her debut feature film Pomegranates and Myrrh picked up 10 international awards, sold worldwide and was released theatrically and screened at over 80 international festivals.

Cairo Drive is a 2014 Egyptian documentary film by Sherief Elkatsha. The film explores Cairo's chaotic traffic and illustrates the ways in which individuals navigate its hectic roads, unspoken rules, and 14 million vehicles. The film was shot over three years, from 2009 to 2012, and depicts scenes from before, during, and after the 2011 revolution. The film debuted on October 27, 2013 at the Abu Dhabi Film Festival and received the Best Film From the Arab World - Documentary Competition award. It is Elkatsha's fourth feature film and his first to appear in an international film festival.

Till Nowak is a German digital artist and visual artist, graphic designer and filmmaker. He received recognition for his grad project, the 2005 film Delivery, and for his art piece The Experience of Fliehkraft and its film offshoot The Centrifuge Brain Project, both released in 2011, and more recently for his 2015 film Dissonance.

The 29th European Film Awards were presented on 10 December 2016 in Wrocław, Poland. The ceremony is one of a number of events to take place in Wrocław as the city is a 2016 European Capital of Culture, along with San Sebastián. The nominations and winners were selected by more than 2,500 members of the European Film Academy.

Naji Abu Nowar is a British-Jordanian film director, writer and producer. Best known for his works Death of a Boxer (2009), Till Death (2012) and Theeb (2014) for which he received wide spread acclaim and recognition, including a Best Foreign Language Film nomination at 88th Academy Awards, nomination for Best film not in the English language, and the BAFTA Award for Outstanding Debut by a British Writer, Director or Producer at the 69th British Academy Film Awards. Theeb is the first Jordanian film to receive an Oscar nomination.

Ahd Hassan Kamel is an actress and filmmaker from Jeddah, Saudi Arabia. She is known for her role in the BAFTA-nominated film, Wadjda (2014) and for her role as Fatima in BBC Two's Collateral (2018).