The Thousand Hope Candidates (Turkish: Bin Umut Adayları) was an electoral alliance between four left-wing political parties in Turkey, formed in preparation for the 2007 general election. The alliance contested the election by fielding candidates from participating parties as independents in order to bypass the 10% election threshold needed to win seats in the Turkish Grand National Assembly. The alliance's candidates won a total of 1,334,518 votes and 22 seats in the election. [1]

Lacking a realistic prospect of gaining parliamentary representation due to the 10% threshold, the pro-Kurdish Democratic Society Party (DTP), the socialist libertarian Freedom and Solidarity Party (ÖDP), the Labour Party (EMEP) and the Socialist Democracy Party (SDP) joined forces and decided to field candidates under a joint alliance, hence creating the Thousand Hope alliance. [2] The alliance stated that its candidates included individuals who could extend the appeal of the political left to the general public, having also extended support to other left-wing candidates who were not part of the four member parties. [3] The alliance fielded 65 candidates in 40 provinces. [4] The Labour Party and the Freedom and Solidarity Party fielded their own candidates in the remaining 41 provinces but fell well short of the 10% electoral threshold.

The alliance was also in favour of minority rights, having openly campaigned as 'Kurds wanting peace'. Segments of society such as the LGBT community, which the alliance claimed had faced discrimination and oppression, played a major role in alliance's election campaign. Critics branded the alliance as Kurdish nationalist, pointing to the pro-Kurdish DTP, which was the biggest of the four participating parties. [5]

A similar alliance, namely the Labour, Democracy and Freedom Bloc, was formed in preparation for the 2011 general election four years later.

22 of a total of 65 candidates were elected. The combined votes won by Thousand Hope candidates were higher than any other party in the provinces of Tunceli, Diyarbakır, Muş, Iğdır, Hakkari and Şırnak. The results represented a significant swing to the governing Justice and Development Party (AKP), which made heavy gains in the Kurdish south-east were the Democratic People's Party had won back in 2002. Only 2 of the 22 Thousand Hope Candidates elected were from non-southeastern provinces, namely Ufuk Uras and Sebahat Tuncel from İstanbul's 1st and 3rd electoral district respectively. The following table shows the distribution of DTP, SDP, EMEP and ÖDP members within the 22 elected members.

The full list of members elected under the Thousand Hope banner are as follows:

The Labour Party and the Freedom and Solidarity Party both fielded candidates as a party in electoral districts where the Thousand Hope Candidates did not run for election. The votes shares won by these parties are as follows. 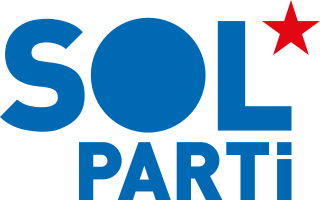 The Left Party, is a secular, socialist political party in Turkey. The Party was founded after Freedom and Solidarity Party decided to change its name as the Left Party at the 8th Extraordinary Congress held in Ankara on December 22, 2019.

The Democratic People's Party was a pro-Kurdish political party in Turkey.

Socialist Democracy Party is a socialist party in Turkey. Most of its members were formerly in an opposition grouping within ÖDP, named Sosyalist Eylem Platformu. They defended closer ties with pro-Kurdish DEHAP and radical left and campaigned against privatisation and European Union membership. Their views were seen "too conservative" by most ÖDP affiliates and they left the party in 2001. 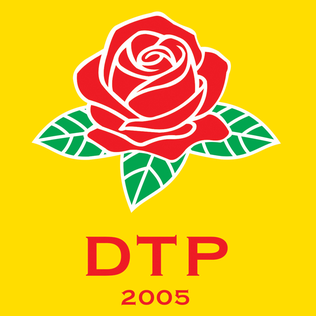 The Democratic Society Party was a Kurdish nationalist political party in Turkey. The party considered itself social-democratic and had observer status in the Socialist International. It was considered to be the successor of the Democratic People's Party (DEHAP). The party was established in 2005 and succeeded in getting elected more than ninety mayors in the municipal elections of 2009. On 11 December 2009, the Constitutional Court of Turkey banned the DTP, ruling that the party has become "focal point of activities against the indivisible unity of the state, the country and the nation". The ban has been widely criticized both by groups within Turkey and by several international organizations. The party was succeeded by the Peace and Democracy Party.

Labour Party is a communist party in Turkey. Its chairman is Ercüment Akdeniz. The party was founded as Emek Partisi in 1996. Due to its ban by the Constitutional Court, it was refounded with the name Emeğin Partisi, the same year. In 2005, the name "Emek Partisi" was reinstalled after the European Court of Human Rights held the ban was a violation of Article 11 of the European Convention on Human Rights.

General elections were held in Turkey on 22 July 2007 to elect 550 members to the Grand National Assembly. Originally scheduled for November, the elections were brought forward after parliament failed to elect a new president to replace Ahmet Necdet Sezer. The result was a resounding victory for the incumbent Justice and Development Party (AKP), which won 46.6% of the vote and 341 seats. The party's leader Recep Tayyip Erdoğan was consequently re-elected as Prime Minister of Turkey. The opposition Republican People's Party (CHP) came second with 20.9% of the vote and took 112 seats. The Nationalist Movement Party (MHP), which had failed to surpass the 10% election threshold in the 2002 election, re-entered parliament with 14.3% of the vote and 71 MPs. The election was fought mostly on Turkey's debate over laïcité that had been perceived to be under threat from the AKP's nomination of Foreign Minister Abdullah Gül, an Islamist politician, for the Presidency. Developments in Iraq, secular and religious concerns, the intervention of the military in political issues, European Union membership negotiations, the United States and the Muslim world were other main issues.

Kurdish nationalist uprisings have occurred periodically in Turkey, beginning with the Turkish War of Independence and the consequent transition from the Ottoman Empire into the modern Turkish state and lasting until present with the current Kurdish–Turkish conflict.

Mehmet Ufuk Uras is a Turkish libertarian politician and economist.

General elections were held in Turkey on 12 June 2011 to elect the 550 members of Grand National Assembly. In accordance to the result of the constitutional referendum held in 2007, the elections were held four years after the previous elections in 2007 instead of five.

The December 2009 Kurdish protests in Turkey were five days of protests in Turkey that ensued after a December 11, 2009 ruling by the Constitutional Court of Turkey that banned the pro-Kurdish Democratic Society Party (DTP), after finding them guilty of having links to the outlawed Kurdistan Workers' Party (PKK) and spreading "terrorist propaganda."

The Peoples' Democratic Party, or Democratic Party of the Peoples, is a pro-minority political party in Turkey. Generally left-wing, the party places a strong emphasis on participatory and radical democracy, feminism, LGBT rights, minority rights, youth rights and egalitarianism. It is an associate member of the Party of European Socialists (PES) a consultative member of the Socialist International and a party within the Progressive Alliance (PA).

The Peoples' Democratic Congress is a union of numerous left-wing political movements, organisations and parties in Turkey that aims to fundamentally recreate Turkish politics and represent oppressed, exploited individuals who face ethnic, religious or gender discrimination. The Congress is anti-capitalist and was formed on 15 October 2011. It organises numerous conferences and holds official congresses. In 2012, the Congress established a new party that would act as its political wing, the Peoples' Democratic Party (HDP). A similar union of left-wing groups, the United June Movement, was formed in 2014.

Abdullah Levent Tüzel is a Turkish politician who was one of the founders of the Labour Party (EMEP) in 1996. He was a Member of Parliament for İstanbul's third electoral district, had been elected as an Independent in the 2011 general election with the backing of the Labour, Democracy and Freedom Bloc. He was with the parliamentary group of the Peoples' Democratic Party (HDP).

The electoral system of Turkey varies for general, presidential and local elections that take place in Turkey every five years. Turkey has been a multi-party democracy since 1950, with the first democratic election held on 14 May 1950 leading to the end of the single-party rule established in 1923. The current electoral system for electing Members of Parliament to the Grand National Assembly has a 7% election threshold.

This is a list of all political parties eligible and intending to contest the Turkish general election of June 2015. Parties wishing to contest were required to send a full list of their candidates to the Supreme Electoral Council of Turkey by 17:00 local time on April 7th, 2015. 20 of the 32 eligible parties submitted candidate lists. A full list of all political parties in Turkey is available here.

The Labour, Democracy and Freedom Bloc was an electoral alliance formed by the pro-Kurdish Peace and Democracy Party (BDP) with several other smaller left-wing parties and political movements in Turkey. The alliance contested the 2011 general election by fielding candidates from participating parties as independents in order to bypass the 10% election threshold needed to win seats in the Turkish Grand National Assembly. The alliance won 5.67% of the vote, initially winning 36 MPs. The Supreme Electoral Council of Turkey later annulled the election of BDP MP Hatip Dicle in Diyarbakır, reducing the alliance's elected MPs to 35. The Bloc fielded 65 candidates in 41 provinces. 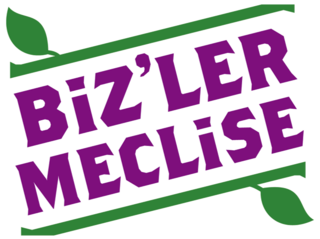 Tuncer Bakirhan is a former chairman of the Democratic People's Party (DEHAP) and the former Mayor of Siirt. He was dismissed from his duties as mayor by the Turkish ministry of the interior, arrested and sentenced to 10 years in prison.

The Kurdistan Workers' Party (PKK) announced a ceasefire on the 13 April 2009, declaring they would only retaliate in self-defense. The ceasefire was encouraged by the electoral success of the Democratic Society Party (DTP) in the municipal elections of 2009. Then in May 2009, the president of the Kurdistan Communities Union (KCK) Murat Karayilan released a statement supportive of an eventual peace process. Later, the PKK prolonged the ceasefire on the 1 June until the 15 July 2009. On the 15 July the DTP organized a manifestation in support of a peace process which was attended by tens of thousands of people in Diyarbakir, and the PKK again prolonged their ceasefire until the 1 September 2009. The Human Rights Association (IHD), Freedom and Solidarity Party and the Labour Party also supported a potential peace process.

The Labour and Freedom Alliance is an electoral alliance in Turkey, formed by Peoples' Democratic Party (HDP), Workers' Party of Turkey (TİP), Labour Party (EMEP), Labourist Movement Party (EHP), Social Freedom Party (TÖP) and Federation of Socialist Councils (SMF). The alliance declared its foundation on the 25th August 2022. In their declaration, the member parties jointly proclaimed that the alliance aims "equality, freedom, fraternity, peace and democracy for the Turkish society"