A loanword is a word adopted from one language and incorporated into another language without translation. This is in contrast to cognates, which are words in two or more languages that are similar because they share an etymological origin, and calques, which involve translation.

Dionysius Thrax was a Hellenistic grammarian and a pupil of Aristarchus of Samothrace. His place of origin was not Thrace as the epithet "Thrax" denotes, but probably Alexandria. He lived and worked in this city but later taught at Rhodes. 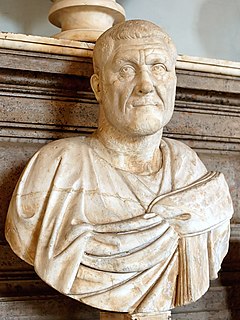 Maximinus Thrax, also known as Maximinus I, was Roman Emperor from 235 to 238. 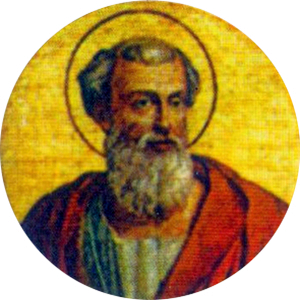 Gordian III was Roman Emperor from 238 AD to 244 AD. At the age of 13, he became the youngest sole legal Roman emperor throughout the existence of the united Roman Empire. Gordian was the son of Antonia Gordiana and an unnamed Roman Senator who died before 238. Antonia Gordiana was the daughter of Emperor Gordian I and younger sister of Emperor Gordian II. Very little is known of his early life before his acclamation. Gordian had assumed the name of his maternal grandfather in 238 AD. 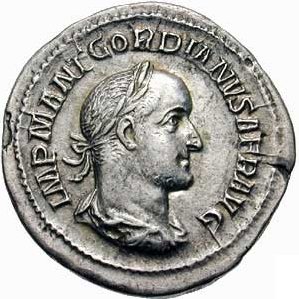 Euphorion of Chalcis was a Greek poet and grammarian, born at Chalcis in Euboea about 275 BC.

Command and Conquer: Generals – Zero Hour is the expansion pack for the 2003 video game Command & Conquer: Generals. Zero Hour added several new abilities and units to each side, and a new mode of play called Generals' Challenge, along with a lot more changes, new features and bug/glitch fixes.

Gaius Petronius Magnus was a senator of consular rank and a Roman usurper. After the death of Emperor Severus Alexander there was much ill-feeling in the Senate about the elevation of Maximinus Thrax to the throne. A group of officers and senators under the leadership of Magnus plotted to overthrow Maximinus. Their plan was to have soldiers destroy the bridge over the river Rhine, after Maximinus had brought the army across during his campaign against the Germans. Maximinus would be left stranded on the north bank of the Rhine, at the mercy of the Germans. Before it was realized, the plan was discovered and all conspirators executed.

The Sword of the Lictor is a science fantasy novel by American writer Gene Wolfe, first released in 1982. It is the third volume in the four-volume series The Book of the New Sun.

Erionota thrax, the palm redeye or the banana skipper, is a butterfly belonging to the family Hesperiidae. It is found from India, through south-eastern Asia to Papua New Guinea. In the north it is found up to southern China. It is an introduced species on various Pacific islands, including the Solomon Islands and Hawaii. It has also been recorded from Mauritius. 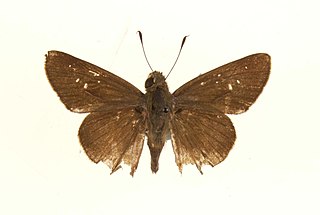 Pelopidas thrax, the pale small-branded swift, millet skipper or white branded swift, is a butterfly belonging to the family Hesperiidae. It is found in Greece, western and south-western Turkey, Israel, Lebanon, Syria, Iraq, Arabia, Africa, Kashmir and the far east. In Greece, it is only known from Samos, Chios, and Rhodes, where it is found at altitudes of sea level to 75 meters. 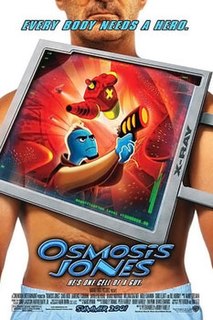 Osmosis Jones is a 2001 American live-action/animated action comedy film with animated scenes directed by Tom Sito and Piet Kroon and live-action scenes directed by the Farrelly brothers. The film centers on Frank Detorre, a slovenly zookeeper; the live-action scenes are set outside Frank's body, while the animated scenes are set inside his body, which is portrayed as a city inhabited by anthropomorphic blood cells and microorganisms. White blood cell cop Osmosis "Ozzy" Jones and cold pill Drix must prevent deadly virus Thrax from killing Frank within forty-eight hours. 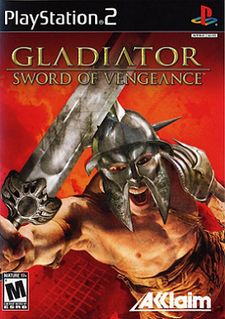 Gladiator: Sword of Vengeance is a hack and slash video game developed by Acclaim Studios Manchester and published by Acclaim Entertainment. The game was released for the PlayStation 2, Xbox, and PC in 2003. A Nintendo GameCube version was cancelled. During development, the game was titled "I Gladiator". Throwback Entertainment acquired the rights to several of Acclaim's properties in 2006, including Gladiator: Sword of Vengeance. 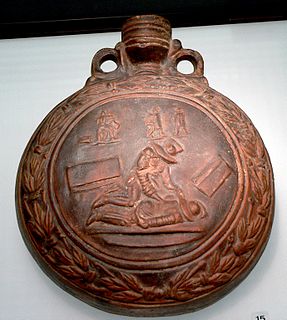 The Thraex, or Thracian, was a type of Roman gladiator, armed in the Thracian style with small rectangular, square or circular shield called a parmula and a very short sword with a slightly curved blade called a sica, intended to maim an opponent's unarmoured back. His other armour included armoured greaves, a protector for his sword arm and shoulder, a protective belt above a loin cloth, and a helmet with a side plume, visor and high crest. 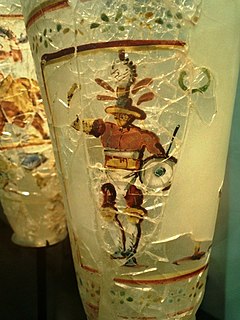 A hoplomachus was a type of gladiator in ancient Rome, armed to resemble a Greek hoplite. The hoplomachus would wear a bronze helmet, a manica on his right arm, loincloth (subligaculum), heavy padding on his legs, and a pair of high greaves reaching to mid-thigh. His weapons were the spear and a short sword. He was often pitted against the murmillo, perhaps as a re-enactment of Rome's wars in Greece and the Hellenistic East. The name hoplomachus means 'armored fighter'. The small, round shield, or hoplon, was as much a weapon as a sword or spear, not unlike the original hoplites, who used it primarily for defensive purposes, but also employed it in their charges, using it to ram their opponents at the onset of a fight. They wear no shoes so the sand will chafe their feet and give them a challenge.

The Art of Grammar is a treatise on Greek grammar, attributed to Dionysius Thrax, who wrote in the 2nd century BC. It is the first work on grammar in Greek, and also the first concerning a Western language; it sought mainly to help speakers of Koine Greek understand the language of Homer and other great poets of the past.