Thread of Lies deals with the aftermath of a suicide by a 14-year-old girl. The nonlinear narrative follows her mother and older sister who set out to solve the mystery of her death, insinuating themselves into the life of the girl who bullied her. [9]

Hyun-sook (Kim Hee-ae) is a widowed single mother who is raising two teenage daughters while working at a big grocery store. One day, her youngest child, 14-year-old Cheon-ji (Kim Hyang-gi) suddenly commits suicide by hanging without even leaving a note. To Hyun-sook and her older daughter Man-ji (Go Ah-sung), Cheon-ji was the sweet child of the family who rarely complained and studied hard, while always trying to comfort her hardworking, often-weary mother. Struggling with guilt and anger, and not knowing why Cheon-ji chose to kill herself, the two women wonder whether there was something they missed or something they could have said or done. Flashbacks of Cheon-ji's past show that she had been the victim of cruel acts of bullying at her middle school, led by Hwa-yeon (Kim Yoo-jung), the prettiest and most popular girl in class whose true callous and manipulative nature hides a tortured soul. [10] [11]

Luke Ryan Baldock of The Hollywood News called it "the best film of the year so far," with "the best exploration of bullying ever seen on-screen, as well as being an uplifting tale of life after death and the importance of understanding." He also praised the script as "brave" for "[tackling] such complex issues in a fair, balanced, and non-judgmental way," and the acting as "miraculous across the board, with the young cast taking centre stage and representing the full gamut of emotions." [12]

Describing it as a "superbly constructed drama," Richard Kuipers of Variety wrote, "Rarely, if ever, has the topic of teenage bullying been examined in such forensic detail and delivered with such devastating emotional impact," and that "helmer Lee Han maintains perfect tonal control and elicits fine performances from a predominantly female cast." [13]

Through positive word of mouth, the small-budget film (₩2.1 billion, or US$1.96 million) grossed more than US$8 million by its second week with 1.2 million admissions, maintaining a strong showing at the box office and online reservation sites, despite competition from Noah , 300: Rise of an Empire and other imported films. Distributor CGV Movie Collage said the film initially had problems going into production because investors doubted its mainstream appeal. But the film resonated with audiences, in a country where suicide, particularly among youths, is a major social issue (Korea has the highest suicide rate among developed/OECD countries). Select theaters screened a barrier-free version, with subtitles/narration for the blind and hearing impaired. Special screenings also took place for student and teacher groups, and the main cast members participated in an anti-school bullying campaign on March 27, 2014. [17]

My Kids Give Me a Headache is a 2012 South Korean television series, starring Lee Soon-jae, Kim Hae-sook, Yoo Dong-geun and Uhm Ji-won. It is about three generations of the Ahn family who are all living in one house in the suburbs of Seoul, and how they deal with the societal discrimination that their smart and highly educated, eldest granddaughter faces when she becomes a single mother. It aired on cable channel jTBC from October 27, 2012 to March 17, 2013 on Saturdays and Sundays at 20:50 (KST) time slot for 40 episodes.

Pots of Gold is a 2013 South Korean television series starring Han Ji-hye, Yeon Jung-hoon, Lee Tae-sung, Lee Soo-kyung, Baek Jin-hee, Park Seo-joon and Kim Hyung-jun. It aired on MBC from April 6 to September 22, 2013 on Saturdays and Sundays at 20:40 for 50 episodes.

Inspiring Generation is a 2014 South Korean television series starring Kim Hyun-joong, Im Soo-hyang and Jin Se-yeon. It aired on KBS2 from January 15 to April 3, 2014 on Wednesdays and Thursdays at 21:55 for 24 episodes. 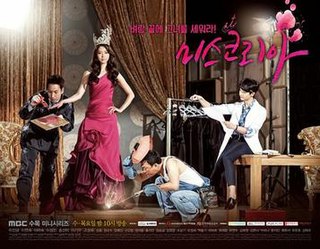 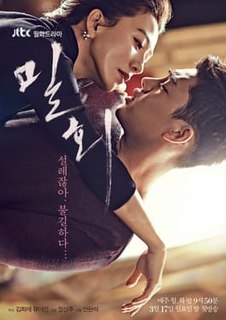 Lee Han is a South Korean film director and screenwriter. He is best known for the coming-of-age film Punch, which became one of the biggest hits on the South Korean box office in 2011. 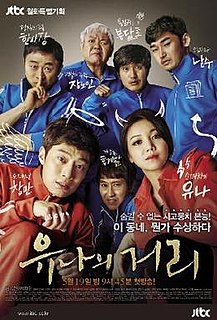 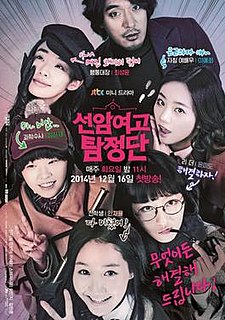 Schoolgirl Detectives is a South Korean television series based on the novel of the same title by Park Ha-ik. Starring Jin Ji-hee, Kang Min-ah, Lee Hye-ri, Lee Min-ji, Stephanie Lee, and Kim Min-joon, it aired on jTBC from December 16, 2014 to March 17, 2015 for 14 episodes.

Heard It Through the Grapevine is a 2015 South Korean television series starring Yoo Jun-sang, Yoo Ho-jeong, Go Ah-sung, and Lee Joon. It aired on SBS from February 23 to June 2, 2015 on Mondays and Tuesdays at 21:55 for 30 episodes. 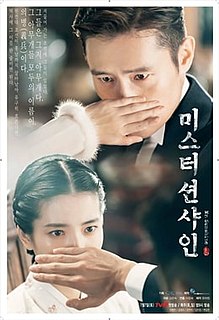 Mr. Sunshine is a 2018 South Korean television series written by Kim Eun-sook and directed by Lee Eung-bok, starring Lee Byung-hun, Kim Tae-ri, Yoo Yeon-seok, Kim Min-jung and Byun Yo-han. The series is set in Hanseong in the early 1900s, and focuses on activists fighting for Korea's independence. The series aired every Saturday and Sunday on tvN starting from July 7, 2018, and ended on September 30, 2018. It premiered internationally on Netflix. As of April 2020, it is the sixth-highest-rated Korean drama in cable television history. 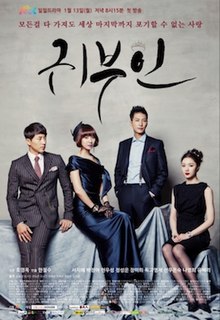