The 3-center 4-electron (3c–4e) bond is a model used to explain bonding in certain hypervalent molecules such as tetratomic and hexatomic interhalogen compounds, sulfur tetrafluoride, the xenon fluorides, and the bifluoride ion. [1] [2] It is also known as the Pimentel–Rundle three-center model after the work published by George C. Pimentel in 1951, [3] which built on concepts developed earlier by Robert E. Rundle for electron-deficient bonding. [4] [5] An extended version of this model is used to describe the whole class of hypervalent molecules such as phosphorus pentafluoride and sulfur hexafluoride as well as multi-center π-bonding such as ozone and sulfur trioxide.

There are also molecules such as diborane (B2H6) and dialane (Al2H6) which have three-center two-electron bond (3c-2e) bonds.

While the term "hypervalent" was not introduced in the chemical literature until 1969, [6] Irving Langmuir and G. N. Lewis debated the nature of bonding in hypervalent molecules as early as 1921. [7] [8] While Lewis supported the viewpoint of expanded octet, invoking s-p-d hybridized orbitals and maintaining 2c–2e bonds between neighboring atoms, Langmuir instead opted for maintaining the octet rule, invoking an ionic basis for bonding in hypervalent compounds (see Hypervalent molecule, valence bond theory diagrams for PF5 and SF6). [9]

In a 1951 seminal paper, [3] Pimentel rationalized the bonding in hypervalent trihalide ions (X−
3, X = F, Br, Cl, I) via a molecular orbital (MO) description, building on the concept of the "half-bond" introduced by Rundle in 1947. [4] [5] In this model, two of the four electrons occupy an all in-phase bonding MO, while the other two occupy a non-bonding MO, leading to an overall bond order of 0.5 between adjacent atoms (see Molecular orbital description).

More recent theoretical studies on hypervalent molecules support the Langmuir view, confirming that the octet rule serves as a good first approximation to describing bonding in the s- and p-block elements. [10] [11]

The σ molecular orbitals (MOs) of triiodide can be constructed by considering the in-phase and out-of-phase combinations of the central atom's p orbital (collinear with the bond axis) with the p orbitals of the peripheral atoms. [12] This exercise generates the diagram at right (Figure 1). Three molecular orbitals result from the combination of the three relevant atomic orbitals, with the four electrons occupying the two MOs lowest in energy – a bonding MO delocalized across all three centers, and a non-bonding MO localized on the peripheral centers. Using this model, one sidesteps the need to invoke hypervalent bonding considerations at the central atom, since the bonding orbital effectively consists of two 2-center-1-electron bonds (which together do not violate the octet rule), and the other two electrons occupy the non-bonding orbital.

In the natural bond orbital viewpoint of 3c–4e bonding, the triiodide anion is constructed from the combination of the diiodine (I2) σ molecular orbitals and an iodide (I−) lone pair. The I− lone pair acts as a 2-electron donor, while the I2 σ* antibonding orbital acts as a 2-electron acceptor. [12] Combining the donor and acceptor in in-phase and out-of-phase combinations results in the diagram depicted at right (Figure 2). Combining the donor lone pair with the acceptor σ* antibonding orbital results in an overall lowering in energy of the highest-occupied orbital (ψ2). While the diagram depicted in Figure 2 shows the right-hand atom as the donor, an equivalent diagram can be constructed using the left-hand atom as the donor. This bonding scheme is succinctly summarized by the following two resonance structures: I—I···I− ↔ I−···I—I (where "—" represents a single bond and "···" represents a "dummy bond" with formal bond order 0 whose purpose is only to indicate connectivity), which when averaged reproduces the I—I bond order of 0.5 obtained both from natural bond orbital analysis and from molecular orbital theory.

More recent theoretical investigations suggest the existence of a novel type of donor-acceptor interaction that may dominate in triatomic species with so-called "inverted electronegativity"; [13] that is, a situation in which the central atom is more electronegative than the peripheral atoms. Molecules of theoretical curiosity such as neon difluoride (NeF2) and berylium dilithide (BeLi2) represent examples of inverted electronegativity. [13] As a result of unusual bonding situation, the donor lone pair ends up with significant electron density on the central atom, while the acceptor is the "out-of-phase" combination of the p orbitals on the peripheral atoms. This bonding scheme is depicted in Figure 3 for the theoretical noble gas dihalide NeF2.

A covalent bond is a chemical bond that involves the sharing of electron pairs between atoms. These electron pairs are known as shared pairs or bonding pairs, and the stable balance of attractive and repulsive forces between atoms, when they share electrons, is known as covalent bonding. For many molecules, the sharing of electrons allows each atom to attain the equivalent of a full valence shell, corresponding to a stable electronic configuration. In organic chemistry, covalent bonds are much more common than ionic bonds.

A Lewis acid (named for the American physical chemist Gilbert N. Lewis) is a chemical species that contains an empty orbital which is capable of accepting an electron pair from a Lewis base to form a Lewis adduct. A Lewis base, then, is any species that has a filled orbital containing an electron pair which is not involved in bonding but may form a dative bond with a Lewis acid to form a Lewis adduct. For example, NH3 is a Lewis base, because it can donate its lone pair of electrons. Trimethylborane (Me3B) is a Lewis acid as it is capable of accepting a lone pair. In a Lewis adduct, the Lewis acid and base share an electron pair furnished by the Lewis base, forming a dative bond. In the context of a specific chemical reaction between NH3 and Me3B, a lone pair from NH3 will form a dative bond with the empty orbital of Me3B to form an adduct NH3•BMe3. The terminology refers to the contributions of Gilbert N. Lewis. 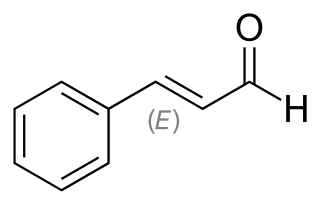 The octet rule is a chemical rule of thumb that reflects the theory that main-group elements tend to bond in such a way that each atom has eight electrons in its valence shell, giving it the same electronic configuration as a noble gas. The rule is especially applicable to carbon, nitrogen, oxygen, and the halogens, but also to metals such as sodium or magnesium. Other rules exist for other elements, such as the duplet rule for hydrogen and helium, or the 18-electron rule for transition metals.

In chemistry, resonance, also called mesomerism, is a way of describing bonding in certain molecules or ions by the combination of several contributing structures into a resonance hybrid in valence bond theory. It has particular value for describing delocalized electrons within certain molecules or polyatomic ions where the bonding cannot be expressed by one single Lewis structure.

In chemistry, a hypervalent molecule is a molecule that contains one or more main group elements apparently bearing more than eight electrons in their valence shells. Phosphorus pentachloride, sulfur hexafluoride, chlorine trifluoride, the chlorite ion, and the triiodide ion are examples of hypervalent molecules.

In chemistry, primarily organic and computational chemistry, a stereoelectronic effect is an effect on molecular geometry, reactivity, or physical properties due to spatial relationships in the molecules' electronic structure, in particular the interaction between atomic and/or molecular orbitals. Phrased differently, stereoelectronic effects can also be defined as the geometric constraints placed on the ground and/or transition states of molecules that arise from considerations of orbital overlap. Thus, a stereoelectronic effect explains a particular molecular property or reactivity by invoking stabilizing or destabilizing interactions that depend on the relative orientations of electrons in space.

A chalcogen bond (ChB) is an attractive interaction in the family of σ-hole interactions, along with hydrogen bonds and halogen bonds. Electrostatic, charge-transfer (CT) and dispersion terms have been identified as contributing to this type of interaction. In terms of CT contribution, this family of attractive interactions has been modeled as an electron donor ) interacting with the σ* orbital of a C-X bond of the bond donor. In terms of electrostatic interactions, the molecular electrostatic potential (MEP) maps is often invoked to visualize the electron density of the donor and an electrophilic region on the acceptor, where the potential is depleted, referred to as a σ-hole. ChBs, much like hydrogen and halogen bonds, have been invoked in various non-covalent interactions, such as protein folding, crystal engineering, self-assembly, catalysis, transport, sensing, templation, and drug design.

Nontrigonal pnictogen compounds refer to tricoordinate trivalent pnictogen compounds that are not of typical trigonal pyramidal molecular geometry. By virtue of their geometric constraint, these compounds exhibit distinct electronic structures and reactivities, which bestow on them potential to provide unique nonmetal platforms for bond cleavage reactions.

Linnett double-quartet theory (LDQ) is a method of describing the bonding in molecules which involves separating the electrons depending on their spin, placing them into separate 'spin tetrahedra' to minimise the Pauli repulsions between electrons of the same spin. Introduced by J. W. Linnett in his 1961 monograph and 1964 book, this method expands on the electron dot structures pioneered by G. N. Lewis. While the theory retains the requirement for fulfilling the octet rule, it dispenses with the need to force electrons into coincident pairs. Instead, the theory stipulates that the four electrons of a given spin should maximise the distances between each other, resulting in a net tetrahedral electronic arrangement that is the fundamental molecular building block of the theory.