The film's sets were designed by Ricardo J. Conord. 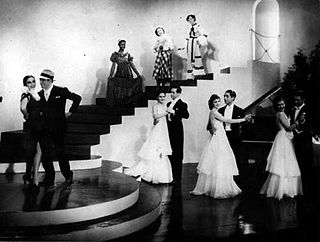 Así es el tango is a 1937 Argentine romantic drama film musical directed and written by Eduardo Morera, based on a play by Florencio Chiarello. Starring Tita Merello and Tito Lusiardo. The film is an Argentine tango film a hugely popular genre of the period and Argentine culture. 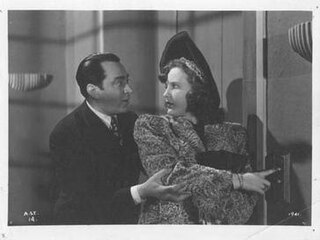 Buenos Aires Nights is a 1935 Argentine romantic musical film directed and written by Manuel Romero with Luis Bayón Herrera. It is a tango film and was edited by Francisco Múgica 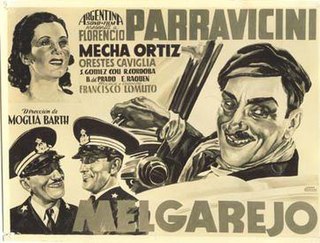 Melgarejo is a 1937 Argentine film directed and written by Luis Moglia Barth. The film premiered in the US on September 19, 1937 and starred Santiago Gómez Cou and Mecha Ortiz. Editing to the film was performed by Carlos Rinaldi. 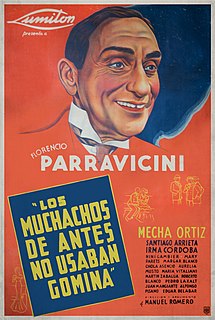 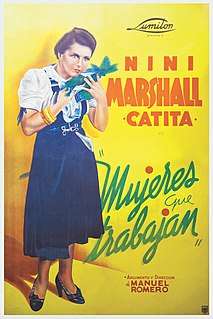 Women Who Work is a 1938 Argentine comedy film drama directed by Manuel Romero. The film premiered in Buenos Aires and starred Tito Lusiardo. 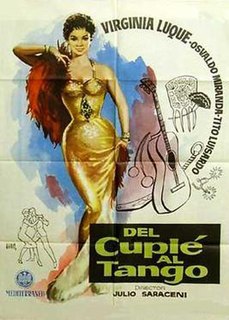 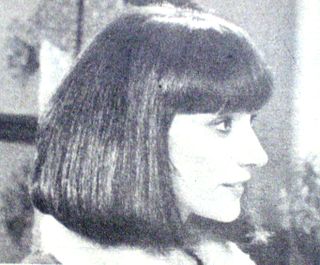 Dora Baret is an Argentine film, theatre and television actress. She was the female lead in Darse cuenta which won the 1984 Silver Condor Award for Best Film. 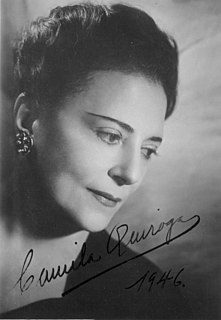 Camila Josefa Ramona Pássera was an Argentine actress acclaimed in America and Europe. She was also one of the founding members of "Asociación Argentina de Actores". 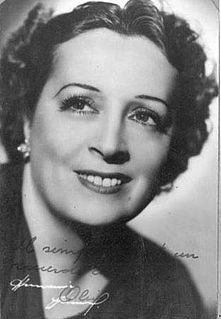 Olinda Bozán was an Argentine film actress and comedian of the Golden Age of Argentine Cinema (1940–1960). Born into a circus family, she acted on the vaudeville circuit, and performed in silent and sound movies. She was trained by the Podestá brothers, one of whom she married, who have one of the most prestigious Argentine acting awards named for them. Bozán' appeared in 75 films and was considered one of the best comic actors of Argentine cinema in the 20th century. 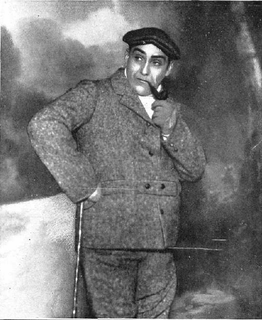 Florencio Parravicini was an Argentine actor who primarily worked during the Golden Age of Argentine Cinema, performing on both stage and in films. From an aristocratic family, he was a relative of the artist Benjamín Solari Parravicini (1898-1974). He began his career singing música criolla, a Latino folk genre of music that exists in many countries throughout Latin America. He appeared in more than three hundred theatrical works and films, becoming one of the leading figures of Argentine entertainment. Facing cancer, Parravicini committed suicide in 1941.

Christmas with the Poor or The Poor People's Christmas is a 1947 Argentine comedy film directed by Manuel Romero and starring Niní Marshall, Irma Córdoba and Tito Lusiardo. 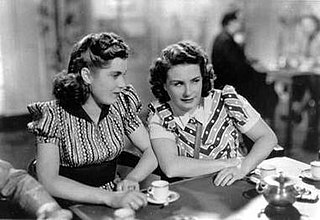 Vicky Astori, known as Bice or Bicky Astori, was an Italian actress who made her career in Argentina.