Three Czech Dances (H. 154) is a set of three solo piano pieces written by the Czech composer Bohuslav Martinů, written in 1926, premiered in 1927, and published in 1929.

Out of the three pieces in the set, two were given the names of traditional Czech dances, Obkročák ("Stepping Round"), and Dupák ("Stomp Dance"), while the third was named Polka. The total duration is approximately ten minutes.

All three pieces have dedications, the first to John Herman, the second to Molié Denyse, and the third to Jeane Mortier. Mortier premiered the entire work, although in segments. The second and third pieces were premiered on 7 March 1927, while the third was premiered on 17 March 1927. Both premier performances took place in Paris.

The manuscript is currently in storage at the Bibliotheque Nationale de France in the Max Eschig depository. Eschig was the publisher of the first edition, in Paris, with copyright attributes to Max Eschig, Paris. This edition is still the only one in print.

An earlier autograph can also be found in the Martinu Centre located in Polička.

Nightclub two step is a partner dance initially developed by Buddy Schwimmer in the mid-1960s. The dance is also known as "Two Step" and was "one of the most popular forms of contemporary social dance" as a Disco Couples Dance in 1978. It is frequently danced to mid-tempo ballads in 4
4 time that have a characteristic quick-quick-slow beat. A classic example is the song Lady In Red.

Bohuslav Jan Martinů was a Czech composer of modern classical music. He wrote 6 symphonies, 15 operas, 14 ballet scores and a large body of orchestral, chamber, vocal and instrumental works. He became a violinist in the Czech Philharmonic Orchestra, and briefly studied under Czech composer and violinist Josef Suk. After leaving Czechoslovakia in 1923 for Paris, Martinů deliberately withdrew from the Romantic style in which he had been trained. During the 1920s he experimented with modern French stylistic developments, exemplified by his orchestral works Half-time and La Bagarre. He also adopted jazz idioms, for instance in his Kitchen Revue.

Opava is a city in the Moravian-Silesian Region of the Czech Republic. It has about 56,000 inhabitants. It lies on the river Opava, located to the north-west of Ostrava. Opava is one of the historical centres of Silesia. It was a historical capital of Czech Silesia.

La revue de cuisine is a ballet in one act by Czech composer Bohuslav Martinů. It was created for sextet: clarinet, bassoon, trumpet, violin, cello and piano, composed in 1927. It was premiered in November 1927 in Prague. The suite drawn from the ballet was premiered in January 1930, in Paris.

The Czech Republic competed at the 2000 Summer Olympics in Sydney, Australia.

Jaromír Weinberger was a Bohemian born Jewish subject of the Austrian Empire, who became a naturalized American composer. 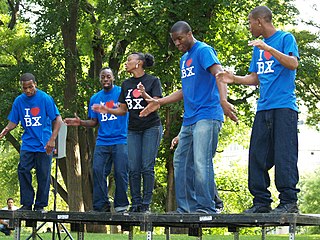 Stepping or step-dancing is a form of percussive dance in which the participant's entire body is used as an instrument to produce complex rhythms and sounds through a mixture of footsteps, spoken word, and hand claps. Though stepping may be performed by an individual, it is generally performed by groups of three or more, often in arrangements that resemble military formations. 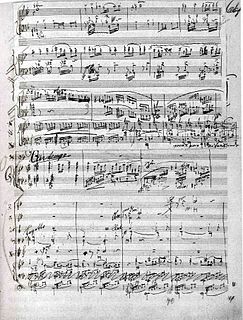 The Concerto for Piano and Orchestra in G minor, Op. 33, is the only piano concerto by Czech composer Antonín Dvořák. Written in 1876, it was the first of three concertos that Dvořák completed, followed by the Violin Concerto, Op. 53 from 1879 and the Cello Concerto, Op. 104, written in 1894–1895. The piano concerto is probably the least known and least performed of Dvořák's concertos. 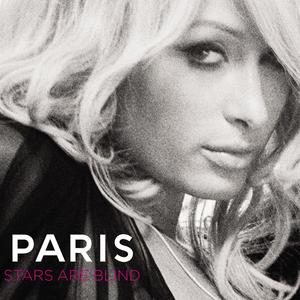 "Stars Are Blind" is a song recorded by American television personality and socialite Paris Hilton for her debut studio studio, Paris (2006). It was released as the lead single from the album on June 5, 2006, by Warner Bros. Records. The song was written by Fernando Garibay, Sheppard Solomon and Ralph McCarthy, and produced by Garibay with additional production by Solomon. "Stars Are Blind" is a mid-tempo reggae fusion song.

Vlastimil Lejsek was a Czech composer and pianist.

String Quartet No.1,, is a chamber composition by the Czech composer Bohuslav Martinů.

Polish folk dances are a tradition rooted in ten centuries of Polish culture and history. Many of the dances stem from regional customs and historical events and are distinct from Czech, Slovak and Germanic styles. National dances include formal ballroom or ballet elements. Nowadays, the dances are only performed during major events, holidays or in tourist-oriented public spaces.

Filip Lazăr was an avant-garde Romanian composer and pianist.

Bohuslav Martinů's Concerto for Oboe and Small Orchestra, H. 353, was written in 1955 for the Czech-born Australian oboist Jiří Tancibudek. Tancibudek had been performing oboe recitals in Australia following his emigration there, and had been often asked to play more Czech music. Although he had never met Martinů, they had both played in the Czech Philharmonic. When Tancibudek wrote to the composer in the early 1950s asking for such a piece, he was initially rebuffed. But Martinů wrote again in 1954, saying he would write the work and asked Tancibudek to introduce it to the world.

The Symphony No. 4, H. 305, by Bohuslav Martinů was composed in New York City from April 1945, and completed at Martinů's summer home at Cape Cod in June 1945. The finale bears the inscription South Orleans, 14th June, 1945.

Edward Swan Hennessy was an Irish-American composer and pianist who lived much of his life in Paris. In his pre-War piano music, he excelled as a miniaturist in descriptive, programmatic music. After joining a group of Breton composers, he developed a reputation as a "Celtic" composer, drawing on his Irish heritage, writing in a style that was unique in a French as well as an Irish context. Even though he has been almost forgotten after 1950, his music was applauded by contemporary French music critics including Henri Collet, Louis Vuillemin, Émile Vuillermoz and Lucien Chevaillier. In some works, he used jazz elements and took inspiration from funfairs and industrial noise, anticipating trends associated with the group of "Les Six".

Max Eschig was a Czech-born French music publisher who published many of the leading French composers of the twentieth century, later also including many East European and Latin American composers.

Éditions Durand are a music publishing company of French origin, among the most important in the field of classical music, which includes three previously independent publishers: