Inspired by the "real time" format of American series 24 , [4] the narrative of Three Days is divided into three parts;Part 1:The Prelude,Part 2:The Showdown,and Part 3:Judgement,with each segment lasting for 72 hours.

The President of South Korea goes on holiday at a private villa. In the middle of the night,three gunshots are fired,and the president goes missing. His bodyguards,led by elite agent Han Tae-kyung,have three days to find the president and escort him safely back to the Blue House.

Three Days follows the intertwining fates of those sworn to protect the president,the president himself,his political staff,and the true power players in the shadows who decide whether he lives or dies.

Three Days initially encountered pre-production difficulties. After negotiations stalled between production company Golden Thumb Pictures and broadcaster SBS,on December 4,2013,SBS removed the drama from its February 2014 programming slate. Five days later,SBS changed its mind and placed the drama back in its original airing schedule. But lead actor Park Yoochun,who had already re-adjusted his shooting schedule for the film Haemoo after the supposed cancellation of Three Days' timeslot,found the schedules of those two projects overlapping,leaving his casting uncertain. [10] On December 20,2013,a press release confirmed that Park was still the lead actor,and that his scheduling problems had been resolved. [11] [12] Park then underwent training in fighting and defense skills for his role as a presidential bodyguard. [13] [14] He continued filming despite suffering a shoulder injury on set. [15]

Screenwriter Kim Eun-hee (who previously penned Sign and Phantom ) had worked on the show's concept for over two years. Prior to filming,she had already written 6 episodes of the 16-episode series,in order to give the cast ample time to prepare and get into character. [16]

It aired in Malaysia on ONE TV ASIA via Astro Channel 393 with English,Chinese and Malay subtitles and later on Astro Shuang Xing via Channel 324 and Channel 307 (HD) starting April 12,2015 at 7.00 PM.

It aired in Indonesia and Singapore on ONE TV ASIA.

Park Yoo-chun,formerly known as Micky Yoochun and better known by the mononym Yoochun,is a South Korean singer-songwriter and actor. He is a former member of the South Korean boy bands JYJ and TVXQ. He has starred in dramas Sungkyunkwan Scandal (2010),Miss Ripley (2011),Rooftop Prince (2012),Missing You (2012),Three Days (2014) and The Girl Who Sees Smells (2015). 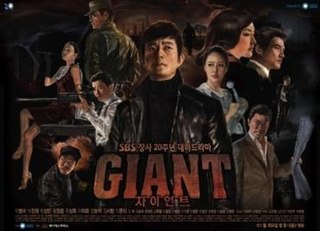 Giant is a 2010 South Korean television series starring Lee Beom-soo,Park Jin-hee,Joo Sang-wook,Hwang Jung-eum,Park Sang-min,and Jeong Bo-seok. It aired on SBS from 10 May to 7 December 2010 on Mondays and Tuesdays at 21:55 for 60 episodes. Giant is a sprawling period drama about three siblings' quest for revenge during the economic boom of 1970-80s Korea. Tragically separated during childhood,the three reunite as adults and set out to avenge their parents' deaths,their fates playing out against a larger tide of power,money,politics,and the growth of a city. 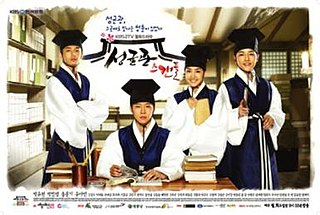 Sungkyunkwan Scandal is a South Korean historical drama starring Park Yoo-chun,Park Min-young,Song Joong-ki and Yoo Ah-in. Directed by Kim Won-seok and written by Kim Tae-hee,it is based on Jung Eun-gwol's bestselling 2007 novel The Lives of Sungkyunkwan Confucian Scholars. It aired on KBS2 from August 30 to November 2,2010 on Mondays and Tuesdays at 21:55 for 20 episodes. 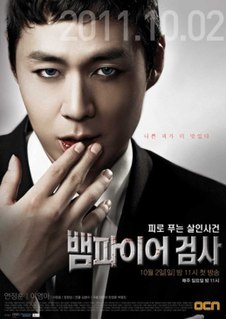 Vampire Prosecutor is a South Korean television series,starring Yeon Jung-hoon,Lee Won-jong,Lee Young-ah and Kim Joo-young. The crime procedural drama tells the story of a prosecutor who hides his identity of being a vampire and solves crimes with his special powers.

The Great Seer is a 2012 South Korean historical television series,starring Ji Sung,Ji Jin-hee,Song Chang-eui,Kim So-yeon and Lee Yoon-ji. Set during the turbulent decline of Goryeo,it is about practicers of divination and the power that they hold over the fate of the country. It aired on SBS from October 10,2012 to February 7,2013 on Wednesdays and Thursdays at 21:55 for 35 episodes. 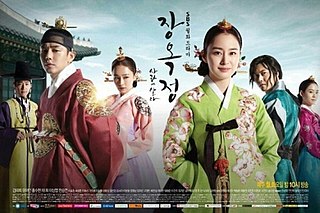 Jang Ok-jung,Living by Love is a 2013 South Korean historical television series,starring Kim Tae-hee,Yoo Ah-in,Hong Soo-hyun and Jae Hee. Based on the 2008 novel by Choi Jung-mi,it is a reinterpretation of Jang Hui-bin's life,as a woman involved in fashion design and cosmetics-making in the Joseon Dynasty. 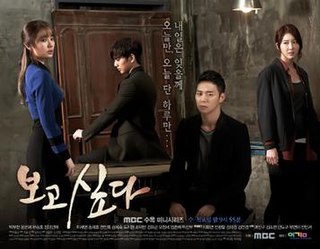 Missing You is a 2012 South Korean television series starring Yoon Eun-hye,Park Yoo-chun and Yoo Seung-ho. It aired on MBC from November 7,2012 to January 17,2013 on Wednesdays and Thursdays at 21:55 for 21 episodes. 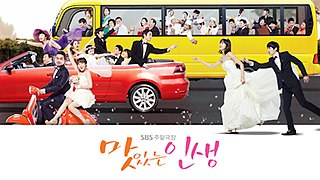 Tasty Life is a 2012 South Korean television series starring Im Chae-moo,Yoon Jung-hee,Ryu Hyun-kyung,Yoo Da-in and Lee Hyeri. The series written by Kim Jung-eun and directed by Woon Goon-il is about four daughters of a wealthy father,who fall in love,marry,and go through the ups and downs in life. It aired on SBS from April 28 to September 23,2012 on Saturdays and Sundays at 20:40 for 39 episodes. 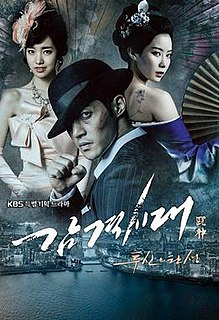 Inspiring Generation is a 2014 South Korean television series starring Kim Hyun-joong,Im Soo-hyang and Jin Se-yeon. It aired on KBS2 from January 15 to April 3,2014 on Wednesdays and Thursdays at 21:55 for 24 episodes.

Golden Rainbow is a 2013 South Korean television drama series starring Uee,Jung Il-woo,Cha Ye-ryun and Lee Jae-yoon. It aired on MBC from November 2,2013 to March 30,2014 on Saturdays and Sundays at 21:55 for 41 episodes. 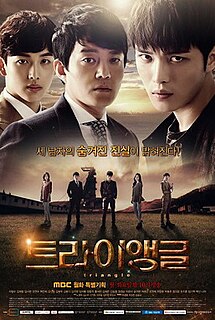 Triangle is a 2014 South Korean television series,starring Lee Beom-soo,Kim Jae-joong and Im Si-wan. It aired on MBC from May 5 to July 29,2014 on Mondays and Tuesdays at 22:00 for 26 episodes. Triangle was directed by Yoo Cheol-yong and written by Choi Wan-kyu,who previously collaborated on the gambling dramas All In (2003) and Swallow the Sun (2009). 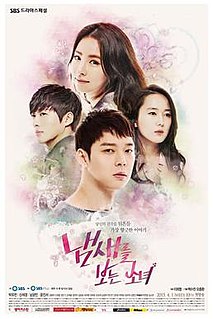 A Girl Who Sees Smells is a 2015 South Korean television series adapted from the KTOON webtoon of the same title by Seo Soo-kyung a/k/a Man Chwi. Starring Park Yoo-chun,Shin Se-kyung,Namgoong Min and Yoon Jin-seo,it aired on SBS on Wednesdays and Thursdays at 21:55 for 16 episodes from April 1 to May 21,2015. 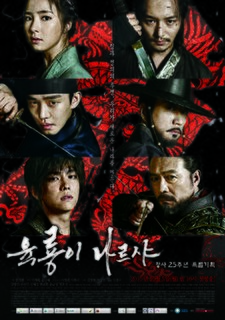 Six Flying Dragons is a South Korean television series starring Yoo Ah-in,Kim Myung-min,Shin Se-kyung,Byun Yo-han,Yoon Kyun-sang and Chun Ho-jin. It aired on SBS on Mondays and Tuesdays at 22:00 for 50 episodes beginning on October 5,2015,as part of SBS 25th anniversary special. The drama serves as a loose prequel to Deep Rooted Tree.

Chicago Typewriter is a 2017 South Korean television series starring Yoo Ah-in,Lim Soo-jung and Go Kyung-pyo. It ran from April to June 2017,with episodes every Friday and Saturday at 20:00 (KST) on tvN. 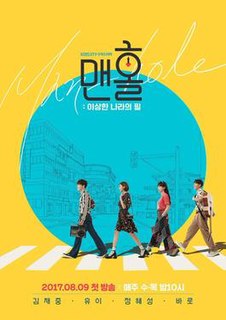 Manhole is a South Korean television series starring Kim Jae-joong,Uee,Baro,Jung Hye-sung. It aired on KBS2,from August 9 to September 28,2017 on Wednesdays and Thursdays at 22:00 (KST) for 16 episodes.