Three Fact Fader is the second full-length studio album by British shoegazing band Engineers, released on 6 July 2009 through the Kscope label. The album was produced by the band along with Ken Thomas, who also worked with Sigur Rós, M83 and Maps, with artwork created by Tom Sheehan.

Shoegazing is a subgenre of indie and alternative rock that emerged in the United Kingdom in the late 1980s. It is characterised by its ethereal-sounding mixture of obscured vocals, guitar distortion and effects, feedback, and overwhelming volume. The term "shoegazing" was coined by the British music press to ridicule the stage presence of a wave of neo-psychedelic groups who stood still during live performances in a detached, introspective, non-confrontational state with their heads down. This was because the heavy use of effects pedals meant the performers were often looking down at the readouts on their effects pedals during concerts.

Engineers are a British shoegazing/dream pop band. The band was formed in London in 2003 by bassist/guitarist/keyboardist Mark Peters, singer/guitarist Simon Phipps, bassist/guitarist Dan MacBean, and drummer Andrew Sweeney. After the release of their second album Three Fact Fader in 2009, MacBean and Sweeney left the band, and were replaced by bassist/vocalist Daniel Land, drummer Matthew Linley, and keyboardist Ulrich Schnauss. Phipps and Land would later leave the band before the release of 2014's Always Returning. Engineers' sound has been described as "hazy, ethereal, and atmospheric," and the band often cites the works of The Beach Boys, Brian Eno, Cocteau Twins, Spiritualized, and Pink Floyd as influences.

To start promoting the record, the band played their first live gig in over two years on 10 July 2009 at the Bush Hall in London. They were joined onstage by special guest Ulrich Schnauss. Richard Barbieri of British progressive rock group Porcupine Tree also performed that night.

Ulrich Schnauss is a German electronic musician and producer based in London, England. 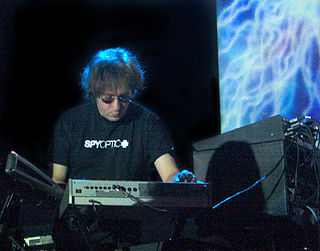 The Three Fact Fader minisite was set up by Kscope containing information about the album. A single for "Clean Coloured Wire" was released on 20 July 2009, and a video clip for the song was released through the minisite to accompany the single. [10] The minisite also includes an excerpt of a remix of the song "Sometimes I Realise" by British musician, record producer, and Kscope label founder Steven Wilson.

A minisite is a website by which companies offer information about one specific product or product group. Typically, a minisite is enhanced by various multimedia content, such as an animated, narrated introduction, and accompanied by a visual scheme which complements the product well. 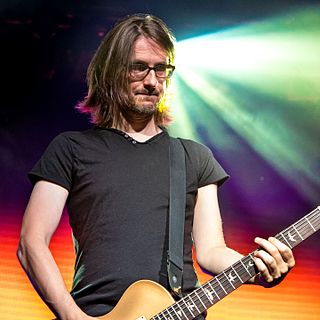 Steven John Wilson is an English musician, singer, songwriter, and record producer, most closely associated with the progressive rock genre. Currently a solo artist, he became known as the founder, lead guitarist, lead vocalist and songwriter of the band Porcupine Tree, as well as being a member of several other bands.

The entire album was available for streaming through the website of NME . [11]

All tracks written by Engineers.

Harmonia is a Krautrock supergroup from Germany. They formed as a collaboration between Michael Rother of Neu! and Hans-Joachim Roedelius and Dieter Möbius of Cluster and later included the British musician Brian Eno. 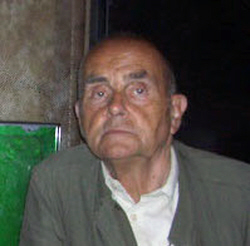 Hans-Joachim Roedelius is a German experimental, ambient and electronic musician. He is best known as a co-founder of the krautrock groups Cluster and Harmonia and for his work in the ambient jazz trio Aquarello. 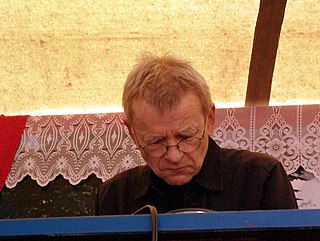 Dieter Moebius was a Swiss-born German electronic musician and composer. 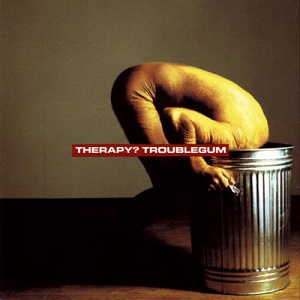 Troublegum is the second major label album by the band Therapy? It was released on 7 February 1994 on A&M Records. 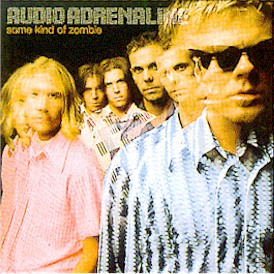 Some Kind of Zombie is the fourth studio album released by Audio Adrenaline.

Paul Edward Draper is an English singer-songwriter, musician and record producer, formerly the frontman of the rock band Mansun. 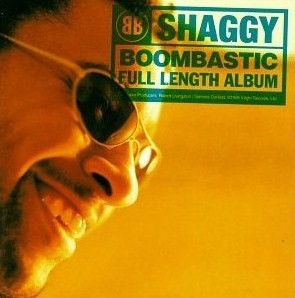 Boombastic is the third studio album released by Jamaican artist Shaggy. The album was released on July 11, 1995. 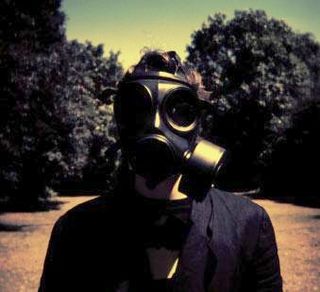 Slipway Fires is the third album by English indie rock band Razorlight. The album was released on 3 November 2008.

Kingdom of Rust is the fourth studio album from British indie rock band Doves. The album was released on 6 April 2009 in the UK via Heavenly Records. A CD/DVD release of Kingdom of Rust, originally announced when promotion started for the album, was pulled by the label three weeks prior to the album's release. The album follows a four-year gap between their last album Some Cities in 2005. Kingdom of Rust was met with generally positive critical acclaim, and entered the UK Albums Chart at number 2.

NSRGNTS RMXS, is the name of a remix EP released by British musician, songwriter and music producer Steven Wilson, comprising remixes of his first full-length studio album, Insurgentes. The EP was released in CD and Vinyl formats with the track list varying to each one. It was available to order worldwide since 15 May 2009, and shipped on 29 June.

North Atlantic Oscillation are a post-progressive rock and electronica band from Edinburgh, Scotland. They are signed to the Kscope record label and released their debut album Grappling Hooks on 22 March 2010. The band currently consists of Sam Healy, Ben Martin and Chris Howard. 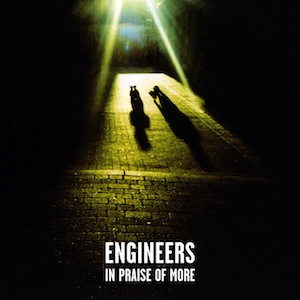 In Praise of More is the third full-length studio album by British shoegazing band Engineers, released on September 27, 2010 through the Kscope label. It is the first to feature Daniel Land, Matthew Linley and Ulrich Schnauss as full-time members of the band.

Welcome to My DNA is the third studio album by Blackfield, a musical collaboration between Steven Wilson and Aviv Geffen. It was released in Europe on 28 March 2011, and released in the US on 19 April 2011, as a digi-book CD and heavyweight vinyl limited to 2000 individually numbered copies. 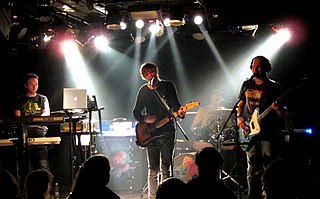 The Pineapple Thief is a British progressive rock band, started by Bruce Soord in 1999 in Somerset, England. The band has released twelve studio albums. 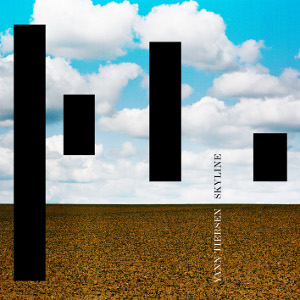 Skyline is the seventh studio album by Yann Tiersen. The album was published by Everything's Calm and released through Mute Records on 17 October 2011 in Europe, and six months later, on 17 April 2012, via ANTI- in North America. 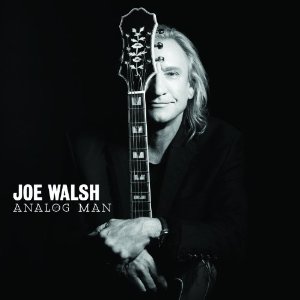 Analog Man is the eleventh and latest solo studio album by the American singer-songwriter and multi-instrumentalist Joe Walsh, formerly of the James Gang and lead guitarist for the Eagles. The album was released in mid 2012, on the label Fantasy in the United States and the United Kingdom, It is also his first new solo studio album to be released since 1992's Songs for a Dying Planet, 20 years prior. The album features 10 new songs, and was co-produced by Jeff Lynne. The album also features contributions from the former Beatles drummer, Ringo Starr, the former Barnstorm members, Kenny Passarelli and Joe Vitale, former James Gang members, Jim Fox and Dale Peters, and also a duet with Little Richard. 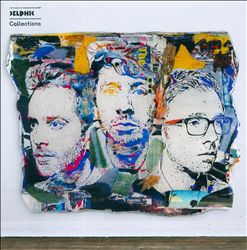 Collections is the second studio album by the English alternative dance band Delphic, released by Polydor Records on 28 January 2013.

Vanishing Point is the ninth studio album by the Seattle, Washington based band Mudhoney. It was released on April 2, 2013. This is their sixth studio album release on Sub Pop. 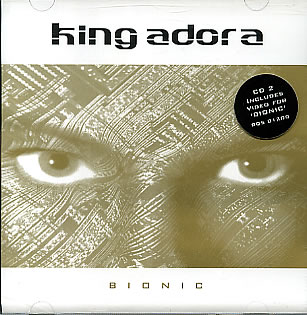 "Bionic" is the fifth single by British glam rock band King Adora. Originally released as a part of a double a-side in 2000, the re-recorded single was released on 14 May 2001 on Superior Quality Recordings and reached number 30 on the UK Singles Chart, becoming the band's second and final Top 40 single. The song would be included on the band's debut album Vibrate You and was frequently played at their live shows.

Always Returning is the fourth full-length studio album by British shoegazing band Engineers, released on August 11, 2014, through the Kscope label. The album is the first to feature Mark Peters on lead vocals throughout, with the rest of the band consisting of Ulrich Schnauss and Matthew Linley. It is the first release not to include vocalist Simon Phipps. The album was preceded by a single, "Fight Or Flight", released on 28 July 2014, with a second single, "A Million Voices," out on 19 January 2015.

Mark Peters is a musician, songwriter and producer who has mainly created music for the band Engineers. He has also collaborated with the electronic musician Ulrich Schnauss on two albums; Underrated Silence and Tomorrow Is Another Day, before releasing collaborations with Elliot Ireland, formerly of the British band Shaft, and Salt Rush .Hes brother is Daniel Alemany