Three Girls From Okinawa is a 2003 compilation album by Japanese group Bleach. [1]

Bleach was an all female thrashcore trio from Okinawa, Japan. On June 10, 2009, Bleach announced on their website that they have disbanded. Their final album, Bleach Stone, was released on July 7, 2009. A "Best of" album was released in Japan on February 22, 2010, and came with a DVD video of their last show. 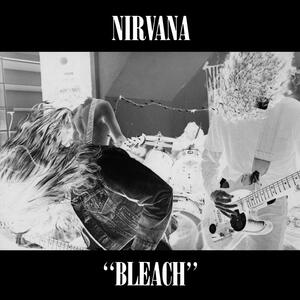 Bleach is the debut studio album by the American rock band Nirvana, released on June 15, 1989 by Sub Pop. The main recording sessions took place at Reciprocal Recording in Seattle, Washington between December 1988 and January 1989.

Bleach is a chemical that removes color or whitens.

Coral bleaching occurs when coral polyps expel algae that live inside their tissues. Normally, coral polyps live in an endosymbiotic relationship with this algae crucial for the health of the coral and the reef. The algae provides up to 90% of the coral's energy. Bleached corals continue to live but begin to starve after bleaching. Some corals recover.

Bleach is a Japanese manga series written and illustrated by Tite Kubo. Bleach follows the adventures of the hotheaded teenager Ichigo Kurosaki who inherits his parents' destiny, after he obtains the powers of a Soul Reaper—a death personification similar to the Grim Reaper—from another Soul Reaper, Rukia Kuchiki. His new-found powers force him to take on the duties of defending humans from evil spirits and guiding departed souls to the afterlife, and set him on journeys to various ghostly realms of existence.

Tite Kubo is a Japanese manga artist. He is best known for his manga series Bleach, which has sold over 120 million copies as of 2018.

Bleach is a Japanese anime television series based on Tite Kubo's manga of the same name. The series ran for a total of 366 episodes. Bleach was produced by Studio Pierrot and directed by Noriyuki Abe. Bleach's Japanese and English voice actors include some of the most credited and known voice actors, including Masakazu Morita and Johnny Yong Bosch. The music was composed by Shirō Sagisu, who also composed the music for Neon Genesis Evangelion. A total of fifteen opening themes and thirty ending themes were used throughout the series, featuring a diverse group of Japanese artists. 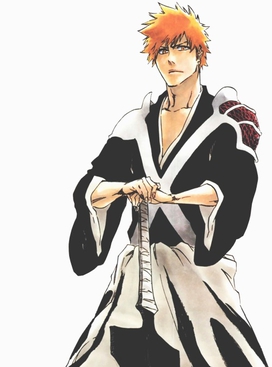 Ichigo Kurosaki is a fictional character in the Bleach manga series and its adaptations created by Tite Kubo. He is the main protagonist of the series, who receives Soul Reaper powers after befriending Rukia Kuchiki, the Soul Reaper assigned to patrol around the fictional city of Karakura Town. These powers come at the cost of Rukia's own, and as a result, Ichigo concedes to work as Rukia's stand-in, fighting to protect people from evil spirits called Hollows and sending good spirits, wholes, to a dimension known as the Soul Society. In addition to the manga series, Ichigo appears in many other pieces of Bleach media, including the anime series, the four featured films, the two original video animations, rock musicals, several video games, light novels and the 2018 live-action film.

The Blasting Room is a recording studio in Fort Collins, Colorado. Founded by members of the punk rock band All in 1994, it is owned and operated by musician Bill Stevenson and Jason Livermore. The studio is known for recording and producing many punk rock bands, with Stevenson and Livermore serving as in-house audio engineers and record producers.

Kemuri is a Japanese-American ska punk band formed in Oxnard, California in 1995. They have an upbeat sound with positive lyrics which they refer to as PMA. While the majority of their songs are in English, they also have some songs in Japanese. After their reformation in 2012, they released four more albums and continue to tour actively. 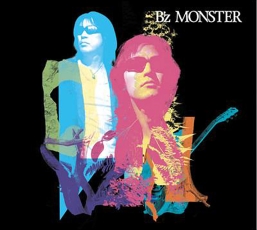 Japanese ska is ska music made in Japan. It is, along with its counterparts elsewhere in the world, part of what has been called the "third wave of ska [that] combines the traditional Jamaican Club sound with metal, punk, folk, funk, and/or country."

The Agent of the Shinigami arc is the first season of the Bleach anime series. The episodes are directed by Noriyuki Abe, and produced by TV Tokyo, Dentsu and Studio Pierrot. In the English release by Viz Media, its title is translated as The Substitute. The episodes are based on Tite Kubo's Bleach manga series, spanning twenty episodes. The episodes' plot covers the adventures of Ichigo Kurosaki after becoming a Soul Reaper and assuming the duties of Soul Reaper Rukia Kuchiki.

The fourth season of the Bleach anime series was directed by Noriyuki Abe and produced by Studio Pierrot. Like the rest of the series, it follows the adventures of Ichigo Kurosaki, but instead of adapting Tite Kubo's Bleach manga, it features an original, self-contained story arc. The twenty-eight episodes form the Bount arc, which focuses on the introduction of the Bount, a race of humans that consume human souls to extend their lives, and their conflicts with Ichigo Kurosaki and his allies.

The sixth season of the Bleach anime series is named the Arrancar: The Arrival arc. In the English adaptation of the anime released by Viz Media, the title of the season is translated as The Arrancar. The episodes are directed by Noriyuki Abe, and produced by TV Tokyo, Dentsu and Studio Pierrot. The season's twenty-two episodes are based on Tite Kubo's Bleach manga series. The episodes' plot centers on the burgeoning war between the Soul Reapers and the arrancar led by former Soul Reaper captain Sōsuke Aizen.

Bleacher Report is a website that focuses on sport and sports culture. Its headquarters are in San Francisco, with offices in New York City and London. 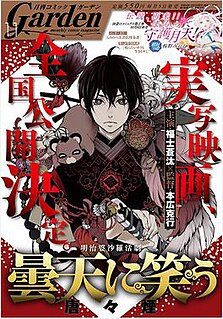