The Prairie Aviation Training Centre (PATC), an affiliate of Prairie College, utilizes this airport as its training base. PATC offers a two-year Associate of Arts in Mission Aviation degree to successful graduates of the program.

Grande Prairie Airport is located 3 nautical miles west northwest of Grande Prairie, Alberta, Canada. It is the largest airport in the Peace River Country of northwestern Alberta and northeastern British Columbia, having served 446,000 passengers in 2014 and 436,000 in 2015, ranking among the busiest regional airports in Canada. 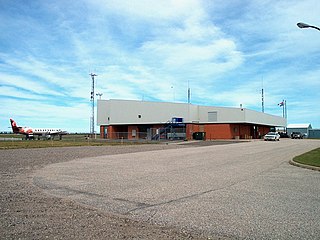 Doig Airport,, is a remote forest fire suppression airfield located in northwestern Alberta, Canada. The name Doig is just the name of the airfield location, named for the Doig River, there is no community with that name. 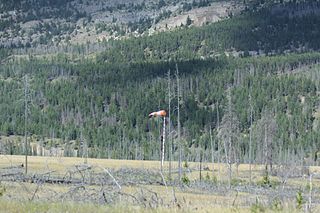 Olds (Netook) Airport is located 3.5 nautical miles north of Olds, Alberta, Canada. The airport is owned and operated by the Air Cadet League of Canada Alberta Provincial Committee. It is home to the Netook Gliding Centre, one of five Air Cadet Gliding Program locations in Alberta.