The cross is made of granite and stands 1.5 m high. [2] The wheelhead includes four holes of which only three are fully cut through, giving the name of the cross and junction. [2] [1] The cross is a scheduled monument and Grade II listed building. [2] [1]

There is a settlement of a few houses nearby. The nearest house, a little way away from the cross was formerly the toll house to allow passage to Wadebridge.

The River Camel is a river in Cornwall, England. It rises on the edge of Bodmin Moor and with its tributaries its catchment area covers much of North Cornwall. The river flows into the eastern Celtic Sea between Stepper Point and Pentire Point having covered about 30 miles, making it the second longest river wholly in Cornwall. The river is tidal upstream to Egloshayle and is popular for sailing, birdwatching and fishing. The name Camel comes from the Cornish language for 'the crooked one', a reference to its winding course. Historically the river was divided into three named stretches. Heyl was the name for the estuary up to Egloshayle, the River Allen was the stretch between Egloshayle and Trecarne, whilst the Camel was reserved for the stretch of river between its source and Trecarne.

The Bodmin & Wenford Railway (BWR) is a heritage railway, based at Bodmin in Cornwall, England. It has an interchange with the national rail network at Bodmin Parkway railway station, the southern terminus of the line.

Wadebridge is a town and civil parish in north Cornwall, England, United Kingdom. The town straddles the River Camel five miles upstream from Padstow. The permanent population was 6,222 in the census of 2001, increasing to 7,900 in the 2011 census. There are two electoral wards in the town. Their total population is 8,272. 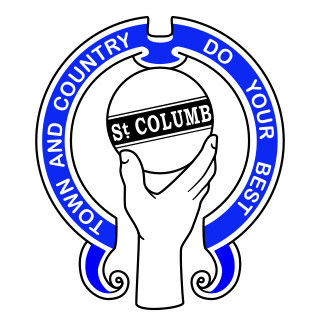 St Columb Major is a town and civil parish in Cornwall, England, United Kingdom. Often referred to locally as St Columb, it is approximately seven miles (11 km) southwest of Wadebridge and six miles (10 km) east of Newquay The designation Major distinguishes it from the nearby settlement and parish of St Columb Minor on the coast. An electoral ward simply named St Columb exists with a population at the 2011 census of 5,050. The town is named after the 6th-century AD Saint Columba of Cornwall, also known as Columb.

Pentire Head is a headland and peninsula on the Atlantic coast in North Cornwall, England, and is about one mile square. The headland projects north-west with Pentire Point at its north-west corner and The Rumps promontory at its north-east corner. 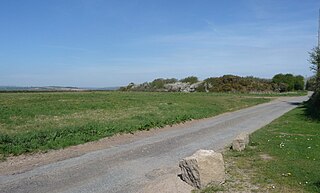 Kelly Rounds, or Castle Killibury is an Iron Age hill fort in Cornwall, England, United Kingdom. It is situated beside the A39 trunk road approximately two miles east of Wadebridge. 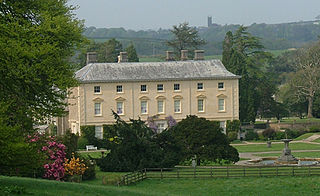 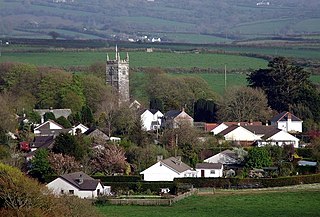 St Tudy is a civil parish and village in north Cornwall, England, United Kingdom. The village is situated in the River Camel valley approximately five miles northeast of Wadebridge. 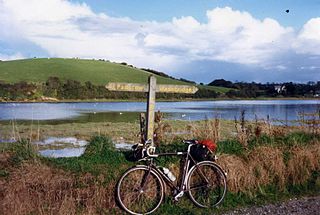 The Camel Trail is a permissive cycleway in Cornwall, England, United Kingdom, that provides a recreational route for walkers, runners, cyclists and horse riders. The trail is flat ; running from Padstow to Wenford Bridge via Wadebridge and Bodmin, it is 17.3 miles (27.8 km) long and used by an estimated 400,000 users each year generating an income of approximately £3 million a year. 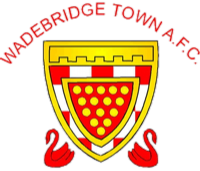 Wadebridge Town Football Club is a football club based in Wadebridge, Cornwall, England, in the UK. They play in the South West Peninsula League Premier Division West. The club is affiliated to the Cornwall County Football Association.

The North Cornwall Railway was a railway line running from Halwill in Devon to Padstow in Cornwall via Launceston, Camelford and Wadebridge, a distance of 49 miles 67 chains. Opened in the last decade of the nineteenth century, it was part of a drive by the London and South Western Railway (LSWR) to develop holiday traffic to Cornwall. The LSWR had opened a line connecting Exeter with Holsworthy in 1879, and by encouraging the North Cornwall Railway it planned to create railway access to previously inaccessible parts of the northern coastal area.

The Okehampton–Bude line was a railway line built to serve Holsworthy in Devon, and Bude on the Cornish coast near the Devon border in England. The line branched from the main line at Meldon Junction to the west of Okehampton on the northern edge of Dartmoor. The line opened in 1879 to Holsworthy and in 1898 to Bude. It is now closed.

Slaughterbridge, Treague and Camelford Station are three adjoining settlements in north Cornwall, England. They straddle the boundary of Forrabury and Minster and Lanteglos by Camelford civil parishes just over a mile (2 km) north-west of the market town of Camelford.

Porthilly is a small coastal settlement on the east side of the River Camel estuary in Cornwall, England, United Kingdom. It is situated immediately south of the larger village of Rock approximately four miles (6.5 km) northwest of Wadebridge.

Wenfordbridge, or Wenford Bridge, is a hamlet some 6 miles (9.7 km) north of Bodmin and on the western flank of Bodmin Moor, in Cornwall, England, UK. It takes its name from an old granite bridge over the River Camel, and lies on the border between the parishes of St Breward and St Tudy. 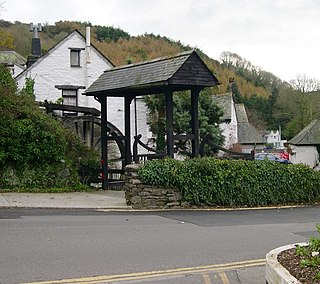 Crumplehorn is a hamlet in Cornwall, England. It forms the northern part of the village of Polperro, within the civil parish of Polperro and is located 4 miles (6.4 km) west of the town of Looe. 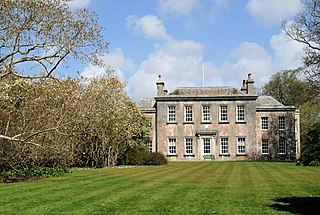 Trewithen House is a Georgian country house in Probus, Cornwall, England. The Palladian house was built by London-based architect Thomas Edwards in 1723. The house is listed Grade I on the National Heritage List for England, and its gardens are Grade II* listed on the Register of Historic Parks and Gardens. 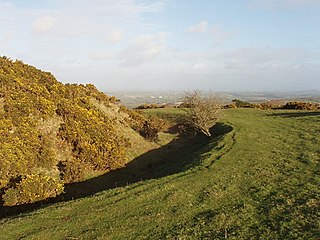 Warbstow Bury is an Iron Age hillfort about 0.5 miles (0.80 km) west of the village of Warbstow, in Cornwall, England. It is a scheduled monument.